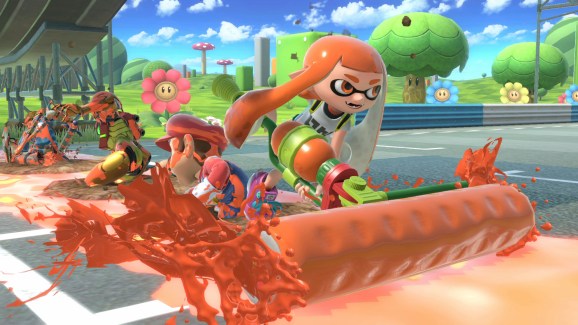 Inkling will be in Super Smash Bros. Ultimate.

Twitter announced in E3 recap post that Nintendo was the top of the list of topics that people tweeted about the most during the show. That was followed by Xbox (@Xbox), Super Smash Bros. (#SuperSmashBros), Fallout (@Fallout), Playstation (@PlayStation), Kingdom Hearts (@KINGDOMHEARTS), Ubisoft (@Ubisoft), Elder Scrolls (@ElderScrolls), Death Stranding (#DEATHSTRANDING), and Fortnite (@FortniteGame).

The countries that tweeted the most, in order, were United States, Japan, United Kingdom, Spain, and France. The most tweeted games were Super Smash Bros. Ultimate, Kingdom Hearts 3, Fallout 76, The Last of Us Part II, and Death Stranding.

The biggest moments were when Nintendo announced the release date for Super Smash Bros. Ultimate, when Ridley was announced as the newest character in that game, and when Elder Scrolls VI was revealed at the Bethesda press conference.

In addition to being some of the most-discussed topics on Twitter, @Nintendo, @Bethesda, @Ubisoft, @PlayStation, and @Xbox were all the #1 worldwide trend on Twitter during their respective #E3 press conferences. The event itself — using hashtags #E3 and #E32018 — was also a top trend on Twitter last week.