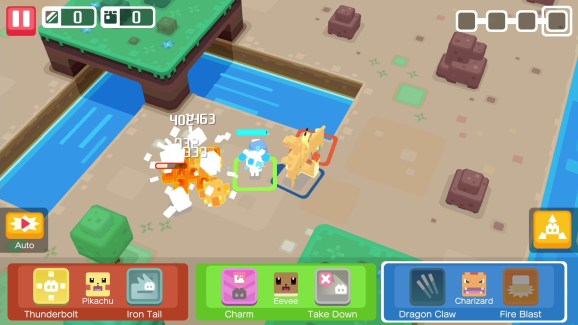 Pokémon Quest is a free-to-play game that has players raising and battling blocky versions of the iconic pocket monsters. It is still coming out for iOS and Android in the future, so its audience will still grow. That means more people that could possibly pay real money for its microtransactions.

Pokémon will continue to have a large presence on the Switch this year. Pokémon Let’s Go Pikachu and Let’s Go Eevee come out on November 16. These games are simplified updates of the original Red and Blue versions of Pokémon. They will also be compatible with the mobile hit Pokémon Go.

We criticized Pokémon Quest for its simple gameplay and pay-to-play mechanics. Still, it is Pokémon, and it is free. It’s not too surprising that it has found an audience.