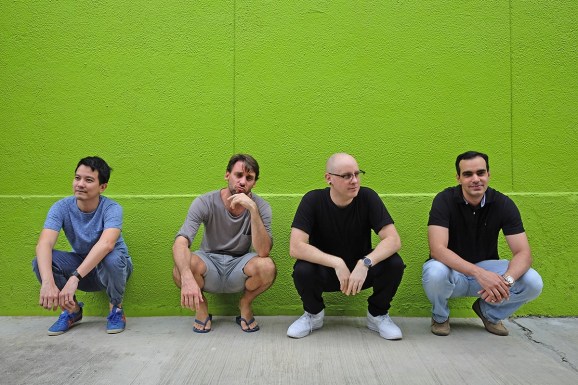 Mighty Bear Games said today it has raised seed funding in the millions of dollars for its next-generation online games. It’s a globally focused games studio in Singapore that rose from the ashes of Nonstop Games in 2016.

The team has games industry veterans with a combined 50-plus years of experience in gaming and technology. Team members came from King, Ubisoft, EA, LucasArts, Disney, Bigpoint, Gameloft, and Jagex.

“Having world-class investors in games and technology from the US, Europe, and Asia is immense,” said Mighty Bear Games CEO Simon Davis, in a statement. “The diversity of expertise will be a great asset especially as we prepare to launch our first game this month and scale globally in the months ahead.”

The investors in this Singapore-based studio include Skycatcher, Everblue, and M Ventures, with backing from Global Founders Capital (the VC arm of Rocket Internet) and angel investors such as cofounder Lev Leviev of VK.com, Eastern Europe’s largest social network with 460 million registered users.

“We’ve been eager to find the right way into the Asian mobile games market, and Mighty Bear gives us an opportunity to enter the space with confidence,” said Kerrie Juras, president of Everblue, in a statement. “We’re excited to back the team, alongside other investment leaders.”

The Mighty Bear team is currently market testing its first game in the Philippines and India ahead of a full global launch on iOS and Android later this year. The company will have 18 people shortly. In an email, Davis said the company will make casual massively multiplayer online role-playing games for mobile devices — akin to those like Runescape or Maple Story.

Mighty Bear was spawned at Pixel, an incubator set up by the Infocomm Media Development Authority of Singapore.