Despite Apple’s annual WWDC announcements of massive payouts to iOS app developers, it’s well known at this point that it’s hard for individual games to make lots of money in the App Store. A new multiyear study from Apptopia quantifies the challenges for game developers today: Even if your game is lucky enough to hit the U.S. App Store’s top 50, it will typically make less than $1.5 million in its best month, then decline considerably. 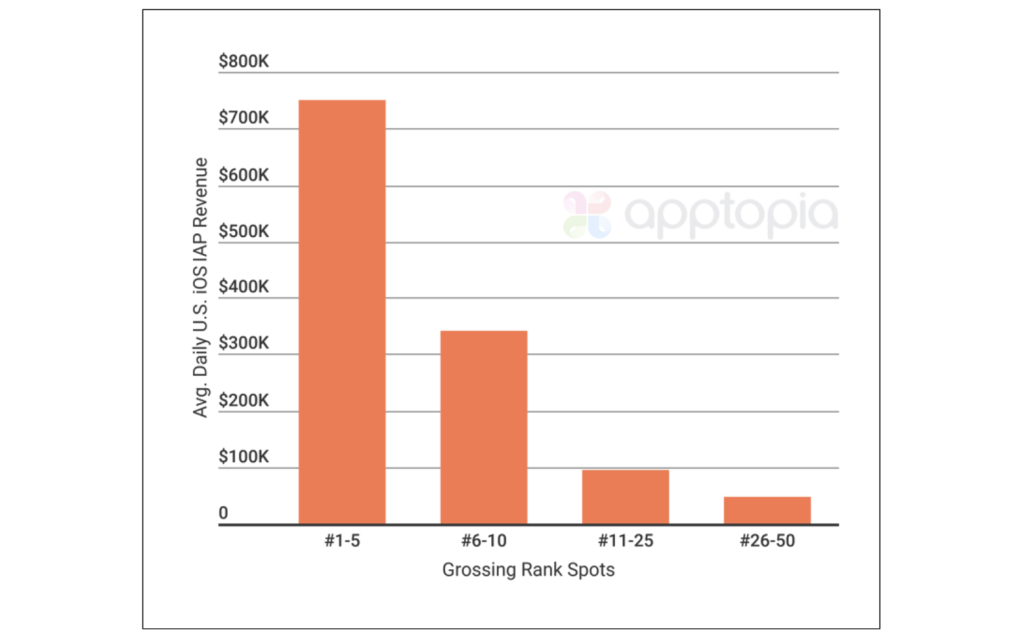 There are over 800,000 games in the App Store, and in 2017, only the top 50 of them took 76 percent of all the revenue, leaving 24 percent of revenues to be shared by the remaining 99.993 percent of games. And if you’re thinking of chasing one of those top spots, it’s worth noting that over the several years of Apptopia’s study, only 14 games hit the No. 1 spot, only 142 hit number 10 or better, and only 525 hit number 25 or better. Moreover, six games — Clash of Clans, Candy Crush Saga, Game of War — Fire Age, and three casino titles — have held top 50 spots for the entire duration of the study. 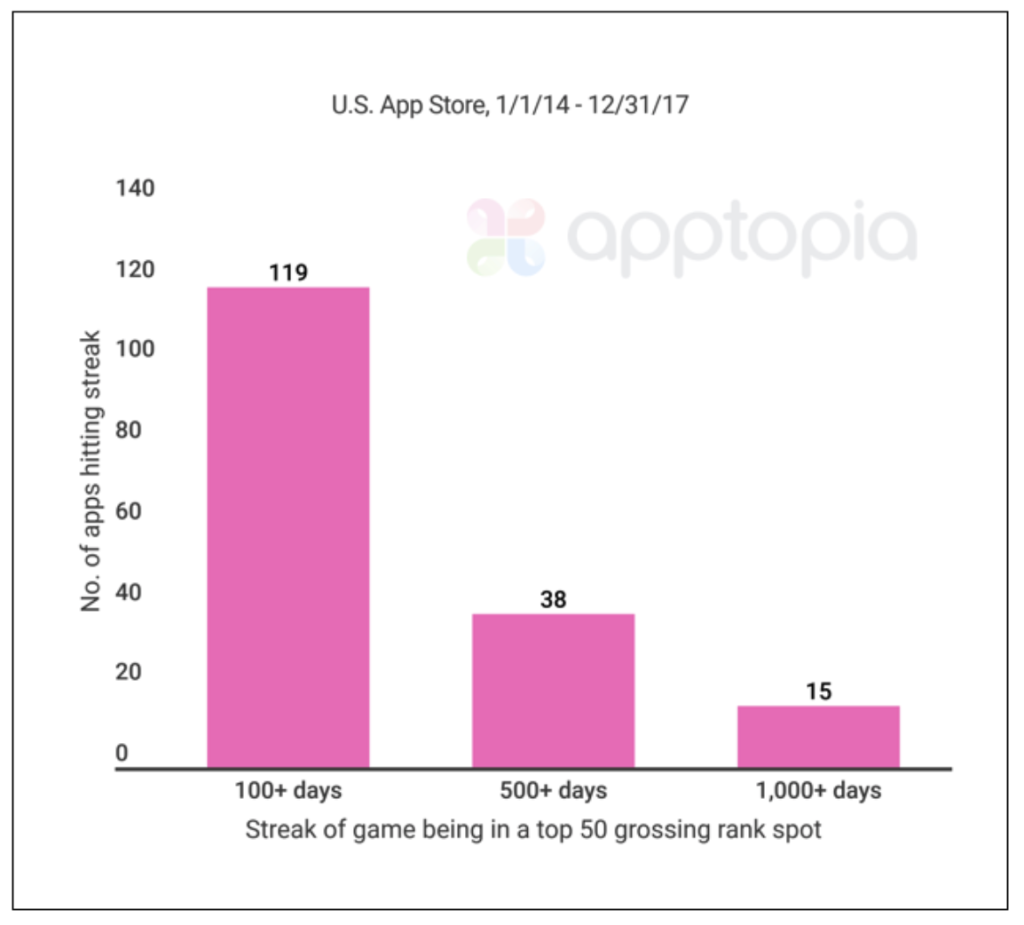 The study’s numbers explain why relatively few top-flight game developers are devoting significant resources to making iOS games, despite Apple’s promises of billions in overall developer revenue. Initial game development budgets are routinely in the multiple millions, and ongoing costs to maintain the games with OS-compatibility software updates and new content can create staffing challenges for even established developers.

But if a developer is blessed with the luck, skill, and/or marketing dollars to hit and remain in the top 50, the rewards can be considerable. Over the study period, 119 games have remained in the top 50 for over 100 days, with 38 in the top 50 for over 500 days, and 15 for over 1000 days. By comparison with the huge number of apps in the store, those are small numbers, but even averaging only $47,000 for a thousand days would be enough to produce $47 million in revenue — more than enough to sustain a business and keep attracting new users.

Apptopia points out that serious money is being made by games that successfully cater to both men and women. The perennially popular Candy Crush games have 61 to 62 percent female users, and Gardenscapes has a 63 percent female base. By comparison,  hits in the Clash of Clans, Pokémon, and Fortnite franchises skew at least a little more male than female on iOS, with 60, 57, and 54 percent male user bases, respectively, though even smaller percentages include vast numbers of female players.