Fortnite is one of the biggest games in the world because it is bringing people together online, and that means a lot of new players are looking for audio headsets to help them communicate with their friends and family. This has led to a huge year-over-year jump in headset sales in the U.S., according to industry-tracking firm The NPD Group.

“Year-to-date sales of both headsets and gamepads have achieved all-time record highs,” NPD analyst Mat Piscatella said. “The previous year-to-date high spending for headsets occurred in 2011 and for gamepads in 2016.”

The gaming headsets/headphones category more than doubled year-over-year in May, Piscatella explained. And year-to-date, the category is up 83 percent compared to the same period in 2017.

Gaming-headset manufacturer Turtle Beach is one of the companies benefiting the most from consumer demand for personal audio and communications devices. Gamers on PC, PlayStation 4, Xbox One, and even the Switch are going out and picking up Turtle Beach products by the truck load. 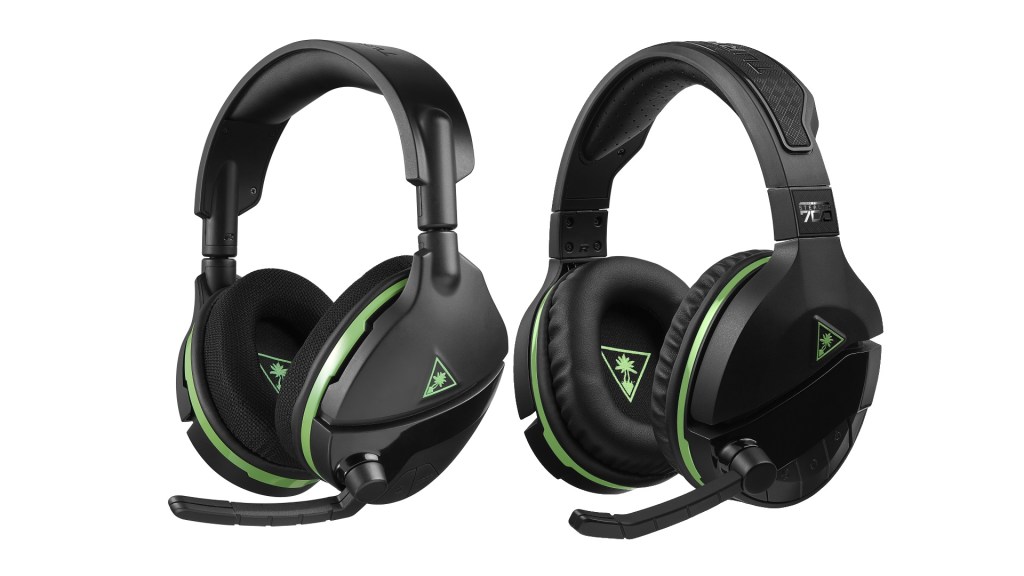 I reviewed the Stealth 600 in November, and I was impressed by its audio and microphone quality. But Turtle Beach thinks it is doing so well because it has such a wide breadth of products for every budget and type of gamer, brand director Mac Marshall told me at the Electronic Entertainment Expo trade show last week.

“Everybody’s calling it the Fortnite effect,” said Marshall. “And that’s what we’ve seen — although I wouldn’t limit it to just Fortnite. PUBG was right up there at the beginning as well. That battle royale scene is what’s moving the needle.”

“I attribute Fortnite as being a primary driver of headset/headphone performance,” Piscatella told GamesBeat. “I also see Fortnite causing a not small portion of the growth in game card sales and hardware as well.”

The battle royale genre, where players drop by themselves or as a team with the goal of outlasting everyone else, shot onto the scene in 2017. H1Z1: King of the Kill created some buzz and had some success in the early part of the year, but it was the release of PlayerUnknown’s Battlegrounds in March that shook the industry awake to this style of game. Epic followed up soon after with a take on the format that it added as a free-to-play mode in its tower-defense shooter Fortnite. Now, PUBG has had 400 million players across PC, Xbox One, and mobile, and Fortnite made approximately $300 million in April. And more games are coming as Call of Duty, Battlefield, and more are all getting their own battle royale modes.

And one thing that all of these games have in common is that hearing your surroundings, enemy footsteps, and communicating with your team are all crucial to both winning and having a good time. That makes a headset a must-have accessory to maximize your enjoyment.

“You definitively need a headset to play these games well,” said Marshall. “We’re expecting a pretty good holiday, too, because you have [Red Dead Redemption 2], a handful of other games coming out. Call of Duty is going to do their battle royale thing in the next game. It’s not a flash in the pan. It’s here to stay.”

And Turtle Beach is rushing to meet the demand. It is rolling out its new Stealth 300, a wired version of its Stealth 600 headset, at $79 faster than it anticipated because it wants to have new products on the market. I asked Marshall how the company feels about this battle royale boom.

“We’re excited,” he said while laughing. “It’s doing well for us. It’s been one of those things where we’re doing well with sales. We’re at the point now where we can’t make them fast enough to keep retailers stocked. That’s with the current lineup. Now we’re dropping these new ones in. They can’t get here soon enough, but we’re doing everything we can to get them on shelves.”

Turtle Beach is, of course, not the only company in the gaming headset space. It is a busy, crowded market with competitors like Logitech, HyperX, Astro, and plenty more. And many of them are seeing a similar jump in sales.

“The hypothesis that Fortnite is bringing new folks into the console space appears more solid by the day,” said Piscatella. “And since it is a social experience for so many, growth in sales of headsets would make a lot of sense. So yeah, everything is Fortnite.”