Audience: My theory is that people will play on the largest screen they happen to have in front of them.

Early: There’s another discontinuity I’m trying to get over. You mentioned watching a Star Wars movie and then jumping into a game. Does the fidelity of an actual digital version of a Star Wars movie come down to a mobile device? I don’t think it does. Do we need content of that quality? Fortnite’s not that quality. A ton of other games aren’t of that quality. You talked about how nobody’s building specific content to take advantage of these things. The scalability is hard. That’s really hard.

Top: I don’t think giving anybody a 4K experience on a phone has any value. 2K, for me, if I watch 720 or 2K sometime, sitting at a bus stop or whatever — you can’t even see the difference. The gamer is not asking for ultra high fidelity on that device, because you can’t see it anyway. Embrace the less compute you have on that device and make an experience for the phone.

My goal right now is that I want to give a Mac user or a guy on a simple laptop the ability to play all the games on our platform easily. I think cloud gaming can be a solution in that context, for that user experience. 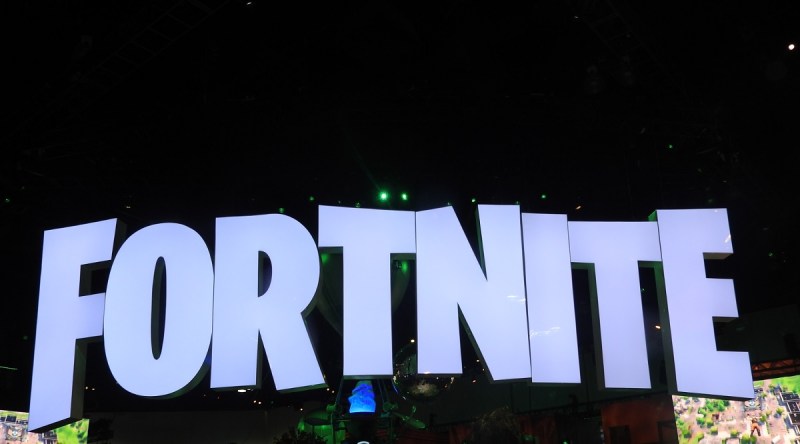 GamesBeat: Would it be good enough to deliver just Fortnite through that cloud?

Navok: To the point that Chris is making, why did we start the Flare project at Square Enix? Because Yoichi Wada said, “Let’s design the next Final Fantasy for the cloud.” What would that game look like? How would you monetize it?

Early: I disagree completely. Let’s say you can reduce the cost of serving down to zero. Let’s say whatever happens, your black hole computing and distribution works, whatever. It’s now zero cost to distribute a game to the device. Don’t you think there’s some amount more than the 120 million people that are playing Fortnite now, more like the 2 billion people who now have smart devices, who’d start playing the game? I’m talking about a remote compute version streamed to a screen they have, whether it’s this size, tablet size, or 75” HDTV size. This is the question. Is that going to expand the market or not?

GamesBeat: There are two companies that can deliver that, right? At zero cost. It’s Google and Amazon. They’re interested in this space.

Early: Zero because they subsidize it. But I don’t even think it has to be zero cost, because we all know the business model of digital sales today is roughly 70-30, right? 70 stays with the publisher, 30 goes to the distribution channel. Can they build a business that streams based on 30 percent of the target price of whatever we’re building?

Boxer: I wanted to go back to the content. We’re on the pre-deployment side. We’ve seen hundreds of studios. The studios that are building what you’d call cloud-first games – they’re in the cloud as a studio, with their development and engineering pipelines — they’re talking about Twitch being part of the process. It’s not an add-on.

We’ve found that even the small shops, they’re living in Amazon. They’re focused on branding experiences. We’ve found that a lot of studios that are migrating to the cloud, half their stack is in the cloud, it doesn’t really matter — that subset that’s not cloud-first, they’re making completely different games. They’re focusing on classic high-def triple-A games. Then you have these other studios that are branding experiences. They’re looking at Amazon as a way of taking their resources and making a brand new experience. That new experience, if it marries with a business model….

Audience: But that last part is what everybody says — that is the thing — a dollar an hour. Fortnite is being played, on average, 100 hours per user.

Boxer: I’m just saying that the studios, the production, if they’re not focused on a new way — cloud computing, instead of just the transmission side, the download — I’m saying that the growth there, the exponential growth that’s happening — this is what Amazon’s saying, what Microsoft is saying all the time. How do you create a brand experience and take advantage to do things that you could never do?

Navok: That was the core thesis we had. Those experiences — you mentioned Twitch. That’s where the last gamer is, actually. It’s people who just watch Twitch right now because they don’t have time to play. The moment you give them buttons to mess around with things, those studios all over the world, triple-A publishers, indie publishers — I was at dinner with a Chilean studio last night that’s doing integrations into Twitch right now. They’re starting to add these features into it where the streaming becomes interactive. 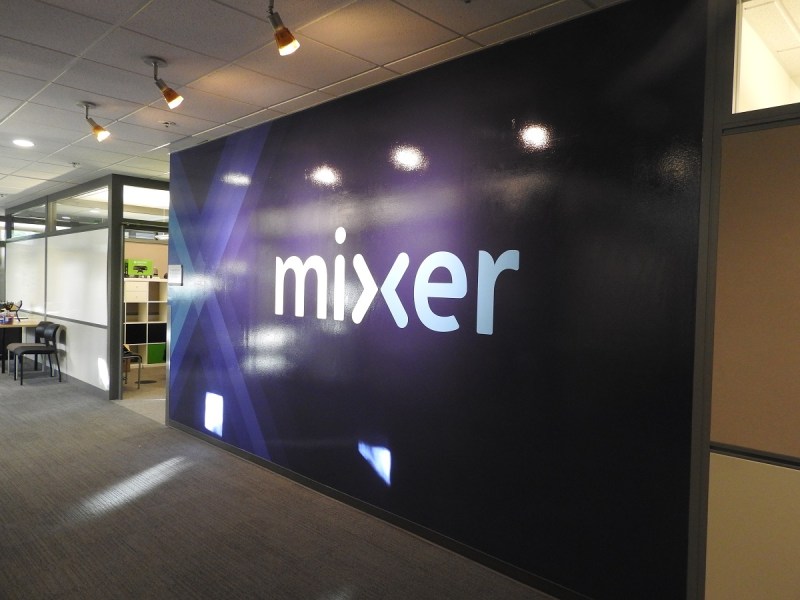 Tops: I wanted, again, just because we’re heavily focused on the pre-production side, we talked to Amazon and the Lumberyard team and the stuff they’re doing with Game Stack. Their five or 10 year vision is incredible. Cloud gaming is something that’s strategic for them. They’re talking about driving bandwidth, services, all that kind of stuff. They’re trying to build a next generation of studios. What’s interesting about is that these studios — from the people to the tooling to the methodology of when you consider certain services in that pre-design phase, the concept art and all that — it’s very different from what I would call a mainstream, classic studio.

To me, those are going to be the experiences, when you launch them in the cloud — again, married to the right business models, that’s going to change the game, versus this incremental process of delivering Tomb Raider on a new device.

GamesBeat: John Smedley joined Amazon, and recounted Jeff Bezos talking to the game group there and saying, “I don’t care what you do, just make games with ridiculous computation.” If you remember, Microsoft had their cloud gaming initiative for Xbox One. They brought in the ability to use the cloud in games, doing things like having four million stars in a game instead of just 40. There are interesting ways to architect games for the cloud.

Tops: We thought about this conceptually, but we decided to focus elsewhere as a company. But hybrid compute, doing these ridiculous compute things — maybe in 10 years? I don’t know. But hybrid compute, once you get developers in the pipe — you can do hybrid compute where part of the rendering is in the cloud and part of the rendering is on the device. If you start developing content on that level, the experience isn’t always easy, but I think the guy that does that and does it well—a mobile device is pretty good. You can slash the costs of the entire thing in half. Then all of a sudden you’re playing a very different game than everyone else.

Early: Seeing some of these studios, five or 10 people — they’re looking at using services to come out with incredible AI, amazing things. The games that come out of that — cloud gaming is for that. Only games in the cloud will be up here. Then there will be other classic games. That’s what I think is going to create the big push.

Navok: The exact pieces that we’ve had for years now. 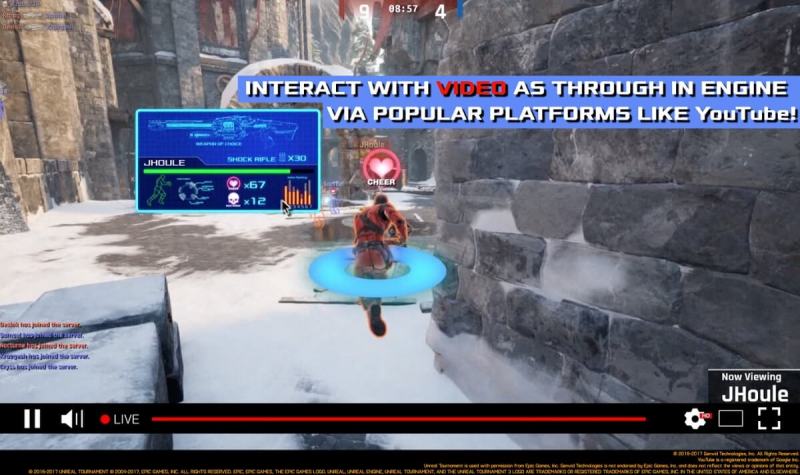 Above: Genvid lets you interact with video so that you can follow a player in an esports broadcast.

GamesBeat: Jacob, can you talk more about the esports interactivity you’re bringing? You have a different way to get people to benefit from the cloud.

Navok: Absolutely. My company allows for a spectator mode to be deployed on a server, and from that we can scale data up. We can write that data locally through an overlay that allows you to interact with it in real time, without feeling any latency. You can click on YouTube and Twitch videos as though you were playing the game. We do that all through spectator camera footage, which means we can create the perspective that we want.

If you look at every triple-A publisher right now, and a lot of the indie studios, every one is trying to understand how to create broadcasts that are fundamentally interactive, that engage viewers and monetize those viewers. That monetization part is what esports is all about. That’s what people fundamentally misunderstand.

Tops: But it doesn’t have all the economics, right? It’s one server?

Navok: We don’t have to deal with cameras. I had three fundamental problems. The cost of rendering is too high, cost of real time bandwidth is too high, and the latency just wasn’t there. Instead of having to create a rendering instance per user, I can create one that people broadcast. If I can utilize Twitch bandwidth, I can solve that problem. Finally, if I can synchronize to Twitch video I can solve the latency issue.

If you look at what esports is — at Square Enix I sold Final Fantasy to Joe. Joe streamed it to Twitch. Twitch made a billion dollars off of that, taking the entire value of that ecosystem. If Joe’s a partner Joe made some money off of it. As a publisher, we didn’t participate in that. We were told that was marketing. If you look at what esports is, and if you look at what Activision Blizzard’s movements are like, what everyone is doing, that is the start of publishers going back and taking value from that ecosystem and saying, “We’re going to generate broadcasts. We’re going to monetize broadcasts. We’re going to own viewership here.”

The more that they add interactivity to those streams, the more that those streams become closer to the cloud and create new experiences that can be monetized. When you capture that viewership you capture that monetization. You’re capturing the monetization of that last player who was just watching the stream. You’re adding steadily lower latency. If you look at the stuff that Mixer did with ultra low latency interactivity, that’s a cloud game for all intents and purposes. It will match and will mix. That’s what esports is. It’s steadily coming back to that first period.

GamesBeat: So cloud gaming enables publishers to take back some revenue that others have been getting?