Raph Koster has a lot to say about making online games, as he’s been working on them for more than two decades. His new book, Postmortems, debuts on Monday at more than 700 pages. And that’s just volume one.

Many of the essays in the book have come from his quarter century of writings and talks, though about a third of the material is completely new. The lessons focus on game design, online community theories, and candid self-evaluation from working at companies such as Origin Systems, Sony Online Entertainment, and Metaplace.

In a quarter-century of writings and talks, he has offered up game design lessons, online community theories, and candid self-evaluation. The book from Altered Tuning Press has a foreward from Ultima game designer Richard Garriott.

Some of the historical posts were written for players, chat logs, speeches, design sketches, and more. Koster hopes they will illuminate the history of virtual worlds and inspire more people to create new ones. 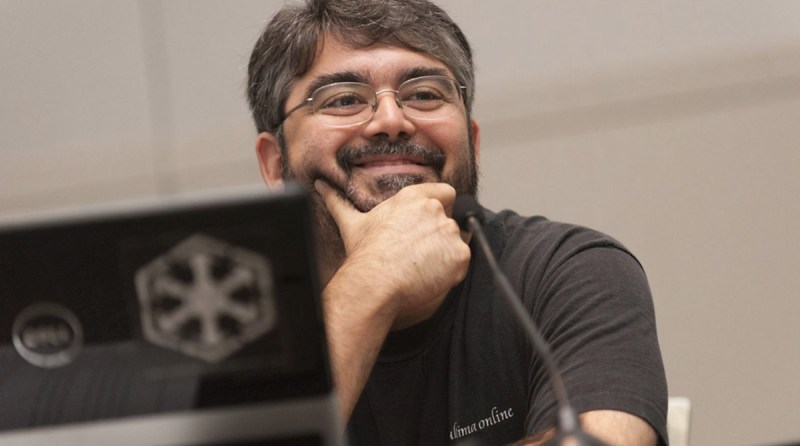 Above: Raph Koster is author of Postmortems.

The result is an inspiring historical look back at the development of virtual worlds. He looks at whether our online bonds are real, offers a detailed design breakdown of Ultima Online’s world simulation, examines what went wrong with Star Wars Galaxies, and challenges the game development community to pursue art.

The very first essay talks about how Koster grew up in Lima, Peru, and he went back to visit it almost three decades later as a successful game designer. He grew up thinking he would be a writer or a teacher, and veered into games by accident.

He gave a talk on game design and desperately wanted to tell his fellow Latin Americans that they had as much chance as anyone to pursue a career in game development, despite how the general culture might tell them that games are for the lazy and the childish. He talked about reading a book a day, either fantasy or science fiction, and how he first began penning video games on paper.

By the time he got to high school, he was making games like a ship-to-ship combat game called Legal Pirates. At 13, he discovered computer games and taught himself programming so that he could go on to make crude remakes of games such as Pac-Man. In college, he veered away from games again and even got a masters in fine arts in poetry.

Then the internet started to boom, and Koster got into multi-user dungeons (MUDs).

Koster worked on massively multiplayer online (MMO) games such as Ultima Online (at age 25), Star Wars Galaxies, and a couple of dozen others. He’s been writing about these games on his own website for more than 20 years. He was actively posting on Usenet newsgroups in the mid-1990s. He figured it was a good time to put them together in a book, as many games on mobile, PC, and even console platforms are now taking the form of endless MMOs with thousands or millions of players.

“Now that online games, and the many design features and tropes that we came up with for MMOs, are finally taking over the world, it seemed like a good time to try to capture some of the lessons learned in more permanent form so that people can refer back to them,” Koster said in an email. “Over the last few years I’ve often felt like big mistakes were being made in tech which would have been easily avoided if people had paid more attention to the lessons of the past. Everything from the lack of moderation on Twitter to the lack of any tools at all in social virtual reality, to the way in which social media has turned out to be a crappy form of governance… it all has predecessor problems in virtual worlds.”

Koster said the book is for anyone who was a player of multi-user dungeons (MUDs), Ultima Online, Star Wars Galaxies, or Metaplace — if only for the behind-the-scenes glimpses. Koster humbly admits that he cringes when he looks back at some of his older writings, when he hadn’t learned as much about game design.

Part of his wisdom: You can’t really skip the learning part. You have to get your hands dirty and do it even if other people think that you’re wasting your time. He also said there is no shame in starting out cloning stuff, as you can learn a lot that way. 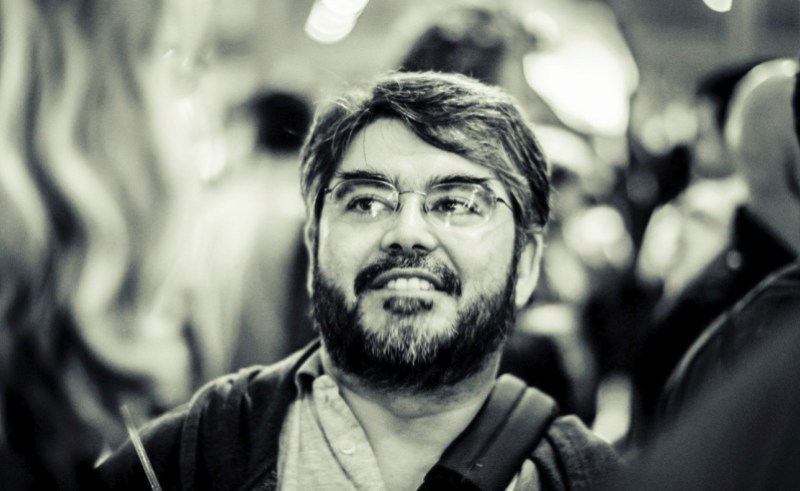 Above: Raph Koster has worked on a couple of dozen games.

“It’s probably one of the largest collections of game design postmortem material ever, so any working or armchair game designer would likely be interested too,” Koster said. “But I think the real value is probably for anyone building virtual communities today; today’s problems are mostly yesterday’s problems, and a lot older and more intractable than people realize.”

The book traces the history of conflicts between giving users freedom and trolling; between moderation and enabling user creativity and user-generated content; between trusting the mods and the needs for users to have rights in the face of administrators abusing their power, Koster said.

“I think there are a lot of lessons for anyone working online today,” he said.

Of course, Koster would like to continue working in the game industry, so it’s not as salacious as we’d all like it to be. Koster’s previous book, A Theory of Fun for Game Design, was published in 2004.