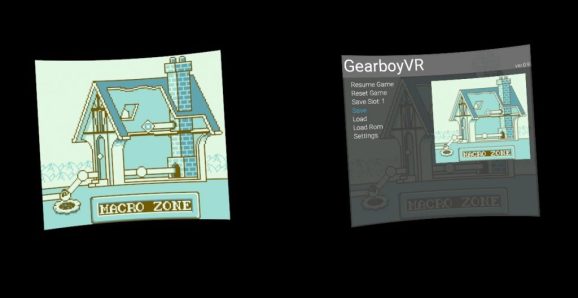 Reddit user CidVonHighwind has ported Gearboy, a Game Boy and Game Boy Color emulator, to the new Oculus Go headset. The app projects a giant virtual screen into a darkened environment where you can play classics like Pokemon Blue (or Red, if you’re on the wrong side of history), Super Mario Land 2, The Legend of Zelda: Link’s Awakening and much more. The images above from the developer show you how it all looks, though you’ll need to connect a gamepad to your Go in order to play.

You can download the emulator via GitHub and then follow these instructions for sideloading apps onto Oculus Go. Once you’re ready you can load in ROMs and be on your way.

This is a great way to experience some old classics in an entirely new way. In fact, it reminds us a little of the VR NES emulator for Rift/Vive which actually uses an algorithm to turn 2D games into 3D experiences to enjoy in VR.

Also of note: someone in the comments noted that they’re working on a SNES Emulator, too. Super Metroid inside VR, please.