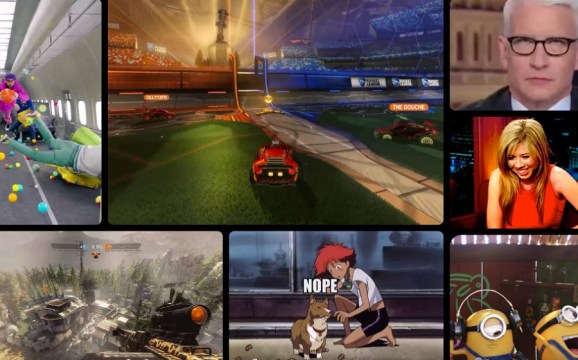 Gfycat has reached 2.5 million creators in the past year across 160 countries on its platform, and those creators have produced more than 40 million GIFs to date.

Although Palo Alto, California-based Gfycat is a U.S.-based website, its creators hail from cities around the world. In fact, South Korea, United Kingdom, Sweden, and Russia are among the 10 countries with the most GIF creators.

More than any other segment, Gfycat’s gaming creators drive the volume of content uploaded to the platform. In a recent survey this month, 78 percent of Gfycat’s creators identify as gamers, whether or not they primarily upload gaming content, so Gfycat has made particular effort to highlight them with new products for gaming creators such as the launch of Gfycat for Gaming last month.

“We’re delighted that millions of creators have chosen Gfycat as their preferred platform for creating, discovering, and sharing GIFs,” said said Richard Rabbat, CEO of Gfycat, in a statement. “As Gfycat becomes the entertainment destination site for short-form looping content, we’re committed to supporting our creators and users’ interests first and foremost.”

Gamers such as @amustycow have gained a serious following with 6 million views after using Gfycat to share high-quality gaming GIFs.

Beyond gaming, several influential creators from various other sectors, including food, science, and sports, have joined Gfycat as channel partners. For example, @sooperdave, an animator who went viral for giving inanimate objects a face and character, was an early adopter of Gfycat. He uses the platform as a gallery for his humorous work.

As another example, @KNSfarm, a goat farm in Madison, Texas, exponentially increased their audience engagement when they started distributing GIFs on their social media channels. They accumulated over 10 million views on Gfycat and have become the No. 1 creator of goat GIFs on the Internet.

Gfycat’s creators rely on its editing software and sharing tools to create highly-engaging content. Using creation tools for both everyday creators and professionals, several small artists and large brands have partnered with Gfycat to successfully drive their marketing operations.

To celebrate its 2.5 million annual creators milestone, Gfycat launched the Creator Spotlight Series, which will be a series of interviews with influential short-form content creators to highlight how they deliver immersive, visual experiences. Gfycat is also launching the “1st Annual GIF Wars” today. The contest, which gives six grand-prize winners a trip to Las Vegas to meet other GIF creators, aims to highlight how creators are the true drivers of Internet culture.

“Gfycat is celebrating the drivers of Internet culture — the everyday, unnamed organic content creators who capture our most viral thoughts in memes and GIFs, so that we can express ourselves more dynamically,” said Ernestine Fu, board director at Gfycat and partner at Alsop Louie Partners, in a statement. “We know that the ‘Best Video Game GIF’ category will encourage Gfycat’s enormous gamer base to enter their best work into the contest. We’re excited to see what the creators come up with.”