High Fidelity has raised $35 million in funding for its open source platform for building distributed social virtual reality worlds. The platform leverages blockchain technology to enable VR developers to create linkable experiences that can be easily deployed across platforms that also adhere to the open, transparent, and secure ledger technology.

The funding comes at a time when VR is struggling for the attention of consumers and gamers, even as technologies such as augmented reality, esports, and gambling — not to mention traditional games such as PC online games, console games, and mobile games — vie for the dollars of investors.

Like many visionary VR fans, High Fidelity wants to usher in the Metaverse, or the universe of virtual reality worlds. And it’s starting small, with simple VR spaces. Earlier this year, I went into a VR place called Rust, a nightclub with a live performances from DJs and audience of people from around the world. There, I interviewed CEO Philip Rosedale and danced with total strangers. 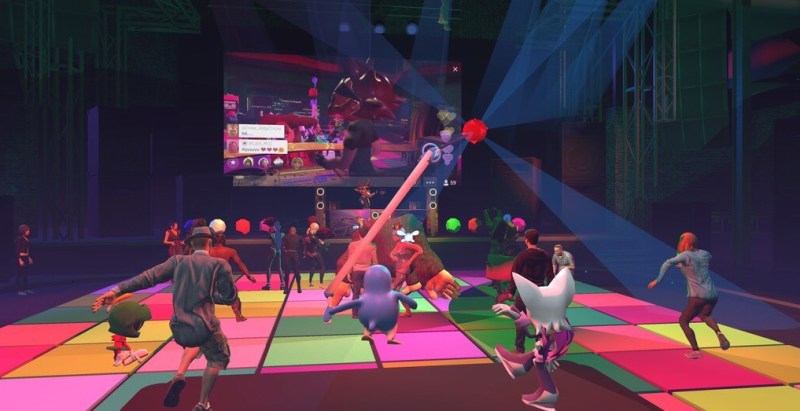 Above: High Fidelity dance floor. Dean Takahashi is in there somewhere.

Rosedale started the virtual world Second Life at his prior company Linden Lab in 2003. Its success spurred hundreds of copycat virtual worlds, but most of them didn’t survive, except for Second Life, which continues to thrive. Second Life’s denizens have created $4 billion in transactions to date.

But this time, Rosedale wants to do something bigger. There’s been a financial bubble around virtual reality, starting back in 2014 when Facebook spent nearly $3 billion buying Oculus VR. VR systems like the Oculus Rift and the HTC Vive debuted in 2016 with fanfare, but consumers didn’t buy.

In spite of that environment, or perhaps because of it, an old hand like Rosedale has been able to raise a hefty round of funding. It’s all about the dream of connecting more than a billion people in the immersive experience of social VR, which lets you view a virtual space in three dimensions along with all of your friends.

“By collapsing distance, creating new spaces in which we can join together, and bringing people at a distance into real human contact, VR will transform the world. We will go to school, attend events, entertain each other, and build entirely new worlds together, all from within VR,” said Rosedale, in a statement. “To reach this scale and to deliver safely on such a promise, VR must be decentralized, including deeply using blockchain technology. Galaxy Digital will guide us capably in adopting that technology and creating the right partnerships with the larger blockchain ecosystem, for example the EOS blockchain where we are currently beta testing integration.”

High Fidelity will use the funds to expand R&D, accelerate hiring, and open a new office in Seattle.

“Virtual reality may be the first killer app for blockchain. It’s a global phenomenon that fundamentally requires a trustless consensus mechanism for currency, property, and identity,” said Sam Englebardt, founding partner at Galaxy Digital, in a statement. “That’s what the new generation of blockchain protocols like EOS enable, and High Fidelity has the vision, team and open platform to lead the worldwide transition from atoms to bits.”

Englebardt is joining the board of San Francisco-based High Fidelity.

Over the coming decade, High Fidelity foresees VR growing into an internet-scale phenomenon, reaching 1 billion people and generating a $1 trillion economy of virtual goods and services through the entrepreneurial creation of experiences including entertainment, education, employment, and virtual travel. As the VR economy grows, High Fidelity hopes to draw revenues from currency growth, marketplace transactions, and other global services.

High Fidelity has already developed the technology to bring VR to a mass audience. The High Fidelity VR software platform powers immersive 3D experiences with high-resolution environments, realistic avatars, and imperceptible end-to-end latency, allowing natural interaction between people. It is focused on delivering low-latency, high-fidelity 3D audio for voice, effects, and music so it can create a convincing sense of presence. 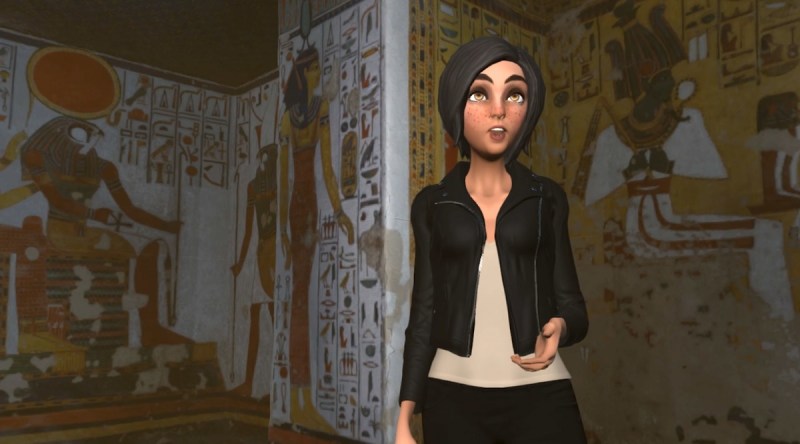 The platform is supporting full-body inverse kinematics (IK) system. Full-motion capture offers realistic, real-time avatar movement within VR. Rosedale wants to make High Fidelity scalable to large crowds, with hundreds of people together in a single VR experience on a single server. It is extensible, allowing integration of third-party applications and hardware. High Fidelity can be self-hosted or deployed on public clouds, such as Digital Ocean.

High Fidelity has also created its Digital Asset Registry, based on the blockchain, providing “indisputable proof of identity and ownership, and strong protection against content forgery.” The registry allows users to control which elements of their identity to reveal to third parties, and its decentralized nature puts it outside the control of a single organization and back into the user’s hands.

And the company is building the High Fidelity Marketplace, which allows users to buy and sell objects such as avatars, clothing, and equipment, as well as scripts and applications to extend the VR experience.

This time, users will be able to build what they want using JavaScript-based, multi-user creator tools that allow developers and ordinary creators to design and build environments and objects directly within High Fidelity. High Fidelity’s platform also enables the development of code scripts to animate and automate actions within VR. Creators can import existing 3D objects generated in common 3D modeling or computer-aided design (CAD) tools.

High Fidelity also founded the Virtual Reality Blockchain Alliance (VRBA), which is defining the protocols for global interoperability in VR. VRBA is a consortium of organizations working to enable people, their property, and their money to move freely between virtual worlds. Current members include Admix, BLOCKv, High Fidelity, JanusVR, Somnium Space, and SVVR.

High Fidelity has been developing a software platform for delivering social VR experiences, with hundreds of open source developer contributors and thousands of alpha and beta users developing hundreds of servers with exploratory content and location-based VR providers. The company says these early projects demonstrate the ability of VR to create a shared, open, interactive experience bringing people from around the world together to learn, work, exchange ideas, express their creativity, and have fun.

Some of the experiences built on the High Fidelity platform include Nefertari’s Journey by CuriosityStream, where students and adults enter an Egyptian tomb captured in 3D for a guided tour led by an Egyptologist. There’s also a speaker series where people can gather in an auditorium for a series of discussions with prominent thought leaders.