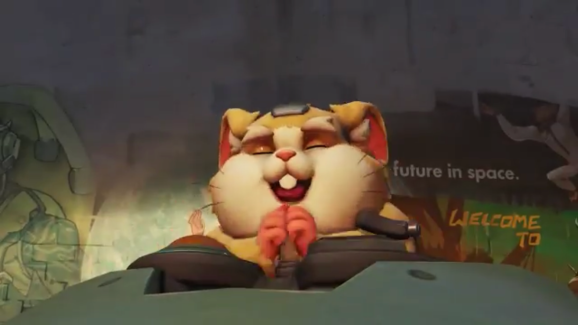 Overwatch teased its next hero on its Twitter account today with a short video. It looks like this PlayStation 4, Xbox One, and PC team-based shooter is getting its weirdest champion yet.

Yup, that is a hamster.

Overwatch launched in May 2016. It has reached over 40 million players. Adding new content, especially heroes, keeps those players engaged.

A hamster in a ball of death might seem bizzare, but Overwatch takes place in a technologically advanced future. It already has sentient robots and a talking ape that’s also a scientist.

We don’t yet know this new hero’s name or playstyle. It will the game’s 28th character. Overwatch launched with 21. The previous addition, the flail-flinging healer Brigitte, released in March.