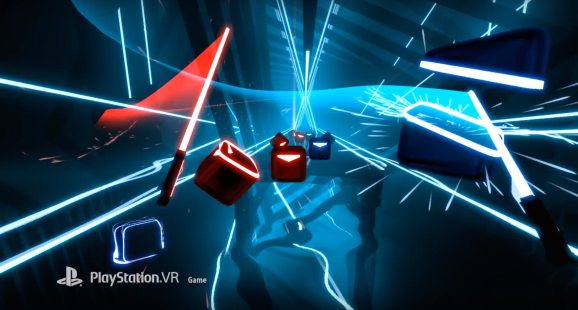 Music-based rhythm games are great. Some of my favorite gaming memories involve being huddled around plastic guitars and drum sets in Rock Band or pounding on a DDR dance pad with friends. What those games have in common that’s missing from Beat Saber though, is multiplayer. Hopefully that won’t be the case for much longer.

According to a tweet today from the official Beat Saber account, the developers are working with a dedicated member of the community to add actual multiplayer support to the game. Currently there is a Party Mode which simply supports passing the headset and controllers around, but that’s not “real” multiplayer.

As for what form the support will take, we don’t really have any idea. Perhaps it will be a competitive mode in which two people play the same song at the same time and try to get a higher score, or perhaps it will be more collaborative where you trade off playing parts of the same beat map.

Between the core game’s excellent pacing and the seemingly endless stream of user-generated content, it’s already taking the VR world by storm. It’s also just a ton of fun to livestream.