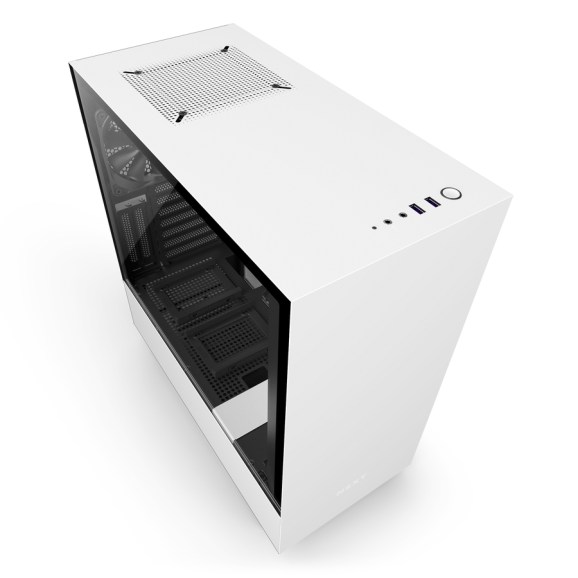 NZXT's H500i is $100 and comes with RGB lighting and a smart fan controller.

NZXT is one of the companies responsible for the current design sensibilities in the PC space. Its products — and especially its cases — use a lot of metal, little plastic, and an overall minimal gaps and other seams. The new H500 and H500i maintain that style at $70 and $100, respectively. They may even take it a step further with a surprising lack of intake vents for cooling. And while that made me worry about thermals when I first put together the test rig, NZXT engineers have done the work to ensure the case keeps everything cool enough with some intelligent airflow.

I tested the H500i, which comes with a smart device that controls fans and a pair of RGB lighting strips. The H500 is the same enclosure without any of those fancy extras, so this review applies to both. I’ll be sure to point out when I’m talking about anything that is exclusive to the H500i.

The H500i is a beautiful case with a ton of smart extra touches that ensure it’s also easy to work with. I especially like the three-quarter tempered-glass window that locks into place with just one thumb screw on the back of the case. It fits into its slot with two metal notches on the interior of the case, and then jams satisfyingly flush with the bottom metal piece that protects and hides the PSU.

The right all-metal panel comes off with two thumb screws, and it has three metal hooks that help guide it into the frame. This make it easy to get the panel right panel on even when you are working around cables.

Speaking of cables, H500i has a ton of plastic wire guides to help you route your cables efficiently around the device. It even has a great cable well that includes two velcro straps that enabled me to feed my cables cleanly from the back around to the front to ensure the visible interior of the case looked professional and organized. I want to stress how useful all of these features are because I am not naturally gifted at management the mess inside a PC, but NZXT did most of the work for me.

The design also lends itself to excellent airflow inside the H500i. NZXT ships the case with two 120mm exhaust fans — one on the back and one on the top — and that’s it. This creates a negative-pressure system that sucks in air from a vent on the right panel as well as one on the bottom. It also brings in air from any empty expansion slots, which is great for driving air straight through your GPU. 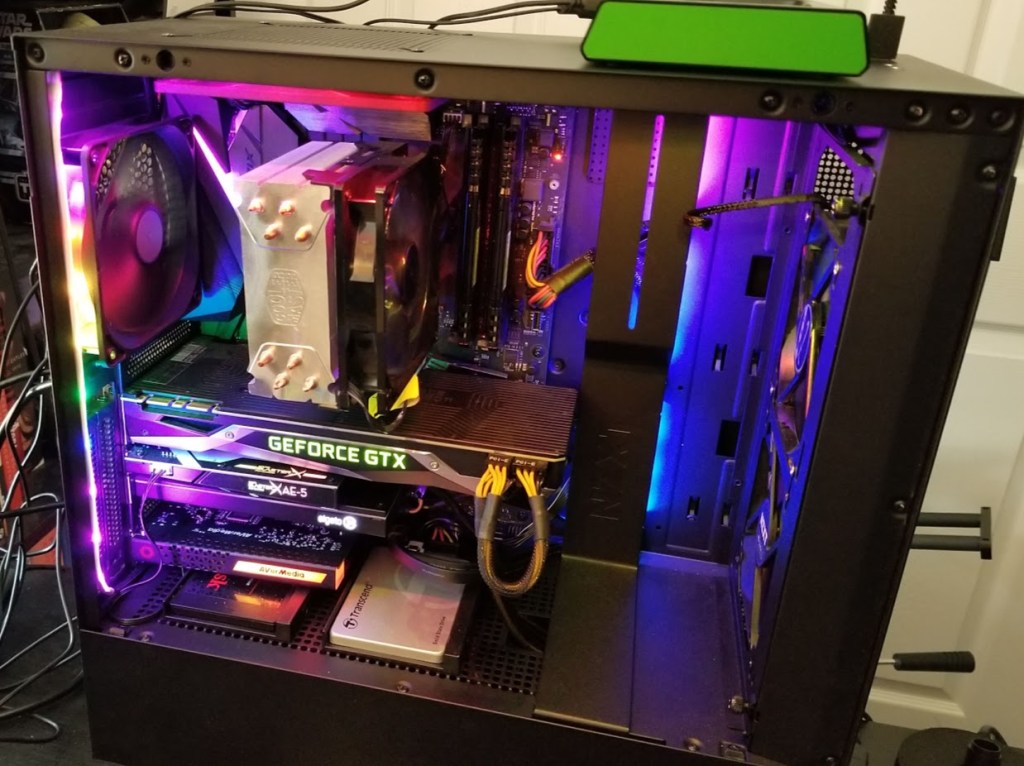 Above: The RGB lighting and internals of the H500i.

As for the “i” in H500i, I found smart device useful for controlling the included RGB light strips, which made my PC look like it was having a lot of fun celebrating Pride. But NZXT also claims you can use its smart device to control your fans, which essentially means that you run the NZXT Cam software to only run the fans when you need them. This theoretically only turns the fans on when you need them to help your case run quieter.

And it works. I have four fans in the case total now. The NZXT rear exhaust, a 140mm exhaust on top, and then two 120mm intake fans in the front. At no time during writing this review have those fans turned on. They are all sitting idle, and I’m still getting CPU and GPU temperatures in the high 40s C. If either starts to experience any load, NZXT kick the fans on selectively, and only as needed.

Now, this isn’t doing a ton for the sound in my case because I have a rather loud PSU whirring away at all times, but that’s easy to replace.

My only issue with the H500i is that it only has 2 USB 3.0 ports as part of its front IO. That’s standard for a lot of these cases, but I always appreciate a USB 2.0 port in the front to avoid overloading the USB 3.0 controller. And it’s not like having 4 ports in the front instead of 2 is unheard of at this case size and price point — even if it is rare. 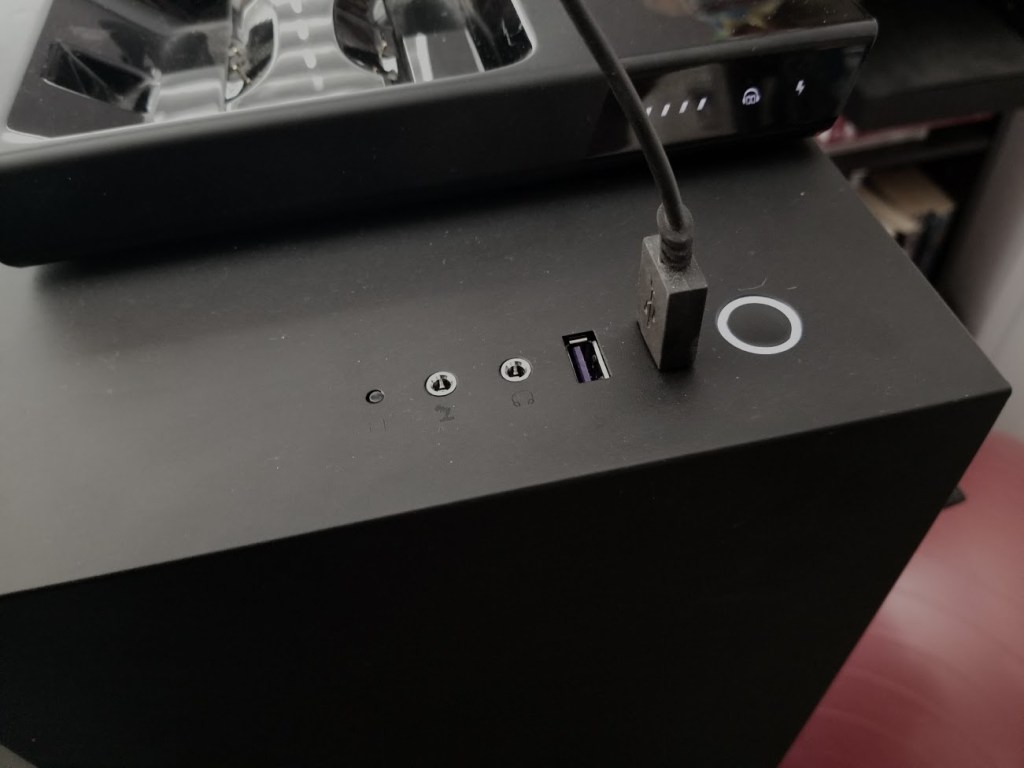 I love the minimalist design of NZXT, and I’m relieved that the H500i doesn’t suffer from any issues with cooling thanks to some clever engineering. As for the smart device controller, I like it, but you may not. The good news here is that you can pick up the H500 for $70 and get all of the benefits of the case without having to spend the extra $30 on the lighting and fan controls.

In either case, though, I think NZXT has a great offering in this space that is unmatched when it comes to visual appeal and ease-of-user, and competitive when it comes to the thermal engineering. I highly recommend the H500i/H500.