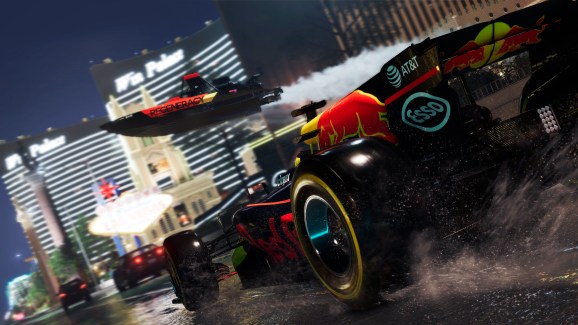 The Crew 2 in action.

Ubisoft’s open-world motorsport game The Crew 2 debuted last week, June 29, on PC and consoles, and I’m finally getting around to spending some time with it. Turns out that it is still a Ubisoft action game just with the addition of planes and boats on top of cars and monster trucks.

I recorded my first 45 minutes with The Crew 2, and you can watch that for yourself below. In that video, you’ll see the opening sequence that takes you from car to boat to plane, and then the first few sections of completing events and upgrading vehicles with loot. All through this, I’m also apparently earning followers by competing in style, which I think means doing drifts and big jumps. The more followers I get, the more races I unlock? I don’t know. It’s weird because that is not how followers work in real life … unless I just don’t have enough followers to understand how it really works?

Also, there was some weird Inception stuff happening in this game, but I don’t think that’s going to go anywhere.

I’ll have more to say on The Crew 2 soon.