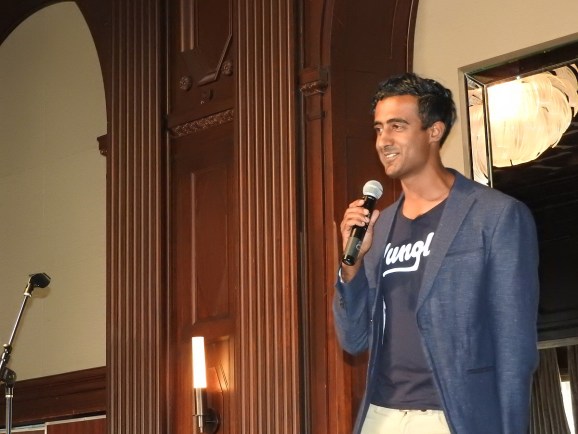 After the charges surfaced, Jaffer was placed on leave last October and later dismissed. He was accused of felony assault, battery against a police officer, and a lewd act upon a child, among other charges. At the time, many members of the industry expressed shock.

The case was a big setback not only for Jaffer, but also for Vungle, the San Francisco-based maker of a video advertising platform. Jaffer was replaced by Rick Tallman, who was the chief operating officer at Vungle, and the company continued to launch products and services in the video ad industry.

At the request of the San Mateo County District Attorney’s Office, county judge Stephanie Garrett dismissed all charges related to Jaffer, according to a press release from Jaffer’s public relations company.

The statement said that Jaffer maintained his innocence throughout this traumatic ordeal and is thankful to the San Mateo County District Attorney’s Office for taking a closer look at the facts and evidence and dismissing all charges. The statement went on to say that Jaffer never abused his children, sexually or otherwise, and never committed any crimes.

“Being wrongfully accused of these crimes has been a terrible experience, which has had a deep and lasting impact on my family and the employees of my business. Those closest to me knew I was innocent and were confident that all of the charges against me would eventually be dismissed,” said Jaffer, in a statement. “I want to thank the San Mateo County District Attorney’s Office for carefully reviewing and considering all of the information and evidence in this case and dropping all the charges. I am also incredibly grateful for the continued and unwavering support of my wife and family, and look forward to spending some quality time with them.”

Jaffer added that he appreciates that justice was served in his case and said that he wants to help other people who find themselves in similar situations.

“I was incredibly fortunate that I was able to defend myself through the legal system, but I am aware that many others are not. Moving forward, I plan on examining ways that I can help others who are innocent and are seeking to obtain justice,” Jaffer said.

It will be up to the board of Vungle to decide whether Jaffer will be reinstated to his former position.