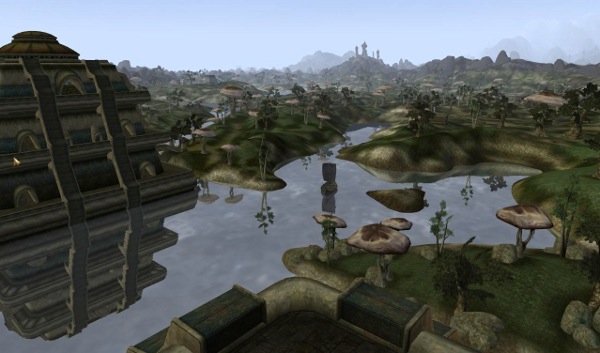 Above: The Elder Scrolls: Morrowind wasn’t an easy game to make.

Keighley: Over the decades you’ve had some spectacular successes. What have been some of the more trying times for you as a developer?

Howard: I think this is true for all developers. Shipping anything is really difficult. Our stuff is super ambitious. The one thing I push on the team to do is to keep being ambitious. Even where it seems like we’re not going to make it, it’s not gonna ship, it’s gonna suck, you have to push through that fear. Playing it safe is the worst way to do things, in my book.

Every game has had its—Morrowind was very difficult. The company went through some hard times there. If that game didn’t do well we were probably out of business. Fortunately it did well. That was pretty tricky, because it was also our first time on a console. I remember seeing the copies come back on disc, for the original Xbox, and thinking I couldn’t believe it was real. That was, technically, a really hard one. We actually crashed the game if we were running out of memory, intentionally crashed the game. It just looks like a load screen. It’s a trick you could do on the original Xbox.

Oblivion was difficult too. They’re all difficult, but Oblivion was another one where we really pushed the technology. It was another new console. We thought it would never work, and then — there’s a line in this movie, Shakespeare in Love. I might get it wrong. I haven’t seen it in forever. But Geoffrey Rush has a line in this movie. They say, “How is this going to work out?” And he says, “I don’t know. But it always does.” That’s how I feel, often. Are we gonna get this done, at a high level? We will. I don’t know how, but always does.

Keighley: You’re in a medium where technology continues to advance, which is exciting, but also limiting in a way. With the next Elder Scrolls, you’re waiting for the next technology to be there to realize your vision. How often do you still feel restricted in your ambition, in what you want people to feel, not being able to realize that in the game world?

Howard: I never do, actually. When you’re doing a game, that’s always a series of choices. There’s another exercise I do, something I’ve talked about before, which is to go and read old game reviews. Even though you might pull an old game up now and think, “This looks terrible,” if you read an old review of that game, you’ll see how it made you feel at the time. That was a series of choices, where I felt transported.

It’s a wacky one, but Pole Position in the arcade, the first racing game. “That looks real! There will never be a racing game that looks as real as that!” Then look at Gran Turismo on the original PlayStation. “That looks photoreal! I can’t believe a game looks that good!” I will say, visually there are diminishing returns now. Things are looking so good that to have a jump is getting more difficult. The jumps now are in how reactive the world can be. Look what all the AI does. Look how I can affect the world. Those things are still exciting. But again, it’s a series of trade-offs.

There’s very little today you can’t do in a game. You just can’t do all of it. That’s a function of technology, but also your own time. Any studio is limited. “What do we want to focus on?” Another thing I like to say is that we can do anything. We just can’t do everything. We try to live by that at the studio. 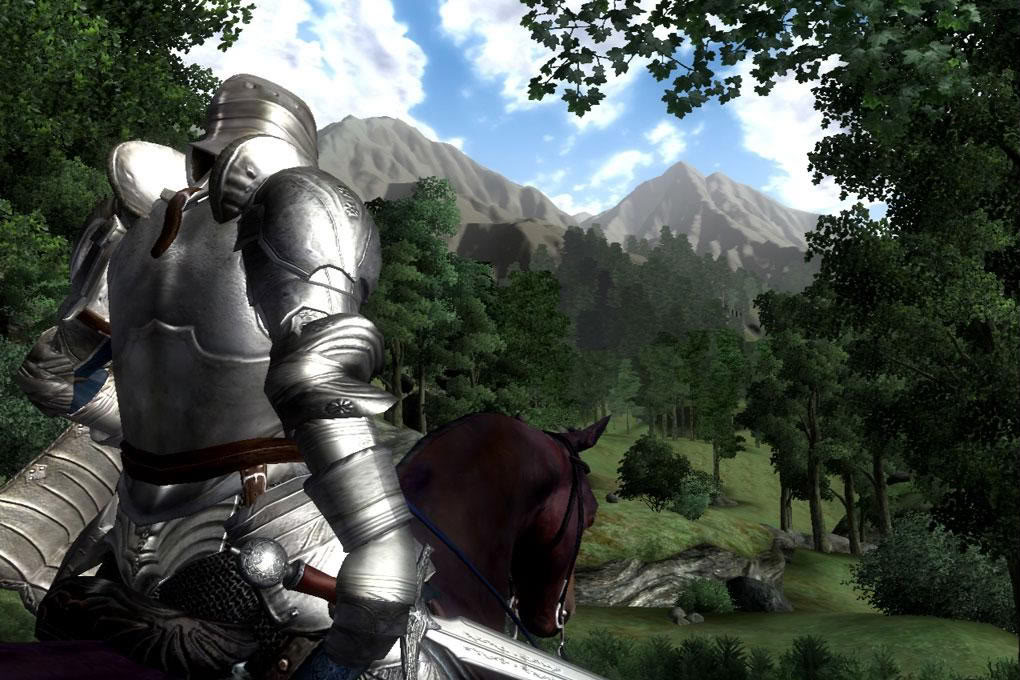 Above: The Elder Scrolls IV: Oblivion was another Todd Howard epic.

Keighley: I’m sure you don’t what to say much about where you think you’ll go in the next Elder Scrolls, but overall in the industry, what trends get you excited as a creator? Is it AI? Is it emergent gameplay? Is it online stuff, which you’re experimenting with now in 76? What excited you about the next five to 10 years of games we’re going to play?

Howard: The main thing that excites me about the industry — you see it here — is that games are successful everywhere now. There was a period of time where a game had to be just a big triple-A thing. It had to be on PC or console. Or sometimes PCs were dying and sometimes consoles were dying. Now games are successful everywhere, which is really important for the health of the industry. That excites me. I’m also excited because people can play a game on their phone, but then go home and play on their PC or their console. We’ll be doing that with Blades.

As far as the stuff we do, the big open worlds, we’re very interested in — obviously visual fidelity, but — it’s bad to say, but you can almost get that for free now. There’s a lot of work that goes into that, but everybody realizes that is going to continue to happen. The dynamism of the worlds and that emergent gameplay, how people can touch it and it feels real—the world is reacting the way you expect it to.

People like to play our games that way. When you play any game, the first hour is usually you going, “Can I?” What if I do this? What if I do that? The more times we can say “Yes” to that, and make that feel real and not game-ey, the more immersive it is and the more emergent — the word you used — it is for everybody’s playing, that’s where a lot of our thoughts are.

Keighley: As a designer that’s exciting, but it also changes the scope of what you’re doing. People play hundreds of hours of Elder Scrolls, but now we’re seeing these games that continue to grow and evolve with new content. It used to be expansions and DLC. Now people think these worlds are just going to go on forever. What do you think, moving forward, in your games that you’re building—is that how you start to think about it? You’re creating a platform?

Howard: We’ve thought that way for a while. How we go about it is a bit different. When we did Morrowind, the first thing we did was build the editor, the Elder Scrolls Construction Set. I named it for Stuart Smith’s Adventure Construction Set from the Apple II, which I loved. We needed it to make the game, and we wanted to make a system that users could use to have this game live on. Horse armor and all the DLC stuff we did for Oblivion. We’ve always done this.

One of the ways you do that now is have something that’s connected. You have an infrastructure you can use to update the games. That’s one thing we’re obviously doing with 76 that we’re excited about. The game we ship is going to be a very different game a year later. We can react to what people do, more so than anything else we’ve done.

Keighley: Do you see, down the road, emergent gameplay that gets to point where it’s emergent narrative? Stories where you have a main quest line, but other stories can evolve. Is that in your lifetime?