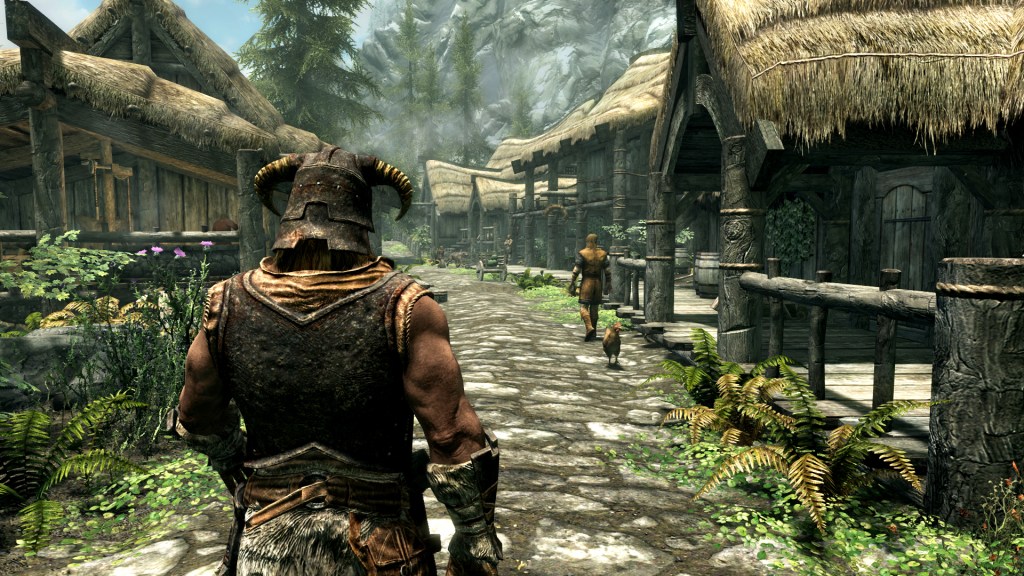 Above: Skyrim tried out AI storytelling.

Howard: We’ve tried some of it. We haven’t had great success there. I will say that the technology for the radiant story system in Skyrim is phenomenal. It has the pebble-in-the-lake rings. You can do a lot of great stuff with it. We tried, and then we pared it back. I think the technology is there for it, without a doubt. It’s having the design to do that. Ken Levine is somebody I know well. He’s in the best position to crack that. I hope he does.

Keighley: Tell us a bit about player content. You said that’s a big part of what you’ve built on. Mods have been a big part of your legacy. How will players be part of your games? What will the role of the modder be in future Bethesda games?

Howard: We’re still pushing on making that easily available to everyone. It definitely becomes this long tail life of our games. But if you look at the raw numbers, it’s still not as great as we would like, the people that are consuming the mods. We’re always looking at avenues to get more creators creating great content, and then making it easy and safe. I’d say the recent stuff we’ve done on the Bethesda.net side of Fallout 4 and Skyrim, connecting to mods on consoles, has worked out great. It’s way more popular than we ever thought. But we still think there’s a way to go there.

On Fallout 76, even though everyone is connected and it matches you to an invisible server where you can play with your friends, we know, based on our history, that the future of that game, the long life of it, is in people having their own worlds they can mod and make their own. “Come play in my world. See what I did.” Or there’s an easy way for them to get mods and pick and choose. “I play this way and this way and this way.” No matter what we do, once you release tools and you have this huge community making things, the best stuff rises to the top.

Keighley: What role will you and the team play in that moving forward? When you look at Fallout 76, are you thinking about year two, year three of a plan, how it will evolve?

Howard: We’re definitely going to create our own stuff. We have a cadence in mind. We’ll see how it goes. If everything works out perfectly with launch, which won’t be the case, we’ll be able to make a lot of content, but we know our priorities. It’s a big new thing for us. We’re scared. How well can we make this work? We look at some other big online games, and even the people who’ve done it a lot, there’s always problems. We’re not naïve enough to think it’s going to be perfect.

We want to focus when the game comes out, the first however many months, that we’re making sure it can be as good as it can be for what it is, and then we’ll have new content rolling out. The good news is that, again, our team has done this for a long time. Our ability to know our tools and make content is one of the things—we have a lot of experience there.

Keighley: You had a lot of fun at E3 poking fun at the many versions of Skyrim. You’ve become a sort of icon.

Howard: And I don’t want it! It’s the internet. I just ride the wave.

Keighley: Even though you’re not on Twitter, you’re watching everything, I’m sure.

Keighley: Now that you’re making an online game, you need to come online.

Howard: I’ve heard people tell me that it’s a good thing I’m not on social media. Some things I say in private… [laughs] People send me things. I’m in on the joke. I think it’s funny. They’re fans of our games. They’re having fun with it. They’ll have fun with things I say, or make up things I say. None of it bothers me. It’s all good.

Keighley: Some of it is selling the dream or vision of what these games are going to be. Even with a team, you need to sell a vision of going out and doing what you want to do. 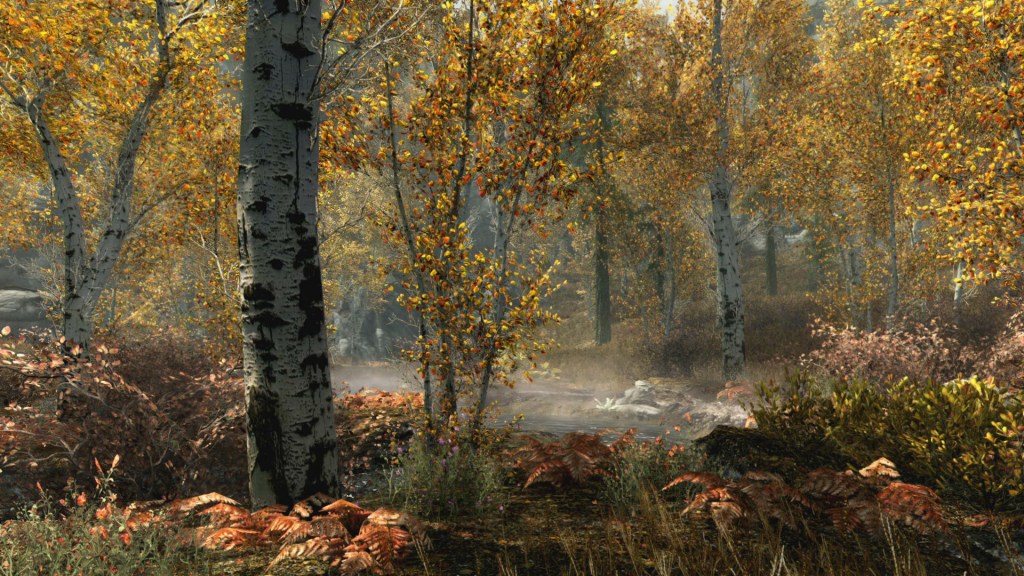 Howard: That’s how I think. That’s what I want us to strive toward. I think the way you see now—that’s how I am in the office. Video games, to me—it’s more than just, “Hey, this is a fun diversion.” When I played Ultima, this will sound cliché, but that was a special time. Sitting in my room when I was 13 or 14, I have fond memories. I have fond memories of getting my computer when I was in college and installing Wing Commander or Civilization. That was important time to me. I hear a lot from our fans and other people where they feel the same way. I want us to aspire to those things. That’s how I really think about it.

There’s another thing we do — I don’t know if people know what the Make-a-Wish Foundation is in America. Kids, people under 18, who have cancer or some other life-threatening illness or situation, we’ve had a lot of them wish to come to our studio. You want a reality check at work, you’re doing your day-to-day and then a family comes in with their child. They could wish for everything, and they’ve come to your studio because they want to see how you make their favorite game. They want to play it.

It’s by far the greatest thing that we do. We don’t talk about it a lot, although I’m talking about it right now. It’s a private thing. But the takeaway is that the family — they always come with their family, obviously — they think it’s just fun. It’s what their child wants to do. But then they see this operation where we have hundreds of people, what we’re doing, how passionate they are. They have this new connection. They leave with a new connection to their child. It’s seriously magical. It’s the greatest thing we do.

Keighley: You look at the things you’ve done. Is there anything you personally think that you haven’t accomplished with your games? That Holy Grail?

Howard: I’m always excited about the next game. You look at Starfield, we haven’t created a new IP that stands up to Fallout and Elder Scrolls. That’s something I’ve always wanted to do, and we’re doing it now.

Keighley: How iterative is that, now that you’ve gotten into it? Is it harder than you thought? Is it liberating to start with a blank slate? How much iteration has gone on in the last 10 years?

Howard: Initially, a lot. That part was harder than I thought. I thought it would be just, “That’s the look. That’s what we’re doing.” There were a lot of different versions of it for a while, until it funneled into, “That’s the one.” That took longer than anticipated, but it was super fun. I’m not complaining. That’s what we do. It’s great.

Keighley: And you get to do these in parallel all the way. Is it challenging to have Elder Scrolls VI in some state of pre-production, Starfield that you’re playing the office, and then Fallout and Blades? 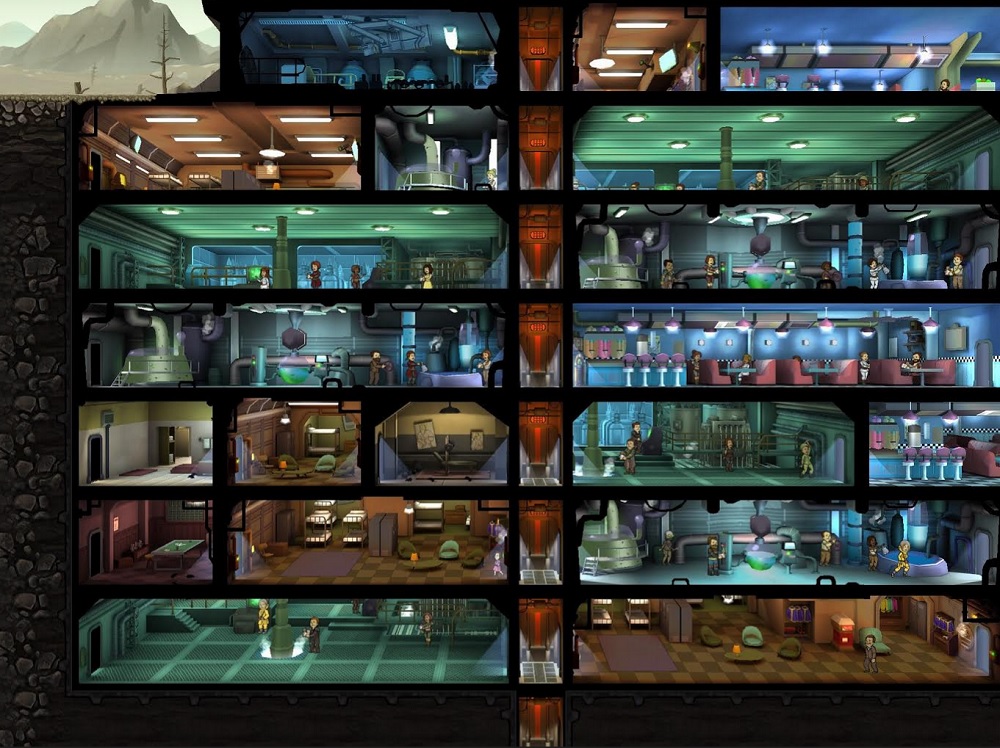 Above: Dean Takahashi’s Vault in Fallout Shelter has some dead bodies in it.

That amount of people all working together — there’s a lot of new people as well. When we grew last year it was a lot of new people. Getting that sorted out, we went through some growing pains, but it was a good experience for all of us. We’re juggling a little more than we used to. We always overlapped, but there are more people involved, which I knew we needed to do. We looked forward to Starfield and Elder Scrolls VI, what we had in mind for those games, and we realized it was going to take more people than the typical 100-person studio that we had for a long time.

Keighley: For you personally, you’ve outlined a large part of your career moving forward, with all these projects. Are there other things you want to do with your career? Do you just want to keep making games? What are the things Todd Howard still wants to accomplish?

Howard: Games are where I want to be. Every year there’s a new idea we can’t do, and a new technology for something that excites us. I’d say I want it to be sustainable. Eventually there will come a day where I’m not making games at Bethesda. Hopefully that’s a long time away. But I want to make sure that who we are, what the worlds are, what the company is, that’s sustainable far beyond me.

Keighley: What do you hope people take away as your signature on the game industry?

Howard: Hmm. That’s a deep question, Geoff. I would say, that the games meant as much to them as they meant to me. I’ve spent a lot of time in these worlds. I hope that people look back on, say, Skyrim or Fallout, as fondly as I do. Their own impression of me — I’d rather they focus on the games and the studio than anything about me.

Keighley: We’re getting to a time where some of these game worlds will continue to persist.

Howard: Even now, the amount of people who play Skyrim seven years later — millions of people every month are playing that game. That’s why we keep releasing it. If you want us to stop releasing it, stop buying it.

Keighley: For many years, in the earlier days of consoles, you couldn’t even go back and play old games. Steam has made it possible to play some older PC games, and they do hold up.

Howard: That’s becoming more and more of a thing, which I think is great. The platforms — Microsoft, Sony, Nintendo — making it easier to play old games is very important to me. It’s great for the industry.

Keighley: You ever go back and play Terminator?

Howard: I actually did, in the last year. I don’t remember why. I just did.