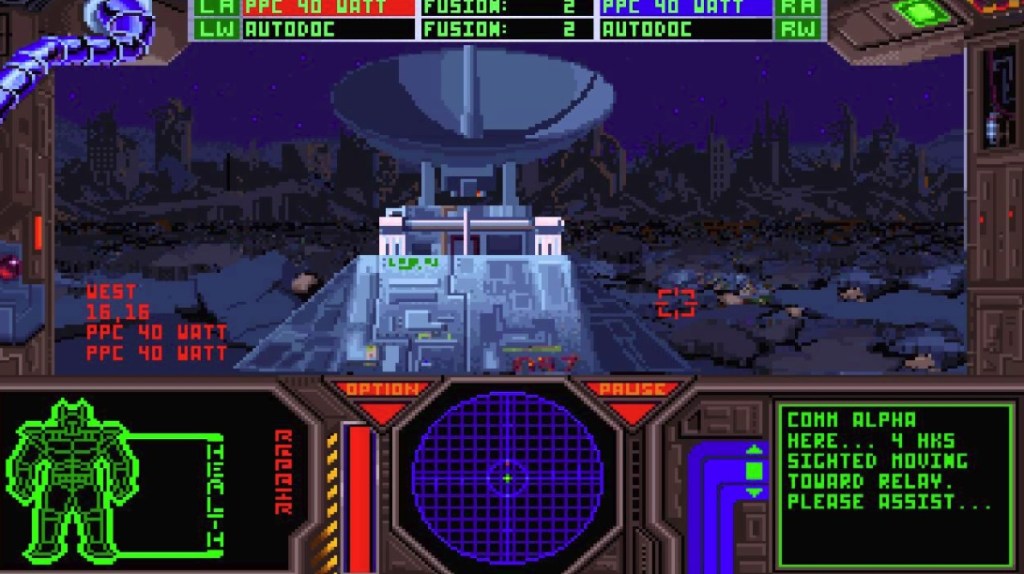 Keighley: You guys might not know, but Todd worked on two Terminator games.

Howard: We had the Terminator license. It was in legal limbo, so no entity owned the license, but we definitely had it? There was no one to check with. We just did whatever the hell we wanted, and that’s why those games are awesome. What’s fascinating about those Terminator games, if you look at Future Shock, the way we built worlds — 3D terrain with instanced objects on it – is very similar to how we still do it.

Keighley: Do you ever look at that and say, “Hey, one time I just want to make a crazy action shooter again?” Flex some different muscles in a totally different genre of game?

Howard: We tend to think very big. Even if it starts there, it eventually becomes — let’s do a multiplayer mode for Fallout 4, and then it becomes this giant separate project. We just did Alexa Skyrim. That’s different. We like to pick our battles in mobile. Some things that are unique. But when it comes to the main games, we think very big. We feel that we’re build to do that. That’s what we enjoy making.

Keighley: Do you think you’ll get to a point where — Starfield is hugely ambitious. You’ve announced Elder Scrolls VI. Fallout 76 will continue to persist. Do you worry that five years from now, you’ll have three things out there that will all require content? You’re building the organization to scale to that, but in some ways, it’s probably a little daunting.

Howard: It’s not entirely different from the situation we’re in now. The amount of people playing Fallout Shelter on mobile, we can’t get them enough content. Fallout 4 is still our most-played game. It’s in the top 20 on every platform it’s on. We can’t get enough content out and support that the way we want. The same with Skyrim. Skyrim Switch has a big community that we haven’t supported the way we’d like.

We do our best. As we scale up, we’ll be able to put people in the right places and do that. We’ve been very lucky. Our games have been popular enough that wherever we’re putting those people, we’re finding that there’s an audience for what they do. We just have to choose our battles.

Keighley: Part of that comes back to the question around player-created content, if there’s a way to empower players….

Howard: Exactly. That’s one of our drives there. We will never have the ability to satiate everyone. That’s also why we like dynamic systems that create a lot of emergent gameplay, and having mod tools out where the players can help facilitate — “Here’s cool things that change the game and make it interesting!”

Keighley: Do you think all of your games moving forward will have some element of that?

Howard: I can’t say whether Blades will. We’d like to find ways to do that. I don’t know if you mean the user-generated content part, but the emergent part, absolutely, 100 percent. That’s one of our signatures. When it comes to the users creating things and sharing them, I’d say it’s always a goal of ours. Sometimes we can do that more easily than other times. 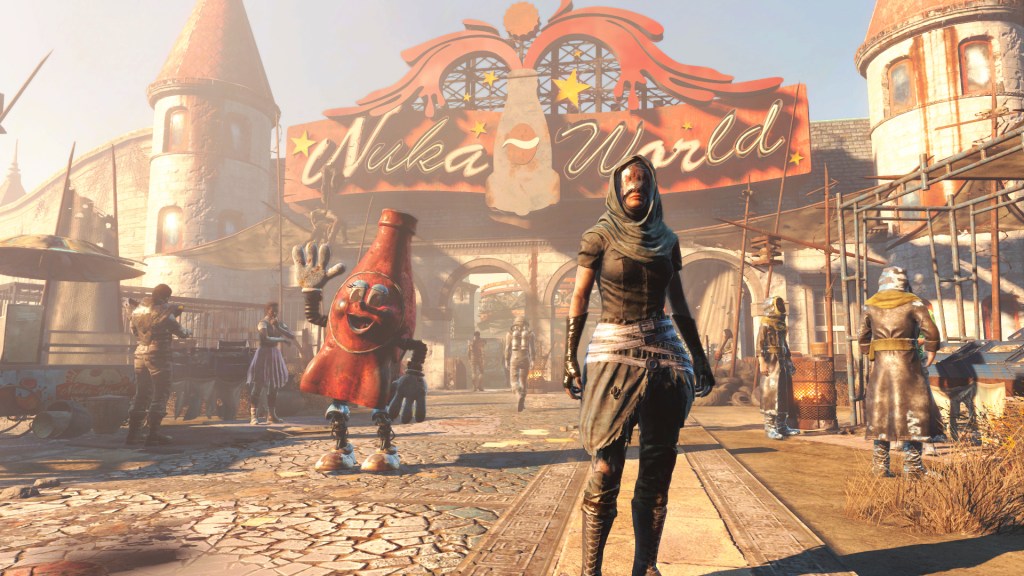 Audience: You talked about being able to update your games after release. How has that changed the development process of your games?

Howard: When you were doing a console game before, you sent it off to certification and moved on. Your ability to touch it was nil. Now, you keep a team on it. Some games, online games, the whole development team stays on it. Some games are smaller, and you leave a smaller team on it. The good thing with our group is, everybody works on everything. We don’t have a Fallout team or an Elder Scrolls team. Mobile is a bit more separate, and the back end services for online are more separate, but for the most part, all the gameplay programmers, content creators, artists, designers, they’re moving between projects. If we need to update Fallout 4 with something, they can move over quickly.

Audience: You talked about Starfield going on for 10 years. While you’ve been working on that you’ve taken entire games from conception to release. How much did those other projects impact your ideas for Starfield?

Howard: When we worked on Starfield — it was more just thinking about it, conversations about what it would be. We didn’t actually start development on Starfield until we finished Fallout 4. Every game we do influences the next game we’re doing, how people react to it. We’re always watching what our fans are doing — what they do initially when a game comes out, and what they do in the long run. That’s changed how we go about — okay, what are we going to do in this game? We realize, as time goes on, that they’re going to play it a lot. They’re going to play it for 1,000 hours.

Audience: A few years ago was the first Bethesda E3 showcase. It was a really big deal, an important step from a status point of view. What was that like for the studio?

Howard: A little scary. The first one we did was four years ago, at the Dolby theater, where they have the Oscars. They suckered me into it, partly, because they said, “What if you only had to give one demo at E3?” I used to go and give demos every hour for a week. I said, “I’ll do anything to just give one demo.” Pete Hines gets the credit for that. It was more than half an hour. But it was great. It was an amazing moment to see all the fans there and do that.

Now, what E3 has become — we understand what it is. We use it when we have something big to say. We put a lot of time in to make sure we’re showing it in the right way.

Audience: You talked about the experience you want to give the player, the tone you want to create. How do you keep that vision after months and years of the development? How do you see that through the eyes of the player?

Howard: That’s probably one of the — it’s not just myself, but how you share that, because a lot of people are creating content. I’m trying to think of things we have. One thing that actually helps, believe it or not, is I’ll go back to E3. Everybody is working on the game, but I’ll have to give a demo or show it. It makes us synthesize — how do we tell somebody, in 15 minutes, what this is? We’re really focused. Times like that really do help.

We’ve started to try to do that internally. We have a big monthly meeting with everybody at Bethesda Game Studios. That meeting gets streamed to the other offices. You’re looking at 400-ish people together in a meeting, and every month we have groups from the team come up and say, “Here’s what we did in the game this month. Here’s why it’s great.” We try to keep people focused in.

But usually, our games are so big that six to eight months out from release, we have all these different parts, and they might be cool, but they’re not quite jelling together the way we want. That’s what we spend the last — it’s what we’re doing now on Fallout 76, trying to bring all those pieces together where it doesn’t feel like seven different games. 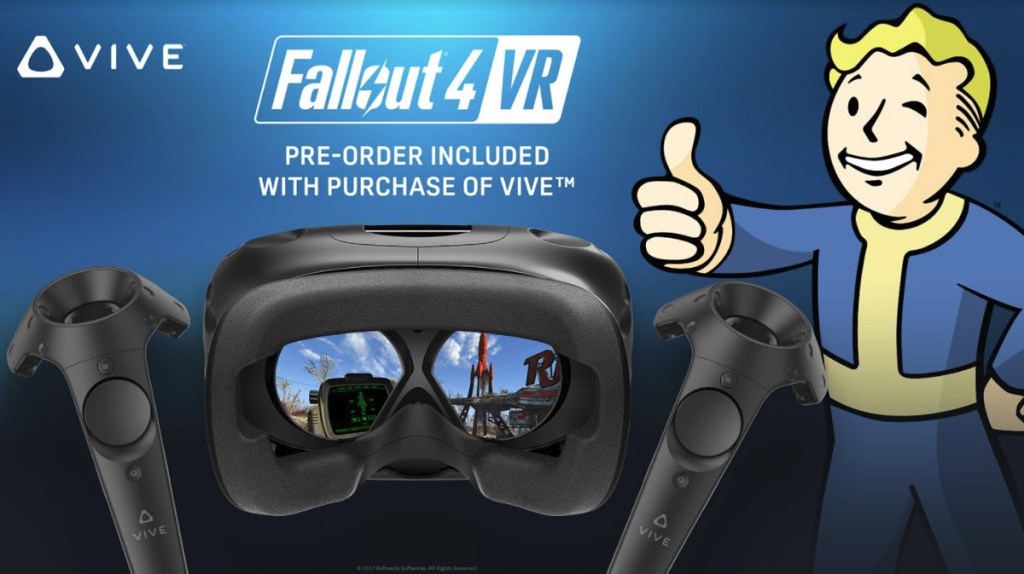 Above: HTC will bundle Fallout 4 VR with its Vive headset.

Audience: I’m curious about VR, AR, and other related technologies. Do you get excited about that kind of thing? What do you imagine doing if they become more mainstream?

Howard: First, I think it’s great. I’m a little more VR than AR, personally, though I’ve seen good work with both. We’ve obviously done Skyrim and Fallout 4 in VR. They were great projects to work on. If you’re a game developer, and a lot of you are, when you get new tech like that, that’s like Christmas. Let’s open the presents. A new video card, a new console system, dev kits, VR headsets, it’s awesome.

I don’t know if it will ever become mainstream the way people think of it, because that kind of very closed-in, insular experience — people are still going to want to look at a screen, often. It’s constricting otherwise. But the technology will get better and better. I don’t think it will wholly replace the big screen. It might. I think it’s going to become popular enough that it’s a key way a lot of people game.
We’re just about to enter what I’ll call the second generation of VR, where the resolution is higher and you can do some pretty good experience. But historically it’s not until the third generation of something where it starts getting popular. The quality goes up and the price points come down. A lot of people have it. My personal opinion is that will hit — if you look at VR bases of people playing, it’s mobile by far, because it’s easier. One of the things we’re doing with Elder Scrolls: Blades, the mobile game, is we’ve built that to support VR, so we can do that from a device in your pocket that you can slide into a headset, all the way up to a high-end HTC device.