Sorry, everyone. While there’s a story floating around today about a “VR” or “pseudo-VR” headset coming soon for Nintendo’s Switch, it’s not true. Even by the loosest definition of the phrase, virtual reality hardware isn’t coming to the hybrid console any time soon, and this is a good opportunity to explain why.

Today’s headlines are based upon the discovery that Japanese retailer Thanko has opened preorders for Eye Theater, a Switch-compatible $200 eye-mounted TV. The accessory isn’t even Switch-specific; it’s just a USB-C-to-HDMI adapter that replaces Nintendo’s dock, outputting the Switch’s video to the glasses.

While Thanko claims that it’s “full HD,” Eye Theater uses a 1,280-by-800 display, which the company claims look like a 120-inch screen as seen from 12 feet away. When you wear the glasses, you see this screen floating in front of your eyes — just like you would if you held the Switch’s own 1,280-by-720 display a couple of feet in front of your face. 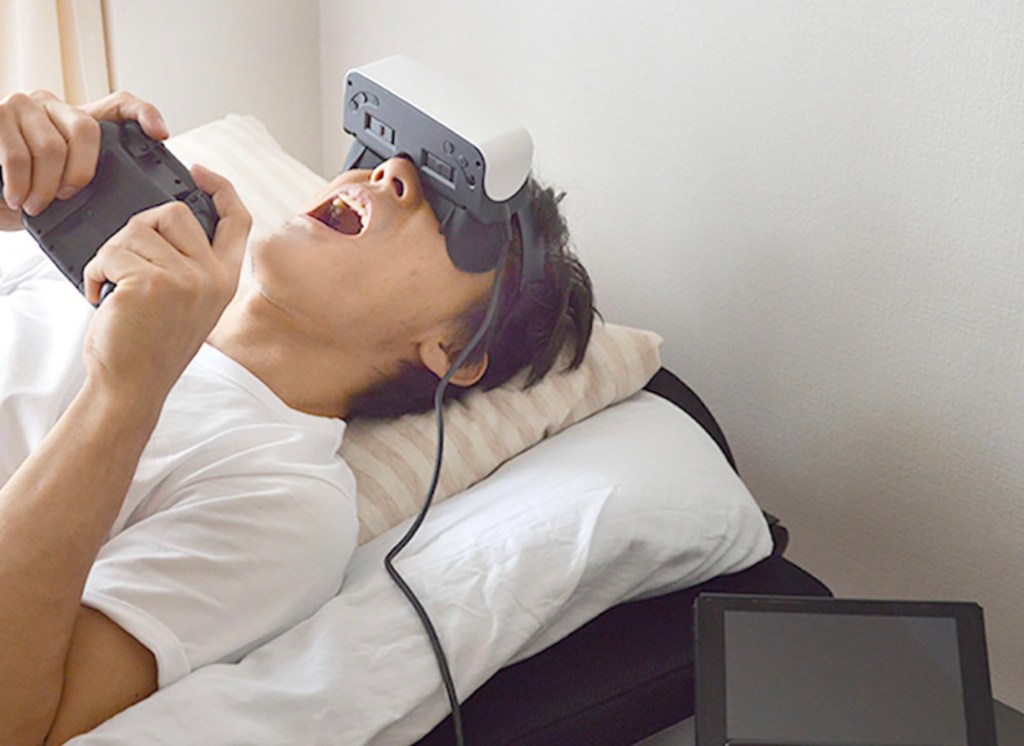 Above: Thanko’s marketing image for the Switch Eye Theater.

While some writers are contorting themselves to explain how such an experience is VR-like, Thanko is largely marketing Eye Theater as a way to watch Switch content — or anything else — when you’re laying down in bed. The retailer uses variations on the phrase “Switch while sleeping” enough times that no one who translates the page from Japanese could miss it.

Even though it’s priced like a PlayStation VR headset, Eye Theater includes no head or eye tracking, no controller motion-tracking, and no stereoscopic 3D. That’s because it’s not really intended for games. Even Nintendo’s “New 3DS” models have more VR hardware inside than an Eye Theater.

There’s also a really good reason most gamers won’t want to use Eye Theater with a Switch: battery drain. An external display requires the Switch to be in docked mode, which means that it will waste power rendering video at 1,920-by-1,080 resolution, only to have Eye Theater downscale the output for its lower-resolution display. So if you’re thinking of using Eye Theater in a plane or train, you’ll need to find a seat with an AC power outlet. 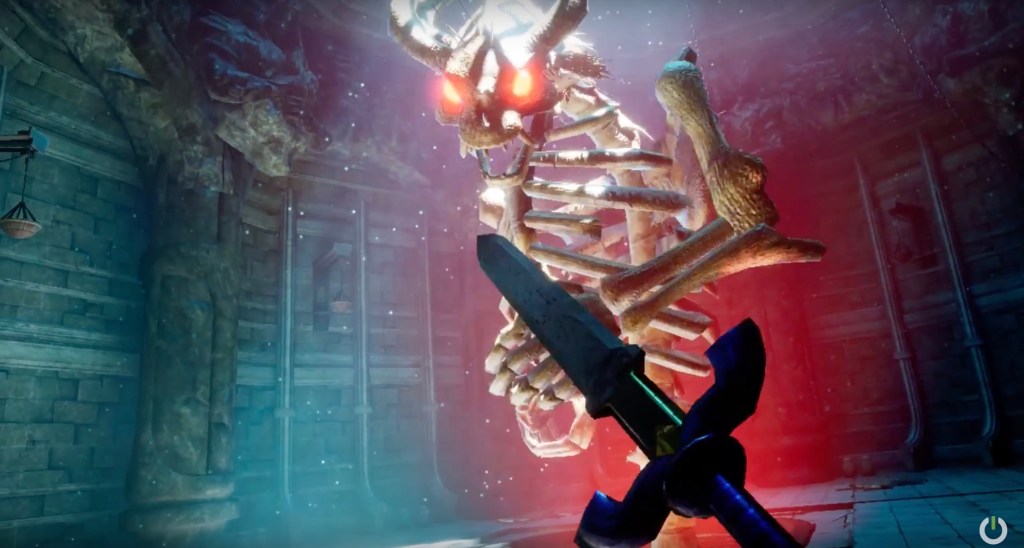 Above: The Legend of Zelda in VR, as imagined by an indie developer.

Conceptually, a Switch VR headset sounds great. It’s not hard to imagine Nintendo releasing a Labo VR headset kit akin to Google Cardboard, or a lighter, more powerful second-generation Switch with Gear VR-style goggles. If Nintendo pulled it off correctly, which it would, Switch VR would make almost everyone forget about the Virtual Boy. Independent developers have already whipped up incredible VR versions of classic Nintendo bosses and pixelated 8-bit NES games to demonstrate the format’s potential.

Unfortunately, the current Switch hardware is certainly not up to the task of delivering a true VR experience. Between the processor, screen resolution, and the location of most of the sensors in the controllers rather than the detachable display, the Switch would struggle as either a VR display or the engine for a standalone VR display. For that reason, don’t hold your breath for VR on the current Switch hardware.

But if Nintendo wants to release an upgraded version of the console with that ability, I’ll be at the head of the line to buy one. And even if it can “switch” into handheld mode, I may not want to take it off my face.