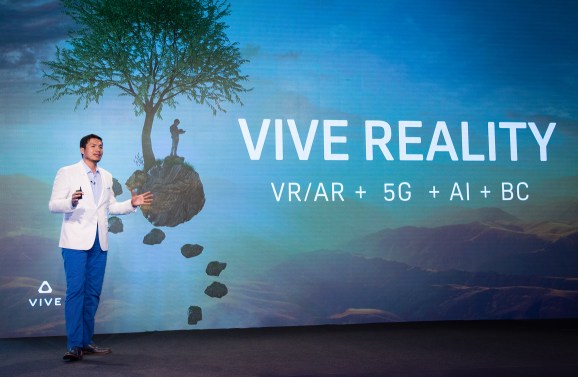 Let’s talk about HTC. The struggling Taiwanese consumer electronics company announced more layoffs this week: 1,500 jobs, or around 25 percent of its workforce. This has been long overdue, but I’ll say it again: HTC should stop making phones. HTC should focus on VR. Most important, HTC should stop doing both.

For those who haven’t been scrutinizing HTC, let me summarize the situation. Every year, HTC makes smartphones that fail to sell. Every year, the company hints that it will make fewer phone models than the year before. Every year, HTC reports lower and lower revenues on top of consistent quarterly unprofitability.

Instead of giving up and changing strategy, HTC makes cuts to its workforce. This never-ending cycle can’t go on forever. Excluding outsourced labor, here is how many employees HTC had over the past five years:

In June, which saw HTC sales fall 68 percent, the company employed about 6,450 people. The latest cut, when it takes effect, means the company will have under 5,000 employees. That’s less than half last year’s figure before we even get to December 31 (the layoffs will be completed by the end of September).

Last September, when Google acquired HTC’s Pixel team for $1.1 billion, many expected the company to announce that it was done with phones. HTC’s phone business has been bleeding money for years, and letting Google take it off the company’s hands looked like the ideal solution. After all, HTC had offloaded the most talented members of its phone team. For whatever reason, it was an out HTC chose not to take, promising instead to make at least one more flagship phone, in addition to its investments in AR, VR, IoT, AI, and 5G.

At less than 5,000 employees, or a quarter of what the company had just five years ago, one has to wonder why HTC didn’t announce this week that it will no longer make phones. Forget the fact that the company hasn’t had a successful mobile device in years, or that its market share doesn’t ever registered on the global top charts. Just solely considering its steady headcount and revenue collapse, it’s clear something has to give.

VR is by no means a larger or more lucrative market than smartphones. But in HTC’s case, the company is at least a competitor. It stands a chance.

Depending on who is counting and how, HTC’s position in terms of VR headset sales can be all over the place, but unlike for smartphones, the company is always named — it’s numbers are significant. If you look at Steam’s numbers, HTC’s Vive and Oculus are neck-and-neck.

Market share estimates aside, HTC is pushing the envelope in VR. Whereas smartphone makers have increasingly less to differentiate between and will likely continue making frustrating design decisions until they can figure out foldable and flexible devices, AR and VR has plenty of runway. Juggling higher-resolution screens, noise cancellation, and responsiveness with wireless capabilities, battery life, and weight is no easy feat.

There’s no guarantee HTC will succeed no matter what strategic move it makes — it is, after all, taking on behemoths like Facebook (Oculus), Sony (PSVR), Google (DayDream), and Microsoft (Windows Mixed Reality). At this rate, the company may simply not survive long enough to be able to compete. But if HTC wants to stand a fighting chance so it can build AR, VR, and other realities for us, it needs to face its own reality.

HTC needs to kill its phones.