SunSpider is a JavaScript benchmark, probably one of the oldest ones around. We ran version 1.0.2, the latest and last version released (Sunspider is no longer maintained). 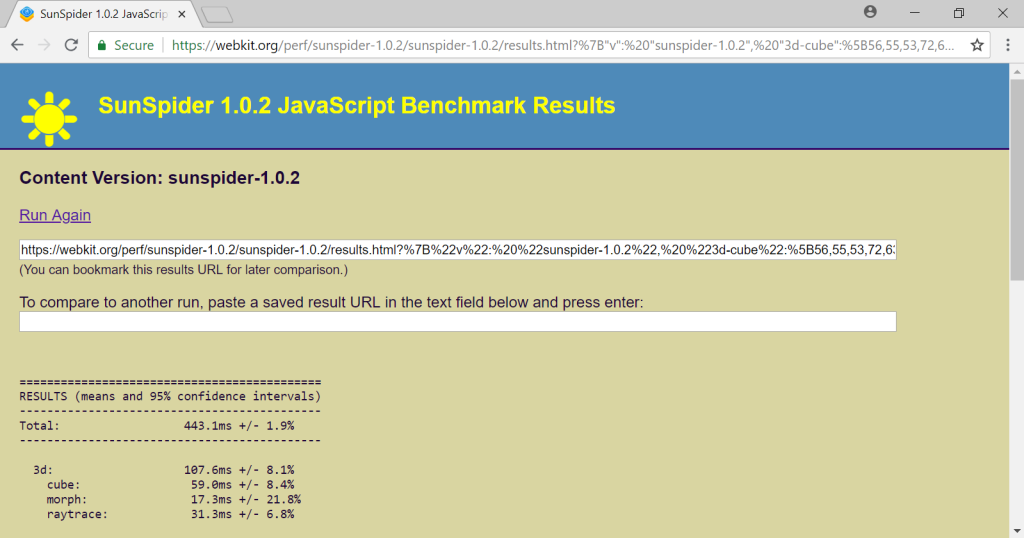 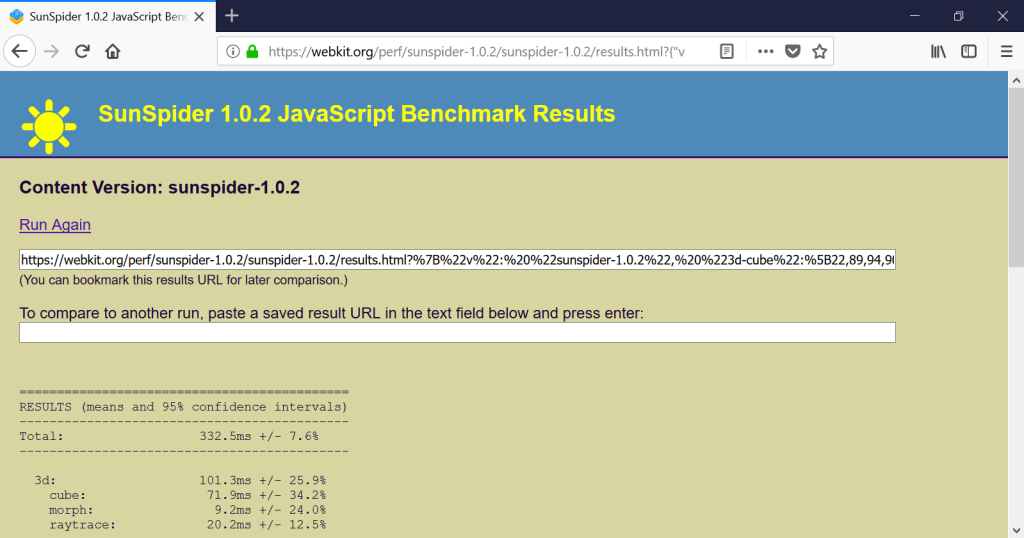 Edge destroyed them both, finishing in less than half the time: 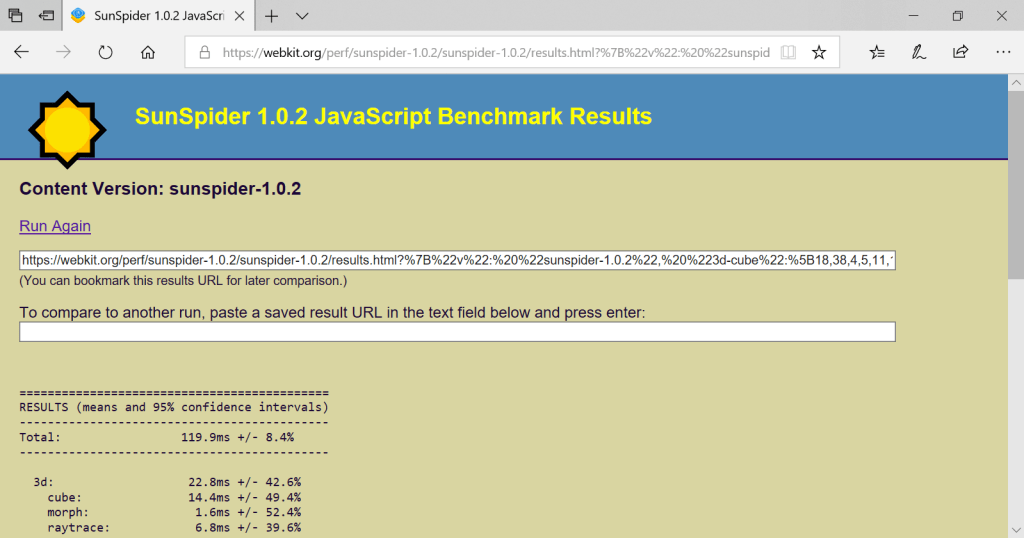 This is an old test, but the reason I keep running it is because I find it interesting that all three browsers bring in consistently worse results as time goes on. The placement has stayed the same lately though: Edge wins by a wide margin, followed by Firefox, and then Chrome. 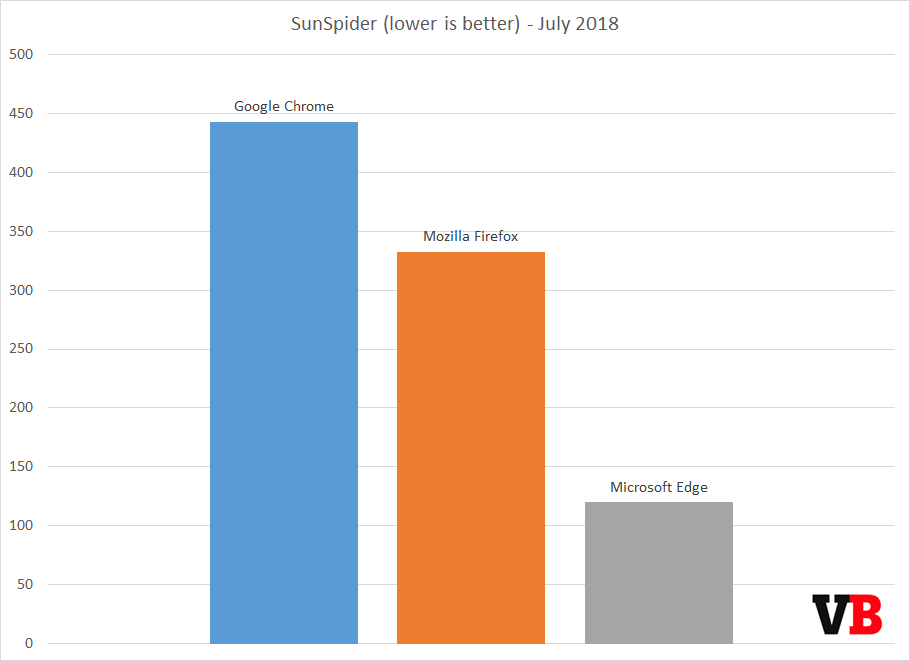