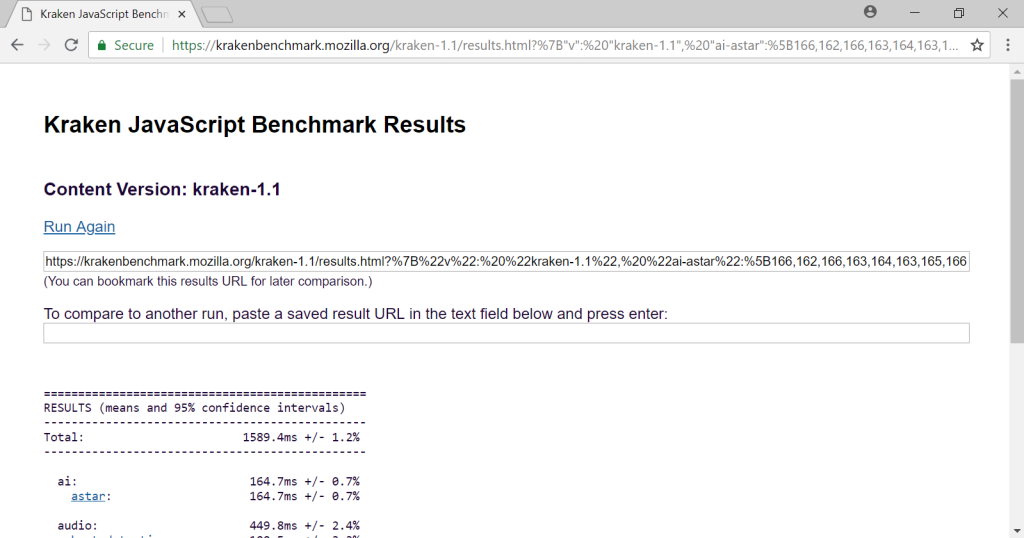 Firefox was a bit faster: 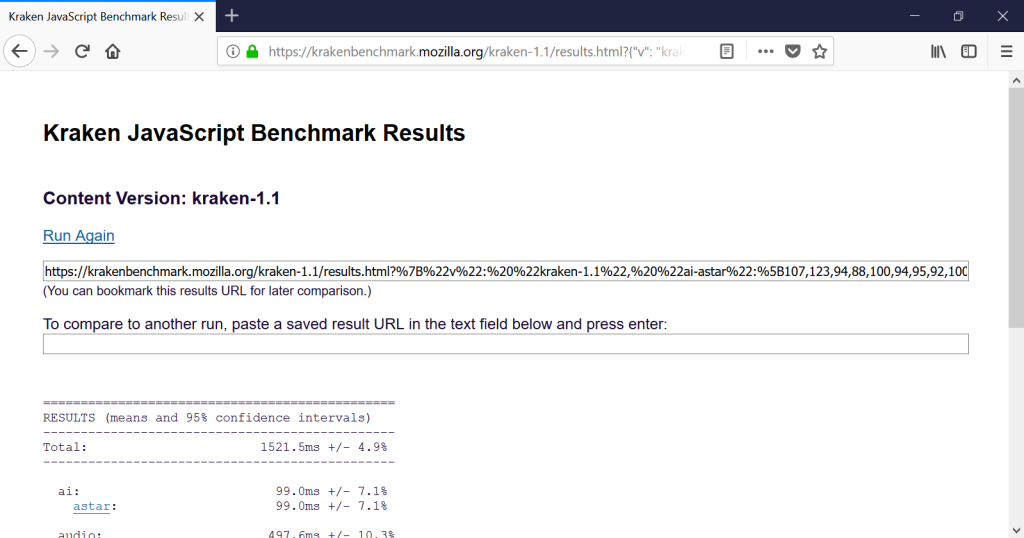 Edge was faster than Chrome but still slower than Firefox: 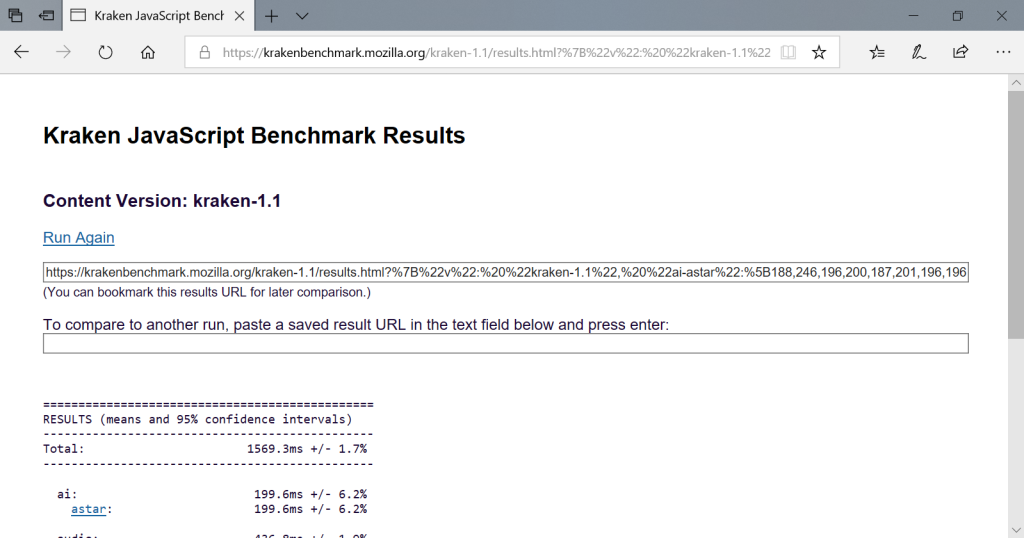 Kraken is Mozilla’s benchmark, and Firefox won this test. But again, this is not the result we’ve seen in past tests, and all three browsers were actually quite close. 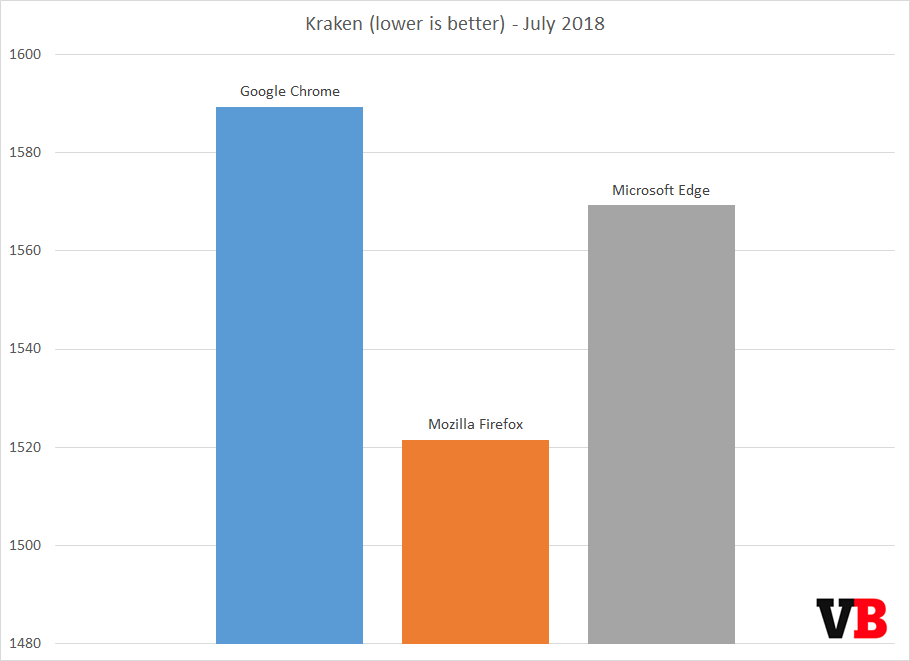