Few people have had such hits as Jones, who most recently founded Cloudgine, a cloud-based game engine company, and sold it to Epic Games earlier this year. But in a recent discussion, Jones confessed that it’s very hard to know whether the game you’re working on is going to be a hit or not.

“The hardest thing about craft is it’s very hard to know if you have something, especially when you’re so passionately invested in it,” Jones said in a fireside chat with Robert Purchese of Eurogamer at the Gamelab event in Barcelona. “You like to think every game you’re doing is a good idea, but it’s really still hard.”

The whole discussion covered Jones’s life in games, his hits and misses, his view of game design, and his experiences at companies, such as DMA Design, Rage Software, Realtime Worlds, Cloudgine, and Reagent Games. Grand Theft Auto has sold more than 300 million copies as a series, and yet, Jones doesn’t dwell on these kinds of hits because he gets bored with making the same game over and over.

Jones has been a pioneer of many of gaming’s most intense and controversial titles, and we thought his talk at Gamelab, where he received the Lifetime Achievement Award, was fascinating. He started making games like the indie title Menace in 1987, and he’s still making games 31 years later.

Here’s an edited transcript of Jones’s talk with Purchese. 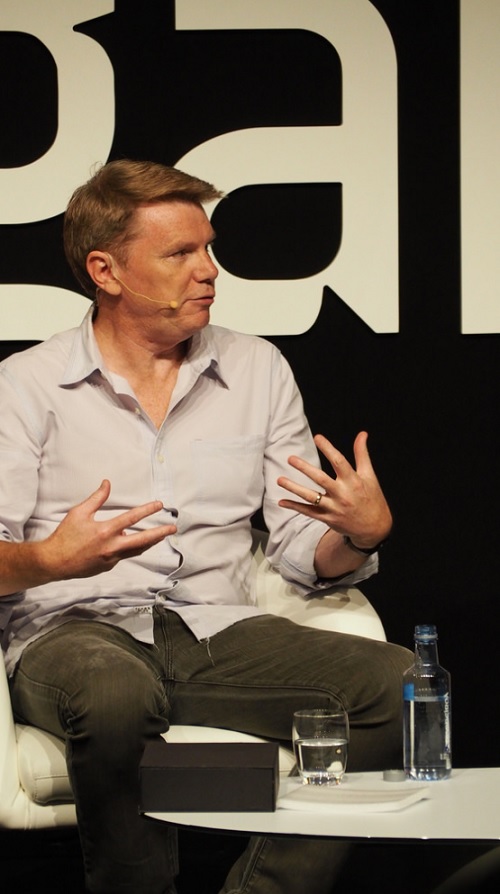 Above: Dave Jones was most recently the founder of Cloudgine, a game engine for cloud-based games.

Robert Purchese: How around were games when you were young?

Dave Jones: For me, they were a distraction when I was at school. Arcades were the thing.

Purchese: What were you supposed to be doing?

Jones: Well, I was supposed to get good results on my exams, which is what you’re meant to do in school. But when you’re waiting for the bus and there’s a Space Invaders machine or a Pac-Man or Defender’s just come out, those were capturing a lot of my time. I thought it was wasted time but looking back, maybe not.

Purchese: When you were growing up, did you always have a passion for games? What did your parents think of that?

Jones: I think they weren’t really sure of what this thing was, effectively, back then. I had a passion for programming, which started when I was at school. We were one of the first schools that had, for example, an Apple II. That came along to our school, and you could learn things like BASIC programming. That’s what helped me, the fact that for the first time ever, at school, you could learn a bit of programming — back in the ‘80s.

Purchese: At one point, you were an electronics engineer working for Timex, the watch company. What was your job?

Jones: I got my dream job, actually. I was really lucky because where I lived in Dundee, Timex was the manufacturer of Sinclair ZX80 and ZX81 computers. They were looking for apprentices in hardware engineering. I knew a little bit. I had built a ZX81 from a kit. Back then, you could save 20 pounds if you bought the computer as a kit and built it yourself. That got me my dream job, an apprentice at Timex, working on things like ZX micro-drives and tape drives and the actual machines.

Purchese: The job at Timex is important because one day, you were made redundant, right? You lost your job.

Jones: I actually chose to lose my job. I said I wanted to leave because the factory was having problems. They were offering redundancy packages. I wanted to go back to university after having that job and get an actual software engineering degree. I only had a hardware engineering one. I thought I would do that — use my redundancy money on this brand new Commodore Amiga….

Jones: That’s right. It was a lot of money back then. You had to import them from the U.S. They weren’t even selling them here. That’s one thing I argued with my parents about. I said it was an investment in my future, but really, I wanted to play the newest games on it. 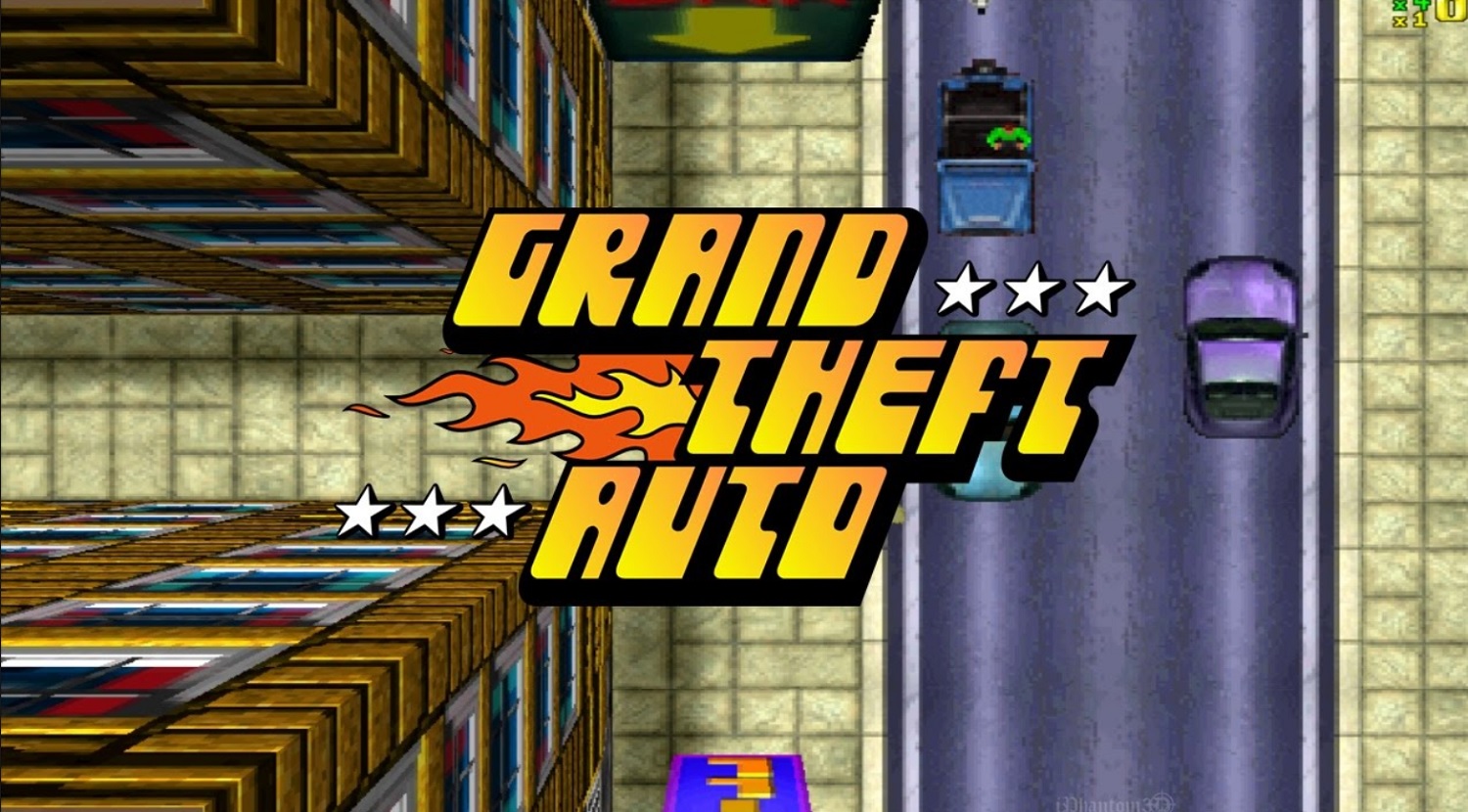 Purchese: This is where things really start to happen, once you had the Amiga. Around this time, or maybe before, you’d fallen in with a group of people, a computer club in Dundee.

Jones: It was. Like most of these back then in the heyday of 8-bit and 16-bit — there were lots of computer clubs in the U.K., and I’m sure there were here as well. We’d get together and work on demos during the week, get together for a few hours and show off [what] we’d been doing from a programming perspective.

Purchese: With the help of some of these people, you created your first game, which was called CopperCom.

Purchese: Was it any good?

Jones: I liked it? It was basically just a classic arcade shoot-’em-up because that’s what I’d grown up [with]. We eventually renamed it Menace. For me, it was a great way to learn how to make a game — not to be too creative initially but just get out there. I was inspired by arcade games, so I tried to make a good quality arcade shoot-’em-up.

Purchese: And lo and behold, who should take note but the ‘80s powerhouse publisher at the time, Psygnosis. What was that like?

Jones: It was pretty surreal. They weren’t in Scotland as a publisher, so I had to drive about 300 or 400 miles to meet them one day, down to a computer show. I took a disc with the first demo on it. A typical story back then. I was probably 21 or 22. I went down there and showed it to them. They seemed to really like it. They were one of the few companies at the time that were starting to publish on the 16-bit machines, the Atari ST and the Amiga. It seemed like a good fit.

Purchese: So they signed you up then and there?

Jones: Pretty much so, yeah. There was no money involved. They did give me a two-megabyte RAM pack as an initial payment for the game.

Purchese: When the money did eventually come in, was that the point where your parents thought, “Oh, hold on a second?”

Jones: I don’t think so. Once again, I was still a student. I was doing this in my spare time while I was a student. It wasn’t really much money in those days, and I didn’t do it for that. I did it because I loved to make it. To try to make a living making games, that wasn’t my plan. At that point, it was still seen as a hobby. Eventually, I’d get my degree and get a real job. This was just a hobby thing.

Purchese: This is when DMA Design was born, right? With the catchy name of Direct Memory Access Design.

Jones: Yeah, it was a boring name. Straight from the Amiga hardware manual. Then, I changed the story about what the name stood for — to make it sound a bit cooler.

Purchese: Your office was apparently across the road from your father’s chip shop?

Jones: Yes, my father-in-law’s fish-and-chip shop, which is a big thing in Scotland. He had a small room above one of his places, and we hung out in there.

Purchese: Did you have deep-fried Mars bars there? 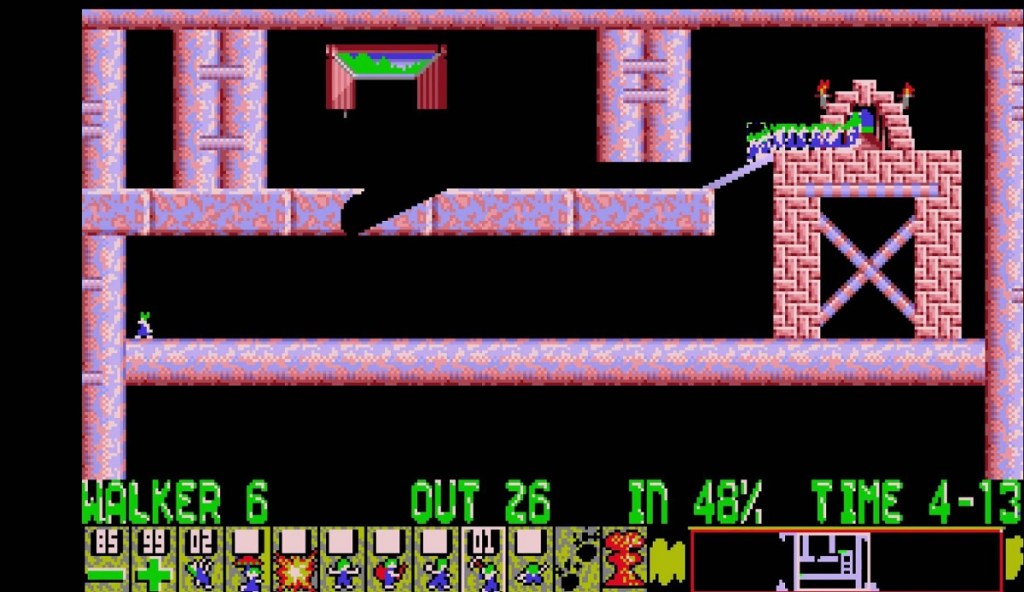 Above: Lemmings was a big hit for DMA Design.

Jones: I remember when they were invented. I don’t like them myself.

Purchese: Now, DMA is very famous for two things. Not that you only ever made two things. But it’s important to remember now how relatively quick game development could be back then and how many different platforms for games there were. Is it strange thinking back to that now? It seems so hectic. People making handfuls of games a year and trying to get them on several platforms, was it a kind of a crazy time?

Jones: It wasn’t fun. Every platform was completely different. Every platform was assembler (requiring knowledge of the machine’s assembly code). Portability was not something you had. We had consoles being launched every month, virtually. Home systems in Japan, in the U.S., in the U.K. For Lemmings, there were more than 20 formats to port the game to, which was a ton of work and not core creative work. It was difficult.

Purchese: You mentioned Lemmings, the first of your very famous games, beyond Menace and Blood Money, the studio’s first games. It was about lots of little creatures that will walk off the edge of a cliff if you let them. How on earth did you come up with an idea like that? 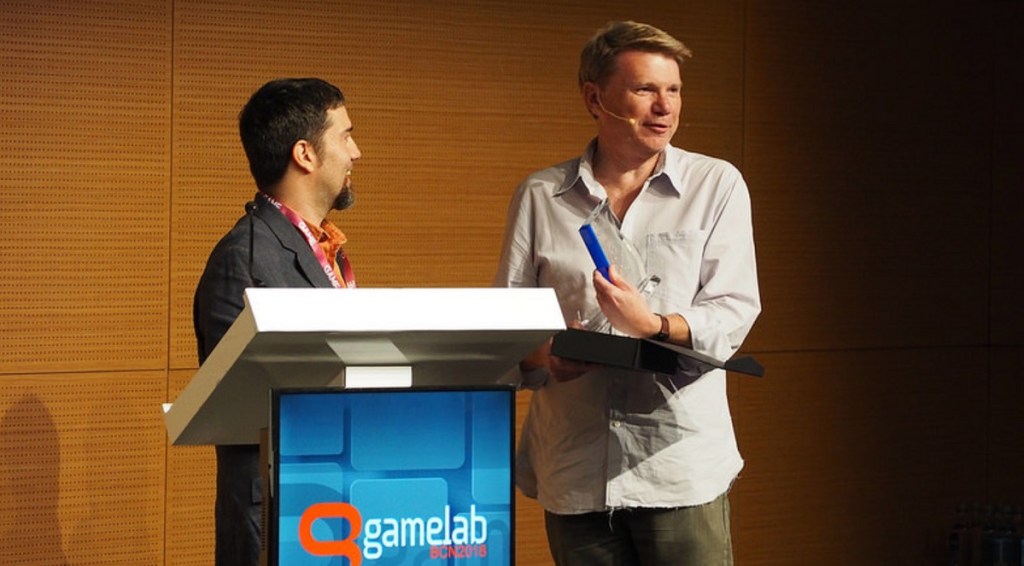 Above: Dave Jones (right) gets his Lifetime Achievement Award at Gamelab 2018.

Jones: Well, it was a luxury of doing it full-time. After Menace and Blood Money, I left college. I didn’t finish my degree, which wasn’t good. I dropped out because I loved making games, and it was going quite well. They gave me an honorary degree, so that worked out. I wouldn’t advise that strategy.

Being able to go at something full-time at that point, really doing something original, rather than the first two — like I say, they were really just learning game programming and making a couple of games inspired by arcade machines. OK, now let’s think of some new, different ideas. It came about from — there was an animation package on the Amiga called Deluxe Paint, and it was just a lovely little thing because you could do animation for the first time, which was a big thing back then.

Mike Dailly, one of the engineers at DMA at that time, had done a little animation of a playable character walking up a little hillside, and there was a little turret with a gun blasting him. It was just this cycling animation. It was mesmerizing, just watching on a repeat cycle. I looked at it one day and thought, ”What if you could make a game where you could control where he was going, so he wouldn’t walk into the cannon?” You could divert him. It came, literally, like that.

Purchese: When did you realize you were on to something? Or did you ever think you were?

Jones: No, to be honest, I don’t think with any game you make — the hardest thing about craft is it’s very hard to know if you have something, especially when you’re so passionately invested in it. You like to think every game you’re doing is a good idea, but it’s really still hard. Even back then, it was very different. That’s always the challenge. If you’re doing something different, you have nothing to measure against. I liked it. People I showed it to seemed to like it. But it’s always difficult to know if something is going to be a hit.

Purchese: When did you know, then? When was the moment you knew, “Oh, crap, this is doing well?”

Purchese: How old were you?