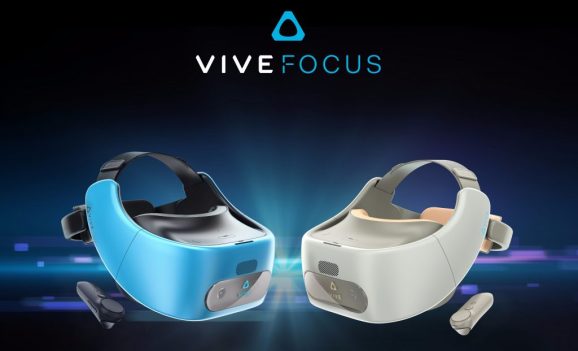 HTC has been roundly criticized for the high prices of its PC-tethered Vive virtual reality devices, but the company’s head of VR for China thinks the problem was overhype — an issue he believes will be solved with premium standalone VR headsets. As surfaced by UploadVR, Alvin Wang Graylin’s comments to Mobile World Live suggest that the company believes that its standalone Vive Focus will reverse its fortunes in the nascent consumer VR industry.

“I think when HTC first introduced its [Vive] product, and Oculus [released Rift] back in 2016, it was probably overhyped,” said Graylin. “People had to go and buy a big PC and set up a lot of wires, and so nobody did it.” For average people, he suggested, the “friction” of using VR was just too high.

“Because of that, 2017 there was a little bit of a let down because a lot of the unit growth people had expected from that hype didn’t happen. But 2018 and beyond, it’s coming to, I guess, a new trajectory … all of the devices have now gone to second-generation and there’s products like this that I’m holding in my hand.”

Brandishing the Vive Focus, Graylin explained, “These are completely standalone — there’s no wires — that allow you to have high-performance premium VR that can let you walk around an entire space, and have your whole body embodied in that space. That has never been possible before on a mobile device … now, when it’s so easy to get this and people can just bring it home and try it, and be in it right away, I think that’s going to change the whole game completely.”

The Vive Focus has been available since January 2018 solely in China, where it sells for the U.S. equivalent of $600. Built around Qualcomm’s Snapdragon 835 chipset, it offers CPU, GPU, and wireless functionality comparable to an upper mid-range mobile phone. HTC has said that it will start selling the Focus globally in the near future.

Graylin noted that HTC is currently working to connect both smartphones and PCs to the Vive Focus, enabling it to wirelessly stream content and games that are beyond its integrated chipset’s capabilities. HTC is also preparing to bring its Vive headsets into the 5G cellular era.

“The killer application for 5G is actually VR, it’s cloud AR, it’s livestreaming 360-degree video in high definition,” said Graylin. “These are the things that require you to have very broad, very wide bandwidth, as well as very low latency, which is the exact characteristic of 5G.” HTC is now working with multiple cellular carriers, as the company believes that VR is a key reason customers will demand and actually pay for 5G services, helping carriers to monetize their network investments.

HTC sold off a major part of its smartphone business to Google, and has since focused largely — but not entirely — on VR. Unfortunately, sales of its PC-tethered Vive headsets and remaining phones have been disappointing. The company’s sales suffered a 68 percent drop in June, leading the company to slash one-quarter of its workforce.