Having previously dipped its toe into virtual reality waters, Amazon is about to dive deeper with two new VR initiatives. The first will see Amazon offering HTC Viveport titles through its online store, while the second involves opening VR kiosks in 10 locations across India to promote next week’s Prime Day.

Previously, HTC has sold Vive virtual reality software through Viveport and Steam VR online stores, but its new partnership will add Viveport apps and games to Amazon’s online store. According to HTC, developers who opt in to the new distribution program will be able to sell their titles through Amazon in the “coming weeks,” adding a new base of addressable customers. Titles purchased through Amazon will automatically be added to users’ Viveport libraries. 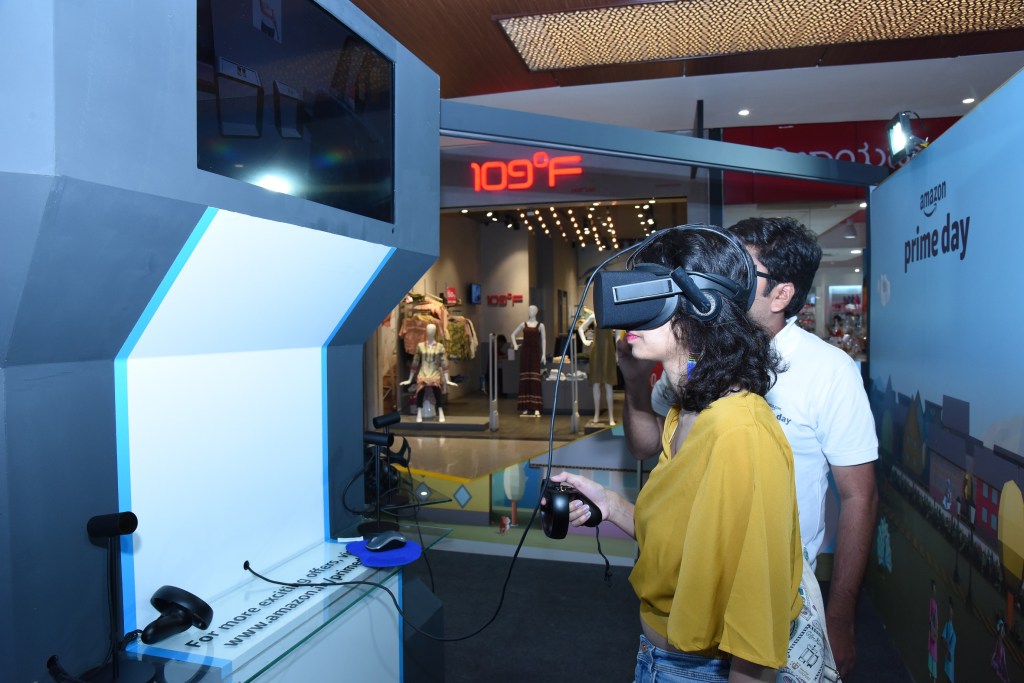 Above: Amazon’s VR kiosks in India.

In a separate initiative, Amazon India’s Prime growth chief Subbu Palaniappan said that the company is opening virtual reality kiosks in 10 Indian malls to promote the Prime Day sale on July 16. Located at popular destinations such as City Walk in Delhi and Inorbit Mall in Mumbai, the Experience Zone kiosks are apparently meant to attract customers at existing brick-and-mortar retail locations.

Using Oculus Rift headsets and Touch controllers, the VR kiosks will let users interact in 3D with the items that will be on sale over the 36-hour event, including viewing products up close or at real life size, as well as placing clothes and jewelry on holographic models. According to Amazon’s Akshay Sahi,

Customers can check the fit & fall of the latest Marks & Spencer dress on a 360 degree hologram, pick up an Amrapali necklace and inspect the intricate details up close, open a Bosch microwave placed in a kitchen countertop to visualize how it would look in their home, play with an Iron Man figurine from Hasbro in virtual reality and more.

The VR headsets will also offer previews of seven new Amazon Prime Video titles that will be debuting this week in India. They will be open to all Amazon customers through July 17 when Prime Day concludes, though the sale will be exclusive to Prime customers. 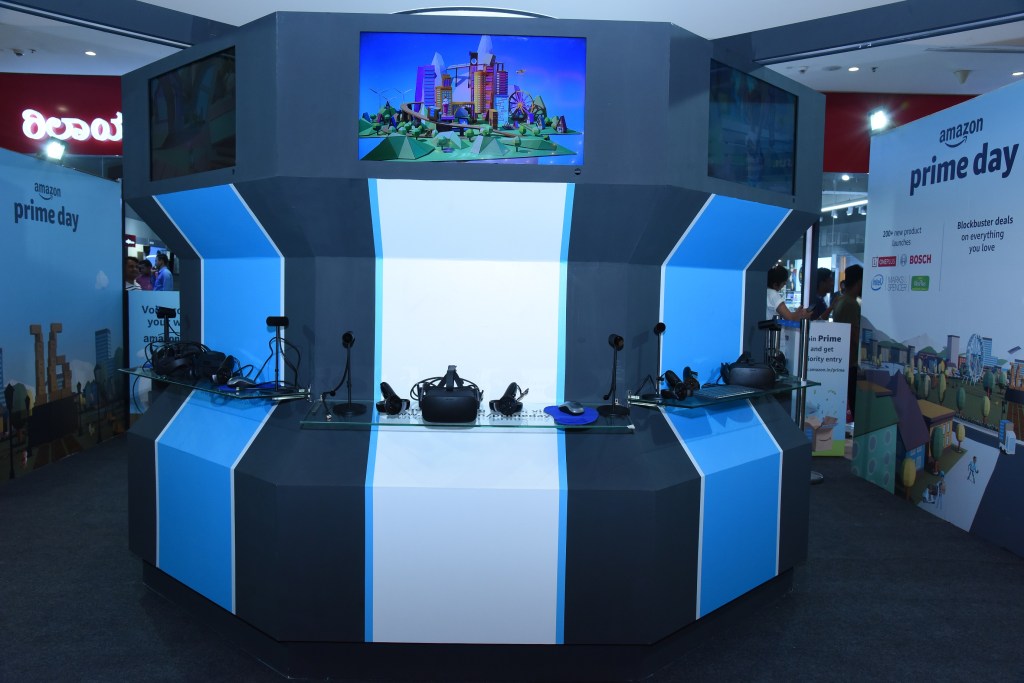 Above: Amazon’s VR kiosks in India.

“Depending on the feedback, we might make this a permanent feature for those who are interested in the touch and feel experience,” Palaniappan told the Times of India. Even the kiosks’ temporary presence in Indian malls is a typically savvy Amazon move, but using them as long-term marketing tools would be ingenious, demonstrating the ability of virtual stores to compete without the footprints or staffing of physical rivals.

Updated July 11 at 4:58 a.m.: This story has been updated with additional images and details on the Amazon Prime Day Experience Zone VR experience.