Now Roader is launching an Indiegogo crowdfunding campaign to raise $300,000 or more for the product, which will ship to supporters starting in September. The latest version will have better features and the ability to record views from your car dashboard.

The idea is to help people catch life’s unexpected moments, which can be gone in a blink of an eye. It’s the brainchild of cofounders Sjoerd Pitstra and Joost Godee, respectively CEO and chief design officer of the Amsterdam-based company. The camera will be available for early birds at $140, or 30 percent off the retail price of $200.

“The time machine is something that really inspires people, and that’s what this makes us think about,” said Pitstra, in an earlier interview with VentureBeat.

The camera constantly records as long as you are wearing it in ready mode. When a big moment happens, you hit the button and it captures the previous 10 seconds and records for an additional 10 seconds, giving you 20 seconds of video.

It records the video in two threads. One thread is formatted at 4:3 resolution at 30 frames per second. This transfers automatically to your smartphone via Bluetooth, where you can watch it to see if you want to save it. If you do, then you can download the second thread, recorded in high definition at 30 frames per second. The camera will work with either iOS or Android smartphones. 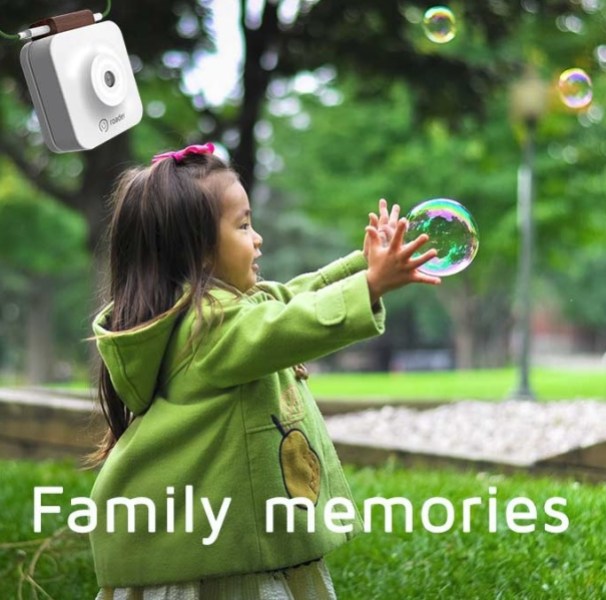 Above: Roader’s camera is designed so you never miss big family moments.

Pitstra and Godee started with their idea in 2015. The Dutch entrepreneurs were inspired by the spontaneity and wonder of the 2013 Chelyabinsk meteor — an event that led to countless viral videos across the world — to create a camera that could easily capture the events of the recent past without the need for continuous recording.

Since CES, Roader collected a lot of feedback, Pitstra said in an email.

“Listening to feedback and our own experience using the product, we felt some improvements were possible,” he said.

The company made the device a bit smaller. It changed the image format from 1:1 to 4:3, so that it could increase the field of view/recording. And it raised the field of view from 78 degrees to 120 to create a wider image.

Roader also redesigned the case so it is harder to turn on accidentally, and it also created a dock so that you can mount it on a car dashboard or windshield.

“Now, after making all these changes, we feel comfortable selling the product. We have lined up distributors in many countries so our first product that will be ready end of September can find the way to consumers,” Pitstra said.