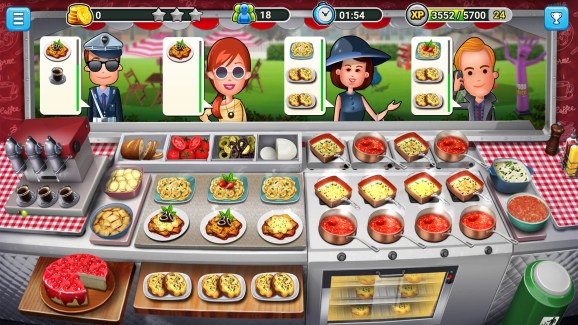 Food Truck Chef is like Cooking Dash, on mobile.

Mobile games now generate more revenue than their counterparts on PC and console, but discoverability on the Apple App Store and Google Play is as tricky as ever. To help apps stand out, mobile game publisher Tilting Point has announced that its user acquisition fund will invest $132 million every year to help developers find audiences.

The publisher’s fund also partnered with some games that have already seen success. It pledged to invest $18 million over three years into a UA strategy for Nukebox’s hit indie title Food Truck Chef, which raked in 3 million downloads in its first 10 days. And it teamed up with Disruptor Beam on Star Trek: Timelines, which has been downloaded 5 million times in two years.

Tilting Point’s approach tackles both lowering cost-per-install (CPI), which is how much developers spend to attract each new user to their game, but also to increase the “lifetime value,” which is how much a player might spend on in-app purchases. To address both, Tilting Point president Samir El Agili says that developers need a live operations strategy as well as analytics.