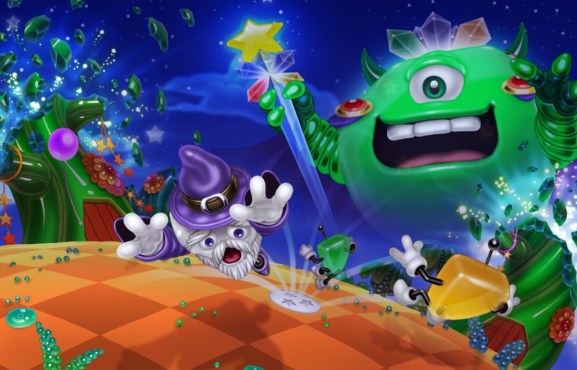 A decade ago, Steve Demeter created Trism for the App Store, and the simple match-3 mobile game with triangles became one of the early successes that proved mobile gaming could work on the iPhone. It made Demeter famous around the world, and he quit his day job as a software developer at Wells Fargo.

Given its success, it seemed like a no-brainer that he would make a sequel. He was able to hire people and do it right. But the sequel didn’t come — until yesterday, when he finally published Trism 2 on the tenth anniversary of the first game’s debut. I put many hours of play into that first game. In fact, I played it for years. But fortunately, Demeter was doing something besides playing for years. He was taking his time on Trism 2.

For a mobile game, ten years is an extraordinarily long development cycle. Early on, Demeter thought about his quick sequel, and he abandoned his original direction in favor of doing something more radical.

But it still didn’t come together. He pulled together a team at his company Demiforce and poured all of his money from Trism — he didn’t specify the exact amount — into Trism 2.

But he wanted it to be special. The match-3 gameplay with triangular objects in Trism was unique, but it was a matter of luck for players to get high scores. Demeter wanted to see skillful players succeed in both single-player and multiplayer competitions.

He veered off in many directions, and he considers the game he is publishing now to be something like Trism 5. He ran out of money, took jobs in the growing mobile game industry, and he now works as director of engineering at FoxNext’s San Francisco studio, Fogbank Entertainment. It gave him its blesing to publish the game on his own.

And so far, after just a day, Trism 2 is exceeding Demeter’s expectations, even as a $3 premium game. (Measurement firm Sensor Tower said it is No. 161 in the U.S. app store, and it is No. 398 out of all apps). Apple’s Phil Schiller called it out in a tweet. And Demeter is proud because he didn’t waiver from his focus on quality and getting it right. His passion project made it to the market, and that is success enough to him.

We talked about Demeter’s odyssey yesterday, as his baby launched. I wanted to understand how it took him more time to make a mobile game than most people spend on their Ph.Ds. (Leonardo DaVinci took seven years to paint the Mona Lisa.) Here’s an edited transcript of our interview. 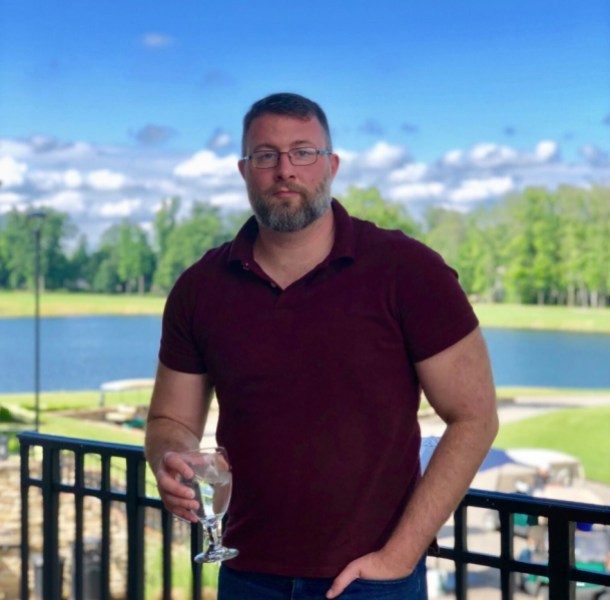 Above: Steve Demeter is the creator of Trism and Trism 2.

GamesBeat: Which part of Fox are you in?

Demeter: This is FoxNext, the studio that put out Marvel Strike Force back in March. I work within Fogbank Entertainment in San Francisco. We’re putting out a narrative game for FoxNext. FoxNext rolls up into Fox Filmed Entertainment under 20th Century.

GamesBeat: One of the things about the 10 years that was interesting to me — I was at the Gamelab event a couple of weeks ago in Barcelona. The different triple-A developers were there talking about how long they worked on some things. Horizon: Zero Dawn took seven years. That was 150 people or so.

Jason Roberts worked on Gorogoa all by himself with two people helping for five years. Bethesda’s Todd Howard mentioned that they worked on Starfield, this ground-up sci-fi game, for 10 years already. It’s taking longer than getting a Ph.D now. It took four years to paint the Sistine Chapel and seven years to paint the Mona Lisa. This is getting into a major commitment, to do something for so long. I wonder if you wanted to talk about that a little, the time frame.

Demeter: The Ph.D is a good comparison. You really have to defend your thesis. That’s the reckoning we have right now, going out to the public. As you know, the gaming public is already passionate. I love my fans. But they expect greatness. What I set out to do, when Trism hit, was I said to myself, well, I could go any way I want to go with this company, but the aspiration I’ve always had — certainly the game creators that resonate the most with me are the ones who say, we’re going to take our time. We’re going to do this right. It’s a process of discovery. When you get it right, you’ll know. I really feel I’ve got something here.

I think that, as a puzzle game, you can ask yourself, what more could there be done in this genre? But man, I iterated time and time again on this. I wasn’t confident to put it out unless I really had something. What I think I have here is really great. I didn’t put myself on a quarterly analysis or cadence in terms of needing to fulfill this profit margin. I did it like an indie. I guess I have to reckon with that right now, but the fact is, I’m very proud of it. The vision for my company was always around the fans and making those fans happy with it. Sure, it’s very late, but I’m proud of it. 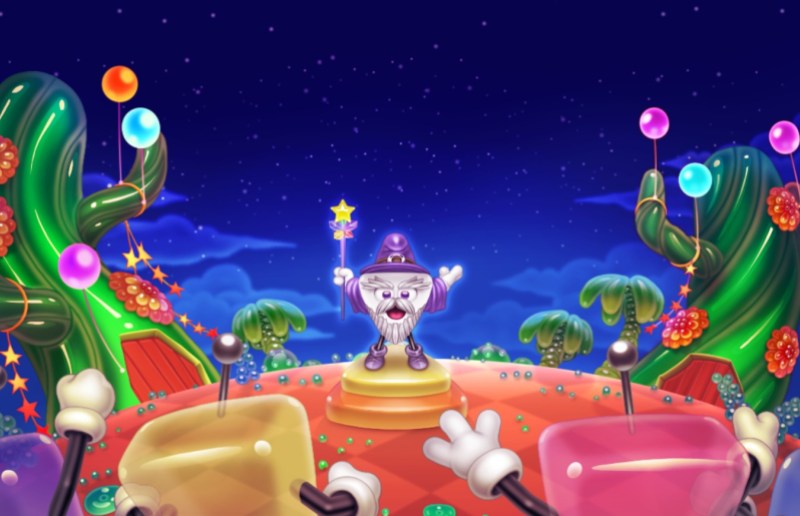 GamesBeat: Did you hire people at different points to do certain tasks, and then bring them in on gigs?

Demeter: Yeah. When I started this thing I really had no idea what a game studio was, but I kind of failed into it. The game you’re going to play is essentially Trism 5. I’ve iterated over this thing a couple of times. But I did have a core art team, engineering team, and design team. I also had some people helping out with business development.