Fortnite has been a huge hit since adding its Battle Royale mode in September. You can play the game every relevant platform: PlayStation 4, Xbox One, Switch, PC, Android, and iOS. The free-to-play game has attracted over 125 million players thanks to its ubiquity, engaging gameplay, and presence on livestreaming site Twitch and other forms of social media.

Season 5 adds a new Battle Pass, which you can buy with real money or in-game currency. This gives you access to new cosmetic items, including characters, gliders, emotes, and more. You unlock these by completing challenges, with more becoming available every day and week.

That’s an incentive to keep playing for sure, but these big season refreshes are so much more. Fortnite’s Battle Royale mode takes place on a single map. A new season brings big changes to the world, and that’s especially true this time. Epic Games has added a whole new desert area, a Viking village, and more. 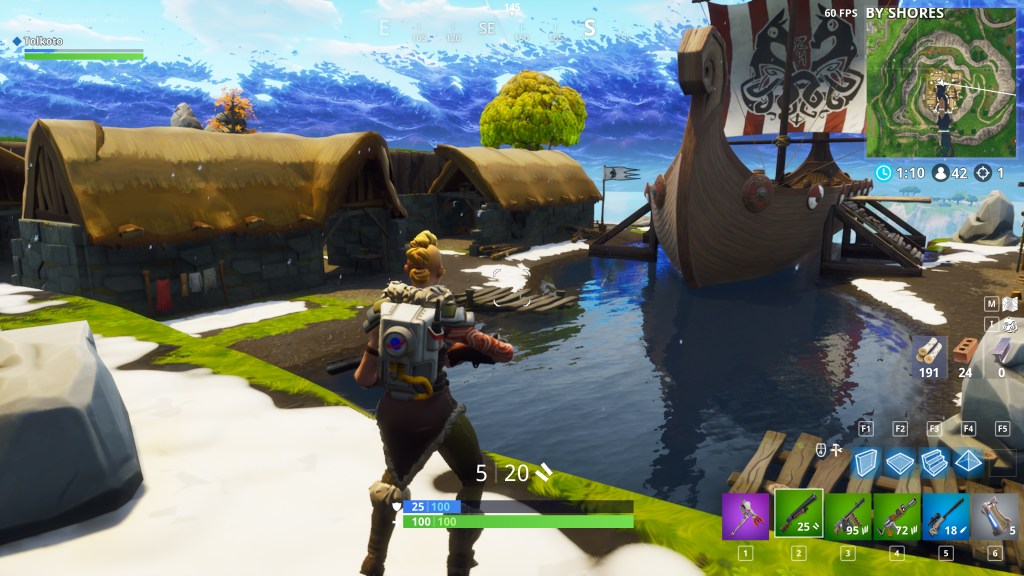 These big changes make the first day of a new season an exciting time of exploration for fans. You want to see all of these new areas. And Epic Games also adds new weapons and other items, which includes a golf cart-style vehicle this time around.

Fortnite adds new things regularly, but it understands the importance of the big day. Getting a random gift here and there is nice, but nothing beats the feeling of seeing a pile of presents on Christmas. The first day of a new season is Christmas. It’s “the big day.” And just like kids rush to the tree on that morning, Fortnite fans are eager to explore and experiment with every new item and location on the debut day of Season 5. It creates a ton of excitement.

And just like how lights, decorations, and TV specials signal the coming of Christmas, Epic Games knows how to build up to this big day. Before Season 4 started, players saw a meteor in the sky that eventually crashed onto the map. For Season 5, players saw a missile launch and cause a cosmic crack in the sky. This lead to portals showing up and displacing famous Fortnite icons, including a burger restaurant mascot’s (which later showed up in a desert in the real world). All of these big events and mysterious twists keep players engaged in the weeks before the debut of the new season.

I have been playing a decent amount of Fortnite, but I was beginning to feel a bit burnt out. Season 5 has reignited my interest. I have so many more challenges to tackle and new things to see. And the excitement of the new season brings my friends back to the game, giving more people to play with. I’m sure my experience isn’t unique.

Games can only stay at the top so long, but Epic’s masterful content updates will keep Fortnite relevant and popular for a long time.