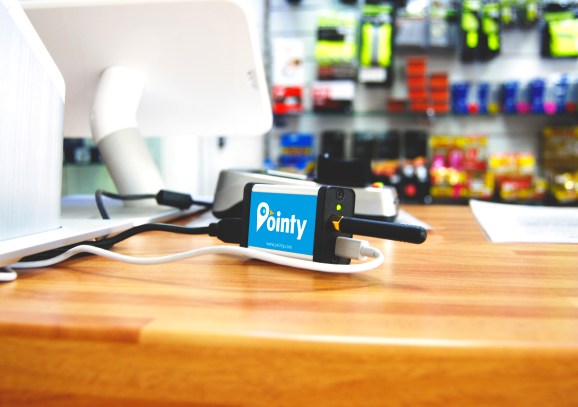 Dublin-based Pointy announced today that it has raised $12 million as the company seeks to expand its solution for helping traditional retailers compete with ecommerce giants.

Pointy has developed a service that gives local bricks and mortar stores an efficient way to ensure their current inventory is displayed on their websites. According to Pointy founders, people opt to make purchases online and wait several days for a delivery, not realizing the same product may be available just minutes from their home.

To do this, the company has built a small device that connects to a store’s bar code scanner. When the store scans the item into inventory, the item also gets listed on the store’s website in a method that also optimizes the listing for search engines.

“We’re experiencing rapid uptake by U.S. retailers, and this will help us scale up further,” said Pointy CEO and cofounder Mark Cummins. “We started Pointy to help local stores be more visible online. It seemed crazy to us that people had to wait two days for Amazon to deliver a product that could be 100 yards away in a local store.” 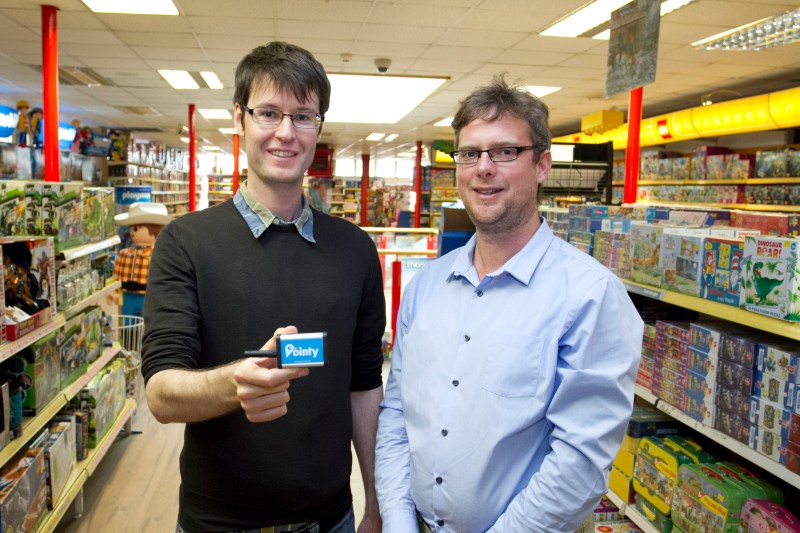 The $12 million series B round was led by Polaris Partners and Vulcan Capital and brings its total raised to $19 million. The company has previously raised money from Draper Associates and Frontline Ventures, along with Matt Mullenweg, founder of WordPress; Lars Rasmussen, cofounder of Google Maps; Taavet Hinrikus, cofounder of TransferWise; and Michael Birch, cofounder of Bebo.

In addition to the fundraising, the company has recently signed a series of partnerships with companies that offer point of sale services to local retailers, including Square, Clover, and Lightspeed. The company also partnered with Google in June as part of the search giant’s own initiative to help local retailers called “See What’s In Store” which now allows the store’s inventory to appear on its Google page.