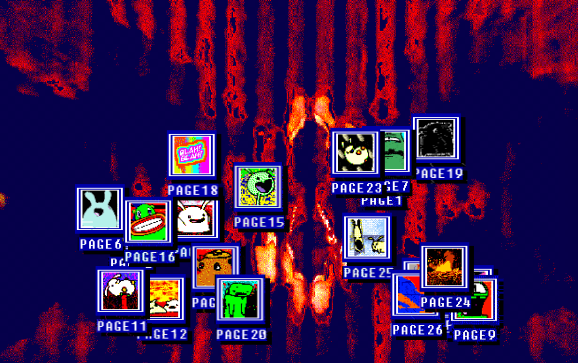 It’s been a week since ArenaNet fired Guild Wars 2 narrative designer Jessica Price and writer Peter Fries without any warning, and the statements the company has released since then have only caused more outrage.

The short version of what happened is this: Price tweeted a thread explaining the intricacies and challenges of writing characters for a massively multiplayer online role-playing game. YouTuber and ArenaNet content partner Deroir replied to the thread with his layperson take on the subject, and Price was having none of it. She shut him down, drawing the ire of an internet mob — or at least the ire of bots and sock puppet accounts, according to Giant Spacekat cofounder and U.S. House of Representatives candidate Brianna Wu. Her colleague Fries came to her defense, and for both their troubles, ArenaNet fired them.

No matter how you choose to read the exchanges on Twitter, ArenaNet’s decision to fire Price and Fries has had an appalling ripple effect throughout the industry. According to a statement by Game Workers Unite, a grassroots organization that seeks to help game developers unionize, “This event carries echoes of Gamergate, and will only embolden harassers further.”

In the aftermath, Price has been subject to full-scale harassment on social media, and she turned her accounts over to a security team to handle. She returned online yesterday to speak out about the damage the ArenaNet has done, saying that not only did the company fail to condemn harassment but that it actually escalated it by calling her tweets “attacks on the community.”

And the consequences are already being felt. Some female developers have come forward to say that they’ve been harassed and their employers have received messages asking for them to be fired simply for expressing their opinions on social media.

The wave of harrassment Anet has enabled is a Real Thing.

I usually don't directly share these but I need y'all to see how stories such as Jessica Price's and her firing from ArenaNet have serious consequences beyond just one company and instead spread like poison through our entire industry.

We got this message at Opaque about me. pic.twitter.com/sgx1ngFY8W

A plague of online abuse

Developers are frequent targets of abusers online. They receive a barrage of venemous comments — sometimes for creating experimental games or for not delivering on some small promised feature … or for the simple fact that they’re women.

Indie dev Nathalie Lawhead has been vocal about this problem and her own harrowing struggles with it. She has created interactive ‘net art since 1999, winning accolades like IndieCade’s 2017 Interaction Award for her game Everything Is Going to Be OK and the Independent Games Festival 2016 Nuovo Award for Tetrageddon Games. She recently released her newest title, Cyberpet Graveyard.

She’s faced online abuse throughout her career, and these toxic attitudes translate into real-world spaces as well. When she demoed Everything Is Going to Be OK at Double Fine’s Day of the Devs, she encountered hostility from people just because it didn’t conform to what they thought a game should be. And she’s faced harassment from coworkers.

“There were points in my online life where I was being cyberstalked to such an extent, by people that I worked with, that I was terrified of anything I posted for fear of how that would be used against me at work. It might seem like silly hazing, but imagine being gay and that exists. You can’t show anything from your personal life because that’s going to be weaponized against you,” said Lawhead in an email to GamesBeat. “That’s something that happened in one workplace. I imagine this scenario now in the hands of an over-empowered fanbase that feels entitled to destroy anyone they disagree with. It makes games even less appealing to work in.”

Maximilian Arocena also develops experimental titles, using the moniker Colorfiction. His most recent release is the psychedelic exploration game 0°N 0°W. He shared with me a few abusive messages that he received for one of his titles, scrubbed of the person’s personal information. The language in these messages is appalling. The person shrieks in all caps, accuses him of being “too lazy” to make “a real game,” and liberally lobs profanities. It’s not constructive. It’s meant to wound.

“After several more interactions like this one with other people (particularly on Reddit when sharing the game), my responses gradually became drier and drier until I stopped replying,” said Arocena. “I just don’t see the point in it anymore, I’d rather focus the energy working or even taking a break. When going over comments or messages you start getting really good at apprehending by the first couple of words if it’s going to be something nice or toxic and your brain automatically shuts off and goes to the next one. It’s a sort of culling technique or self defense strategy that becomes subconscious after a while.”

For people who haven’t had to deal with online abuse, these kinds of messages might seem like a small annoyance. But imagine thousands of them screaming at you, telling you that you’re worthless and that the game you just poured months or years of your life into is worthless. Imagine these same people threatening you with violence or telling you that you should commit violence against yourself. Imagine opening your inbox and seeing nothing but a sea of rage.

And imagine those people now having access to your employer, who might — as Price put it — “fold like a cheap card table” and fire you. Imagine losing your healthcare or not being able to pay rent just because some people on the internet didn’t like a tweet.