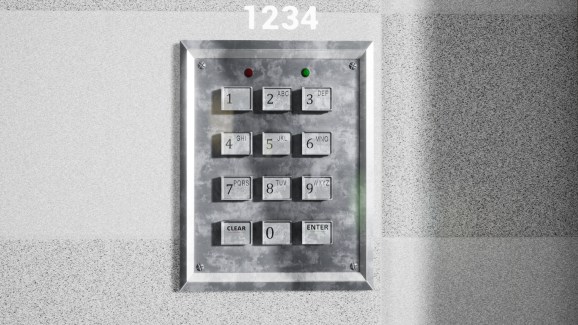 One of the assets you can find in the Unreal Engine Marketplace.

Epic shook up the payment model for its Unreal Engine (UE) Marketplace yesterday when it revealed it will now pay out 88 percent of every sale to creators. This reduced Epic’s cut from 30 percent to 12 percent, and the company noted that it would still earn a profit from that — oh, and Fortnite is doing OK as well. But Epic didn’t stop with that increase for creators who make art assets and plugins for its game-creation toolkit. It is also planning to go back and pay that 88 percent cut retroactively for all sales over the last four years.

That means that any asset developer who has spent any time on the UE Marketplace should expect a healthy windfall from their next direct deposit from Epic.

Epic has not sent out any back payments yet, according to any of the indie developers I’ve spoken with. It also hasn’t reached out to say exactly how much creators should expect. But the news had many of the 1,500 developers who produce content for the marketplace calculating their sales to figure out what an extra 18-percent cut would mean for them.

So the money I'll be getting back from Epic is enough to fund our company for two stress free months, thank you so much Epic Games<3 what a lovely surprise

Katie Nelson, who is a 3D artist with Blueprint Games, confirmed on Twitter that she is expecting a big payout.

“It was a huge surprise, we were already overjoyed by the percentage change,” Nelson explained to GamesBeat. “But when I heard that they would also be returning money from all previous sales, I was in shock. I almost didn’t believe it at first.”

Blueprint Games has enough money now to run for two months. Some others are expecting five-figure payouts.

“It’s a considerable amount — over $10,000,” QI Software lead 3D artist Mackenzie Shirk wrote in a message to GamesBeat. “It has me extremely happy considering this has come out of nowhere.”

Everyone I talked to echoed that excitement about this payout. Many said this would afford them some new opportunities for their work or just for their personal finances. Nelson said that Blueprint generates some revenue from contract work as well as other platforms, but that eats into the time she can put into making new products for the marketplace or into her own projects.

“Hopefully, I can take on less contract work and focus more on asset packs so that I have more time to work on my own games,” Nelson said.

Luos Arts chief executive and VFX artist Yoeri “Luos” Vleer said that the payout means a lot less stress in his life for the next few months, and he knows how he’s going to spend it.

“It results in me being able to pay my student loan and debt off and have money left to spend some time working on my own dreams instead of working on the dreams made by others,” said Vleer. “You could say I am almost in shock because this opens up a lot of opportunities.”

Others echoed the idea that the payout creates room to work on more personal creations. Shirk was already planning to spend more of his time making content for the marketplace to help fund work on his game Dead Matter, but now, he doesn’t have to do that.

At the same time, Shirk says Epic has given him more motivation to return to the Marketplace when he does have time.

“The increased revenue share also makes me want to up the amount of content I make on the marketplace substantially because now, it’s a lot more lucrative for me to do,” he explained. “This has definitely been a win/win situation for content creators on the marketplace.”

But not everyone I spoke with is going to rush back to the Unreal Engine Marketplace, even if they are excited about getting a big paycheck for previous work.

“The back pay is significant,” one artist who asked me to withhold their name told me. “We started January 2016, so it’s quite some time that goes into that, but the marketplace has increasingly given us worse sales by stacking it with low-quality assets. Even when we would release new assets, we would still see a massive drop in sales. And the only sales we’ve had from the last year is from rare occasion random purchases or when we do a sale.”

The Unreal Engine Marketplace has 5,000 products for sale, but some categories are more crowded than others. For its part, Epic says it has tried to keep the store curated with high-quality assets. And the Marketplace has around a tenth of the total content as the competing asset store in the Unity game-development toolkit. But still, some developers are seeing a drop in discoverability and interest from developers on Unreal Engine, and they blame the backend tools for a lot of that.

“It’s really amazing what they did, but I remain highly skeptical,” the anonymous artist told me. “Epic Games has a long history of not providing a marketplace we as sellers can work with properly. It provides no information about our customers whatsoever — like age, country, language — so we have no idea where our customers come from or what countries we sell the most to. Additionally, the marketplace doesn’t notify us about comments on our assets, which people like to use as a support board, making it very unfriendly to deal with.”

The artist noted that their team has stopped creating new assets for Unreal Engine, and they considered taking them down because they didn’t want to deal with support.

“With the cut in Epic’s royalties, we’d be less inclined to take down our assets,” they said. “But without Epic Games actually improving all the rest, we’re not going to release any extra assets.”

Developers are hoping that Epic taking a smaller cut isn’t indicative of its plans to slow down improvements to the marketplace. The company’s blog indicated just how fast the platform is growing. The store saw a 30-percent growth in sellers through the first half of 2018, and it has had 8 million downloads since 2014. Epic also did the work to release all of its assets from its defunct multiplayer online battle arena Paragon into the store.

So while nothing is going to do Fortnite money for Epic except for Fortnite, the company is still treating Unreal Engine and its marketplace as its long-term future.