Menon: You know I’m back to being depressed now. I tried to end it on a silver lining but it didn’t work.

Beumala: We will have some drinks now.

Farrelly: At the end of the day, the bottom line is that they do need us to be making money. They can’t make money without us .

Beumala: The end of the thing is those are companies they have massive volume, but their business and their margins are going down, they are very low so they need to keep growing with other businesses. This is what happened with cable TVs, so maybe it could be the same with online media’ 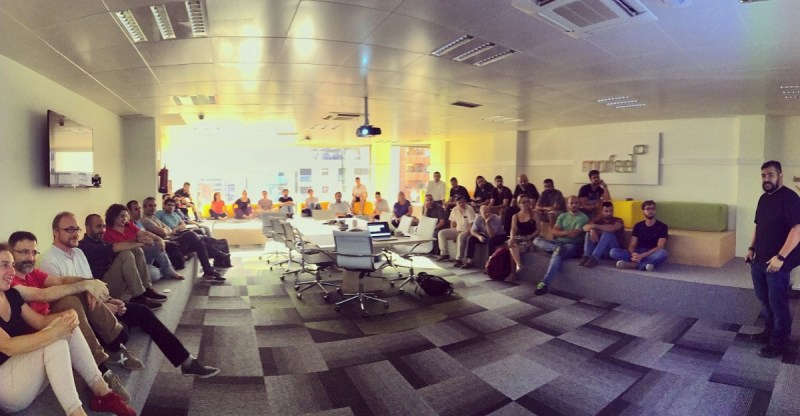 Above: Marfeel event in Barcelona.

Audience: We need to have a big discussion about fake news. We have elections this year, and there are some people who believe that Google can manipulate though it has not the authority to determine what’s fake news and what’s not fake news. What’s your opinion about that?

Beumala: That we are screwed. Yes. It’s a problem. I think that we get into the ethics situation, where technology might not be ready yet to detect, well peruse content just to pretend to be another kind of content or bait content at the end because maybe it’s not fake, it’s been bait.

Webb: I think in Sweden, they’ve taken a rather holistic approach to this like the swedes often do. I think they teach in schools, they teach kids how to critically think about the information that they read, and check the sources

Audience: But that’s for Sweden?

Webb: Yeah. I don’t think there is a simple answer. Google don’t consider themselves a publisher and you know one man’s fake news is another man’s gospel truth. And who would Google go to and decide that?

VentureBeat: Sometimes the laws have encouraged the big guys to be actually hands off. Where they did not want to be perceived as partisan in any way and yet they have like this common carrier, this platform and if they started reaching too far in determining what’s fake and what’s not fake, deep down in a political way, then they would be cracked down upon.

Webb: Banning opposition parties in instances where opposition parties need to flourish. So it might be long term but I think it’s probably the most healthy way of doing it which is actually getting society to question the relevance like I was told this…

Beumala: There’s such a long road ahead…it’s true. You see something randomly somewhere and you take it as the truth.

Webb: Especially if it reinforces an opinion that you already have.

Beumala: Exactly what you were looking for right?

Audience: [What is the impact on your business?]

Beumala: I’ve been in discussions revolving around this topic and we always end up saying that fake news or what are perceived fake news, there is such a thin line between one opinion, lots of the times when you answer that, you get more criticized, after all fake news can be hey someone has that, that’s fake, if he doesn’t. it’s white or black. But when we are talking about politics, if it’s my opinion, why should it be fake news. It’s just my opinion. If I get my followers and people to follow me and to believe in what I am saying, then we get back into education and warning people and kids with the critics in mind. So in terms of politics, yeah.. I think it’s so hard.

VentureBeat: Influencers are growing big all the time. Much faster than journalists or legitimate news sites. 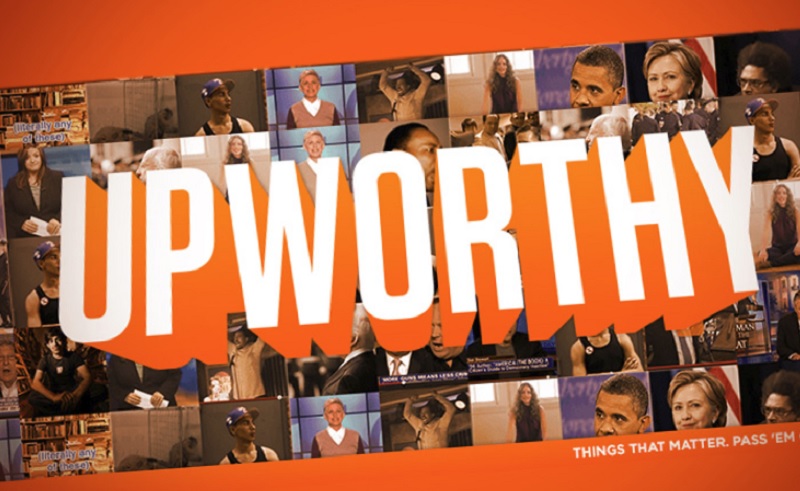 Audience: Some people can be amazing. I have a cousin who will send me fake news and I never check it, what he sends me.

Menon: You know what’s interesting. In India, there is a non-profit organization which has a number that’s public, and if you get a forward from somebody, you can forward it to them and they would tell you if it’s factually correct or not. It’s interesting but the only thing is again I don’t know the adoption rate. In a country that big with that many users, it would be great if like one percent adopt it but that alone is not going to be enough. If you have mass adoption, that’s a different thing. But it’s interesting. Its way young, they’ve only started doing it early this year or so. It’s actually going to be interesting to see if it works.

Webb: In a way, it’s abdicating responsibilities of an individual. Isn’t it?

Menon: That is actually the scariest; I would actually go for a more depressing thing.

Webb: Well, the problem with the artificial intelligence solution is, let’s say for example we are doing something about religion, so many things like the earth was only formed six thousand years ago…

Beumala: That’s an opinion. With an opinion, so it’s not fake. It’s my opinion, whether you like it or not.

Menon: The problem is, with AI it not a matter of… it’s binary

Webb: You don’t have an AI solution to those kind of things.

Webb: That’s a very simple… and then what are they gonna do? They are gonna analyze and maybe see there is a whole aspect of it that isn’t fake. I think we like to think that all of these big guys, they should really come up with a technological solution and I think as problem as that is, it does abdicate responsibility. We’ve always lived in a situation where we are given lots of sources of information and we know people have grown up to query that information in many cases. And I think now when we have these big providers providing us with content that we might like, it’s an odd conclusion  I think society is coming through which is like oh it’s not our problem, it’s their problem. That’s actually.. I don’t think that’s a healthy situation, I think everybody should have a healthy dose of skepticism. That’s something which I think we need to encourage.

Beumala: At some point, I was seeing couple of these discussions should Facebook….one of the ways to. I think we all agree reviewing on a one-by-one basis was not the best idea. So the idea was should publishers and editors be certified in a way to just be able to publish through Facebook and Google. Through certifications, there are lots of those, there are millions of publishers potentially, but you take your certification process and once a year you have to review it and re-certify, then we have a trust relationship because you have to prove on a yearly basis, contractually, it can say different things. The problem to that was that there were lots of publishers and news producers and information producers that were not actual companies and they are testing individuals and not letting them go through is like banning them in a way. So it’s a problem.