A handful of PlayStation VR experiences have been so memorable that gamers can cite the moments by name: looking directly into the Joker’s eyes in Batman: Arkham VR, starting your first lap in Wipeout Omega Collection, and heading into a pitch black basement in Resident Evil 7. For many people, any moment in Sony’s London Heist would meet this criterion: The brief, Tarantino-esque dive into the British criminal underworld was even stronger in narrative than its shooting sequence, forcing players to deal with the aftermath of a crime before delivering a last-minute twist.

It was also too short — by design. As one of five experiences on the PlayStation VR Worlds disc, The London Heist wasn’t intended to be a full game, but Sony’s London Studio has upgraded it from “short film” to “big blockbuster” for the upcoming PSVR title Blood & Truth.

We interviewed Stuart Whyte, the director of VR product development for Sony’s London Studio, to learn about the conceptual and technical upgrades that went into Blood & Truth. This is an edited transcript of our interview. 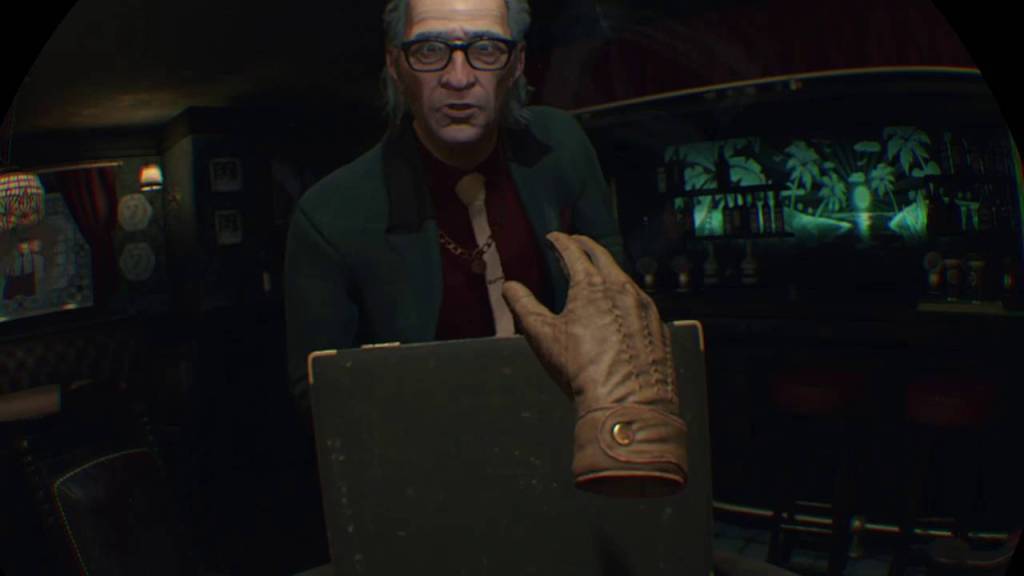 Above: The strangely immersive opportunity to interact with seedy criminal conspirators in Sony’s London Heist for PSVR (shown) set the stage for Blood & Truth.

GamesBeat: You blew everyone away with the immersiveness of The London Heist, but it was designed to be a bite-sized experience. How much have you increased the scope for Blood & Truth, and what sort of challenges did that create for your team?

Stuart Whyte: I think the challenge is akin to going from a short movie to a big blockbuster full length movie! The London Heist was a great proof of concept for Blood & Truth and was our inspiration when we started the process of thinking about the new game – but it was relatively small and self-contained.

With Blood & Truth, we wanted to expand hugely on the scope of The London Heist and by adding in the ability to move around, much larger and more varied locations, enemies and weapons, and a story worthy of a great action movie, we hope to deliver on an experience which we see as the ultimate wish fulfillment – to play an action hero!

GamesBeat: Will Blood & Truth support the PlayStation Aim controller? If so, what sorts of features will it offer beyond the expected pointing and shooting?

Whyte: It’s a great question. We’ve optimized our experience around two Move controllers currently, as it allows you to intuitively use both hands in play. We don’t have anything else to share on Aim at this moment. 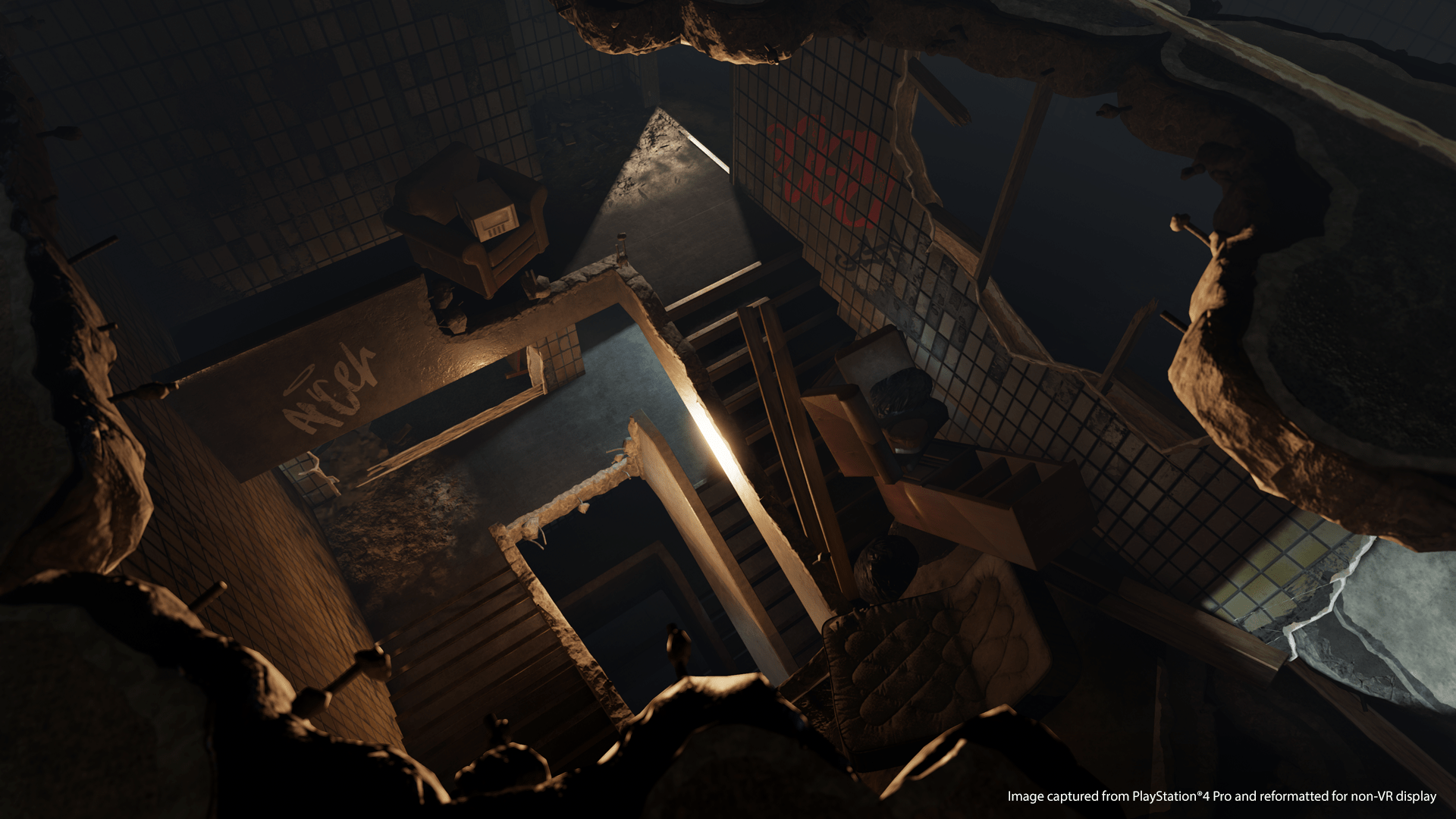 Above: London Studio’s attention to detail means that scenes can have the worn, gritty, and grungy elements that make 3D environments believable.

GamesBeat: How have player responses to the first two years of PSVR games informed or changed your plans for Blood & Truth?

Whyte: The VR space is still a hugely rapidly changing environment from a design perspective. We collectively as developers are all learning from each other – what works well and what works less well. Various teams are helping push the boundaries of what is possible in VR, and increasing the sense of presence and immersiveness.

We’re all players in the team, so it’s been a great journey to see how the platform has continued to develop since we launched PlayStation VR Worlds. We look at other teams’ games and ask ourselves, “how can we do that better” – and the player response to these games helps us focus in on what people like the most.

GamesBeat: How does VR specifically change the game experience for players, versus what they might have on a traditional TV screen?

Whyte: It’s a real difficult thing to explain to someone who hasn’t tried VR before. My analogy I use is that, when you are playing a game or watching a film on a TV, whatever the size of that TV, it’s still just a rectangular ‘window’ into another world – one which is on your wall, or in the corner of your room. When you are playing a game on a TV and you have a character standing in front of your player character, then that character is large on the TV screen but still distant from you — unless you sit right next to the TV! Above: Although Sony’s Aim controller is outstanding for shooting games, Blood & Truth is more than a shooter, and requires two separate hands.

All of this just makes the experience in VR super immersive. You may be a fan of action heroes like John Wick, James Bond and John McClane and have played various shooters on your PlayStation, but put on a PSVR headset and play Blood & Truth and you can experience what it feels to be an action hero in a way that no other experience has made possible before. That’s what I love about VR.

GamesBeat: What extra benefits can PS4 Pro owners expect, if any?

Whyte: So we have an internally developed graphics engine which has been tailor-made for PSVR. The game will look great and be super smooth and playable on a base PS4.

If you have a Pro then it will look even better: We use the extra GPU power to push the graphical resolution for the game, and increase graphic polish on things like shadows. If you want the best-looking Blood & Truth experience, you should play on a Pro.

GamesBeat: Name one thing you wish you could do in Blood & Truth, but will likely have to save for a sequel.

Whyte: Wow. Errm … that’s a tough question! We saw London Heist as a smaller experience that was very much a proof of concept for a full game. Blood & Truth has taken the work from London Heist and expanded the game systems, mechanics and story to be solid enough to carry a much longer, full game, experience.

Furthermore, as this is a brand new original game, all of the characters, including the player hero Ryan Marks, are brand new to the player so there’s a lack of familiarity at the beginning as you get to know the story and its twists. I think, for a sequel, by having established systems and characters we’ll be able to continue to build out the universe we’ve created here and take Ryan and the player in very new directions.

Sorry that’s a bit vague — I don’t want to give spoilers away for our story! 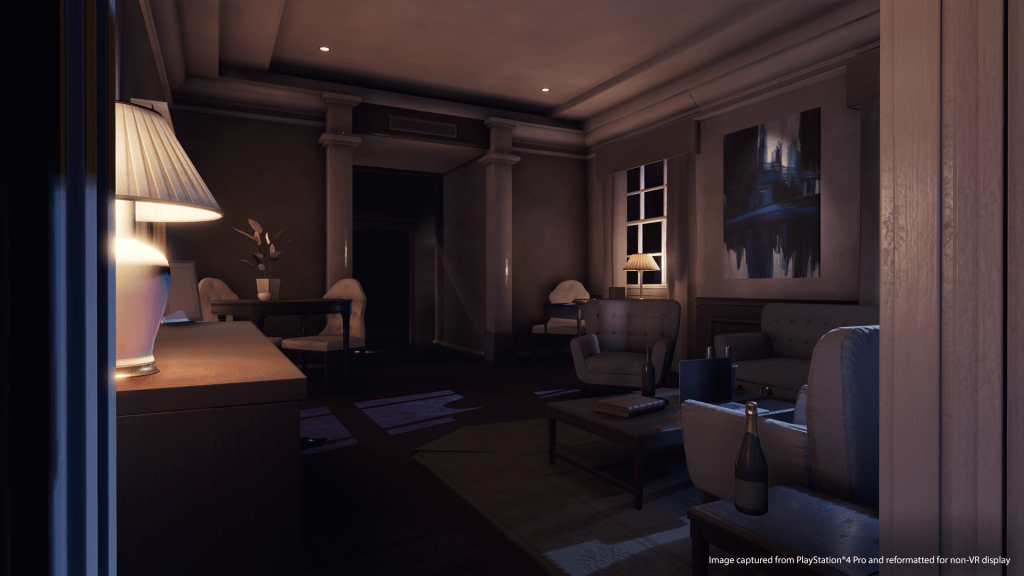 Above: In London Heist, you could even trifle with a smartphone while having a conversation with a conspirator. See that laptop in Blood & Truth’s living room?

Sony’s London Studio is expected to release Blood & Truth this year, but the final release date remains unconfirmed. The game will be exclusive to PlayStation VR without TV support, as the team says that it’s “fully taking advantage of the medium” and play in VR is “much better” than on a TV. We’re excited to see how the finished game turns out.