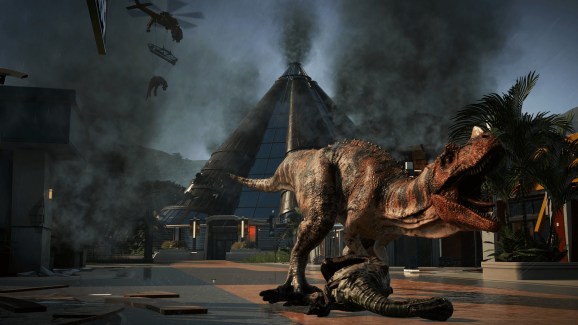 The happiest place on Earth.

Frontier Developments announced today that it has sold over 1 million copies of Jurassic World: Evolution. The park-building simulator came out on June 12 for PlayStation 4, Xbox One, and PC, so it’s encouraging to see such high sales a little more than one month since release.

We had an idea the game was doing well when it showed up on Steam’s list of Platinum sellers earlier this month. Now we know it’s been selling well.

“There is no doubt that initial sales have benefited from the worldwide awareness created by the film release, but it’s the quality of the game that’s really important,” said Frontier chief executive officer David Braben.

The film released on June 22 and has made over $1.1 billion worldwide so far.

We praised Evolution’s rewarding mechanics and beautiful dinosaurs in our review. These days, most licensed video games stick to mobile, but Evolution shows that creating the right kind of console or PC experience for a brand can still attract customers and result in an engaging game.

Frontier is also behind Planet Coaster, a more open park-building game that came out in 2016.