In just 11 months, HQ Trivia has amassed a big following, with as many as 2.38 million simultaneous players vying for cash prizes ranging from $5,000 to $400,000. And now the New York company has launched HQ Sports, a spinoff trivia game aimed at sports fans on iOS and Android.

In short order, the game has created a new form of entertainment that keeps fans coming back, and its audience size is starting to matter to advertisers like Nike, Nickelodeon, NBC’s The Voice, and Warner Bros.

With its zany comedian host Scott Rogowsky, HQ Trivia has quickly become a daily routine for people. It airs daily on mobile devices at the same time (I play it at 6 p.m. Pacific) with as many concurrent players as it can bring together. Rogowsky and other hosts crack jokes and make puns, asking eight to 12 questions, each with a 10-second deadline. If you get them all right, you can share the cash prize. The whole show takes no more than 15 minutes.

Above: HQ Sports has hundreds of thousands of fans.

As a trivia game, HQ Trivia has a lot of drama and humor. The hosts — including Rogowsky, Sharon Carpenter, Beric Livingstone, and a rotating list of surprise guests — keep it funny. The questions start out easy and get progressively harder. Once in a while, a question fools most of the players, and it’s dubbed a “savage question” and is accompanied by the sound of breaking glass. You can see how many concurrent players there are in the upper window, and you can see how many players get it right.

“It’s very much about live and synchronous moments,” said Rus Yusupov, CEO and cofounder of HQ Trivia, in an interview with GamesBeat. “We think that sports will be a major category for us. We’ve previously had a lot of sports questions, and we found there is a passionate community around sports.” 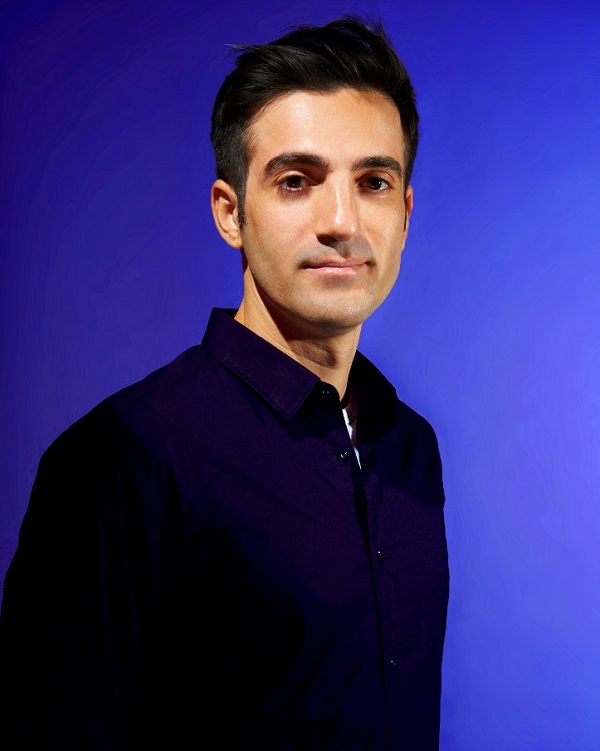 Above: Rus Yusupov is CEO of HQ Trivia.

HQ Sports started quietly last week, and it has grown to hundreds of thousands of concurrent fans. It uses the same format, only with an emphasis on sports questions. The HQ Sports show airs twice a week at 7 p.m. Tuesdays and Fridays in North America. Lauren Gambino is the host. One of the biggest chat topics was whether NASCAR racing was really a sport or not.

While it sounds simple, it took Yusupov and cofounder Colin Kroll a while to get it right. They founded their company in 2015 and experimented with different forms of mobile entertainment. (They did Vine and Hype before HQ). HQ Trivia debuted in August 2017. They found that the appointment time — doing the show at the exact same time — worked the best. Advertisers liked it too.

Its past surprise hosts include Dwayne “The Rock” Johnson, Robert DeNiro, Jimmy Kimmel, Sting and Shaggy, Elmo, Bert (of Bert and Ernie), John Mayer and SNL’s Kenan Thompson. Each show’s questions are preset and scripted, but the hosts ad lib a lot of their material.

“It’s the combination that makes the show special,” Yusupov said.”Traditionally, live events are more exciting and valuable to advertisers. That’s why the Super Bowl commercials command such a premium.”

It’s also good for players. I play the game with my family, and we help each other. 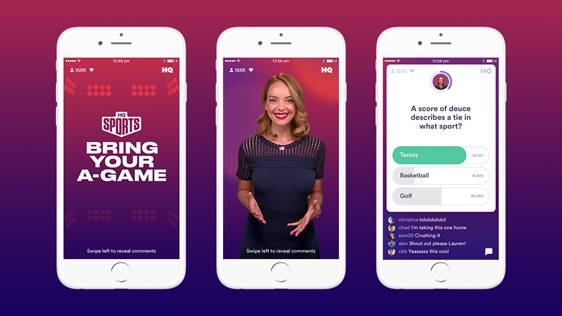 Above: HQ Sports is the first spin-off from HQ Trivia.

“It’s a more meaningful experience for players when people can connect,” Yusupov said. “Nowadays with social media, we end up withdrawing into our phones and laptops. It creates experiences for ourselves that disconnect us. Because HQ is live and synchronous, you can play together. That’s incredibly important.”

HQ Trivia has a team of writers and fact checkers who create the questions, and now the HQ Sports game has a team of its own. Players can submit their own questions via the app. The leaderboard shows that someone named KingPugs is the all-time leader in prize money at $25,008. That amount is relatively small, considering that for the most part, winners have to share the prize.

Yusupov said that the company is experimenting with Sunday contests where they keep asking questions until a single winner emerges. If no one winner emerges, then the pot is rolled over for the next week. Since the players have to answer the question in less than 10 seconds, it’s harder to Google an answer and cheat.

“Adding sports seemed like a no brainer,” Yusupov. “We knew we wanted to brand it distinctly HQ. With sports, we can do things like video clips, sports history, or ask about last night’s game. It’s about building a community from the ground up.” 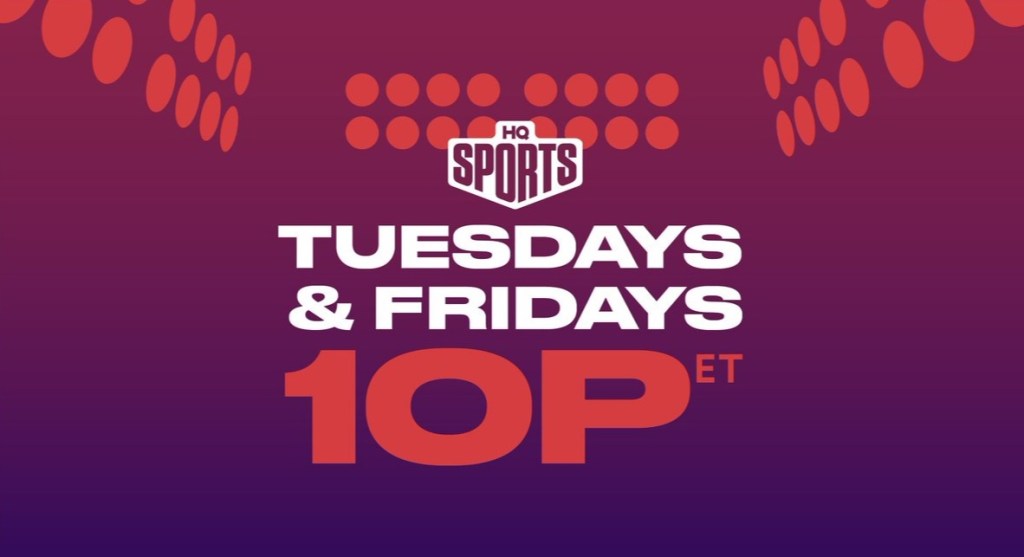 While older sports fans might be attached to brands like ESPN, Yusupov believes younger fans don’t associate sports with any single media company or brand.

As for adding other shows, Yusupov said the company has experimented with themes such as movies or technology trivia shows.

“We can play with prizes big and small, and we have some brand sponsors who see the value in massive audiences,” Yusupov said. “It’s powerful to get their message in front of so many people at the same time.”

When Nike sponsored HQ, it made 100 special HQ sneakers for the winners and drew 1.8 million concurrent players.

“I can’t say what our future plans are, but we are building the community based on our positive feedback,” Yusupov said.