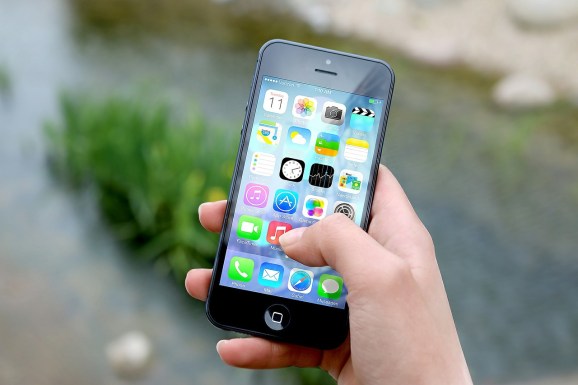 IronSource has launched a closed beta of its in-ad data platform to give advertisers access to more analytical data on how their video ads are performing beyond just impressions and clicks.

The in-ad data platform is in a closed beta with selected premium partners. It allows advertisers to access performance data at the level of a specific advertisement. The platform analyzes and provides aggregated data concerning how users engage with the advertisements.

“With the rise of interactive ad units like playable or interactive video ads, the ad has suddenly become not just part of a funnel, but a funnel in and of itself,” said Dan Greenberg, chief design officer at IronSource, in a statement. “Instead of just tracking an impression and a click, we’re able to access a wealth of previously inaccessible data on what’s going on inside the ad itself. This opens up a plethora of opportunities for optimizing the in-ad experience and helping advertisers learn more about their audiences in the aggregate. The promise of true creative optimization has finally been fulfilled.”

With the new platform, advertisers are able to access new types of in-ad metrics, which allow for much deeper creative optimization and analysis that go beyond the current industry standards of measuring volume of impressions. This includes a full in-ad funnel analysis that provides advertisers with a clear, aggregate view of the drop-off points in the ad, highlighting the “pull” effect of the creative on users throughout the experience. 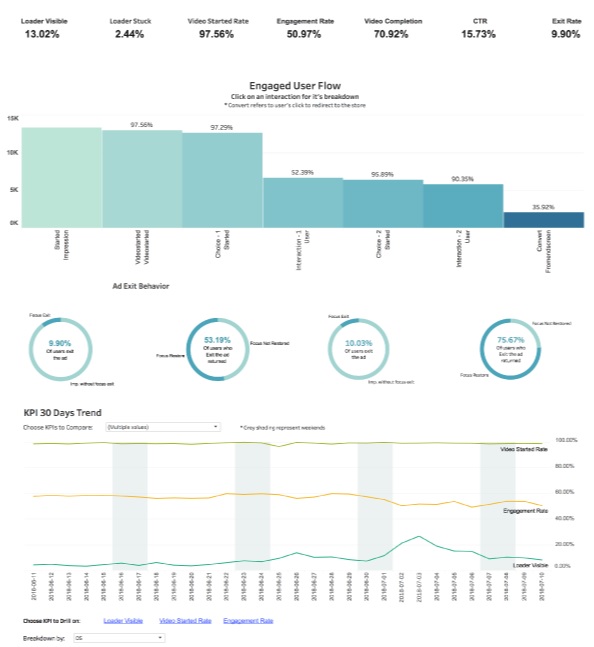 “Beyond the increase in performance and spend efficiency which interactive ads bring to a campaign, what’s truly unique here is the sheer amount of new information that they make available to a marketer,” said Carissa Gonzalez, senior marketing manager of Pixelberry Studios, in a statement. “IronSource’s in-ad data dashboard not only allows us to see which parts of the in-ad funnel are working more or less well, but also provides data on what in-app content — like characters or storylines — our users like best.”

For interactive ads which allow users to make choices that change the progression of the ad — like 4D ads — the platform also provides aggregated data of users’ choices. This provides critical insight into audience preferences, which can be used by marketers looking for a quick feedback loop on what messages resonate best with consumers collectively.

“The powerful promise of interactive ads like playable ads is their ability to say more about audience interests than completions and clicks, and to reflect the audience’s real-time preferences,” said Greenberg. “With this platform, that data is aggregated in a format that is immediately actionable for brand advertisers.”

Advertisers are also able to access benchmark data on interactive ads, which is aggregated based on 45 billion impressions from interactive campaigns that IronSource ran over the last two years.

Completion rates for both playable and interactive video ads are usually around 87 percent, implying that once users choose to engage, they tend to complete the interactive advertising experience

“Because of the scale and variation of the campaigns we’re running, we’re able to get a bird’s-eye view of how interactive campaigns operate and behave as a whole,” said Greenberg. “This means we’re able to provide our advertisers with useful in-ad benchmarks, which helps us optimize and helps them evaluate success.”