Mega Man X Legacy Collection 2 for PlayStation 4, Xbox One, Switch, and PC is out the same day as the first one. That’s kind of weird. You can of course buy them together, but Capcom’s arbitrary splitting of the series into two packages makes it possible to only own half of the series.

And maybe you should. If I had to rank the Mega Man X series, I’d put all of the first four games above the latter four. And Mega Man X Legacy Collection 2 contains that lesser quartet.

But even if these aren’t as good as the games in the first Legacy Collection, these are still fun action platformers. And if you love the idea of having every numbered Mega Man and Mega Man X game on one modern system, then you won’t feel bad about buying Legacy Collection 2. 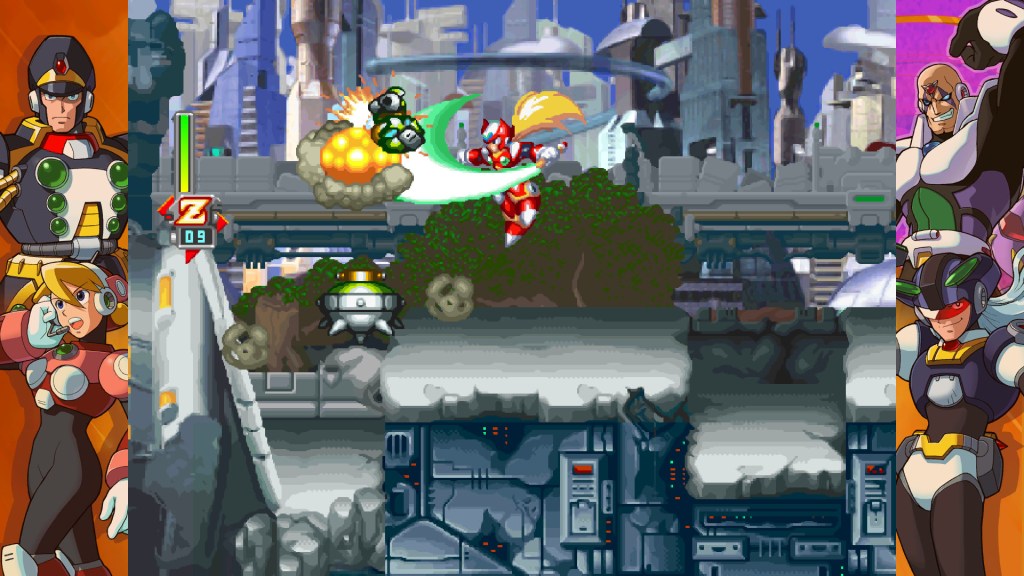 Above: Great 2D art for the PlayStation era.

None of these games are as good as Mega Man X … or X2, X3, and X4. But they’re still fun! They just feel more monotonous, and some of them make strange design decisions.

Mega Man X5 and Mega Man X6 came out for the PlayStation. They look and play similarly to Mega Man X4. But they also bloat themselves with even more of the anime-style story nonsense. That all seemed novel in Mega Man X4, but it quickly got annoying as the series progressed. I especially hate how much more often these entries literally pause the game to fill the screen with boring boxes of dialogue.

Mega Man X7 on PlayStation 2 was the grand experiment. It ditches the pixels for 3D models. And while most of the game sticks to the 2D plane, stages have 3D areas. That sounds innovative and exciting for a series that rarely experiments with the 3D world, but these sections are uninspiring. You just walk around and fight things without the platforming that makes the franchise special. And the 3D character models lack the detail, style, and sharpness of the PlayStation pixel games.

Mega Man X8 course corrects a bit and is the better game. It still uses 3D models, but the stages stick to 2D. Well, they mostly do. Some levels feature awful, Star Fox-like space shooter stuff that is difficult to control and frustrating to play. Again, it’s an experiment to mix things up that doesn’t work. But X8 has some other new ideas, including the ability to switch between characters during actual gameplay, that freshen things up. 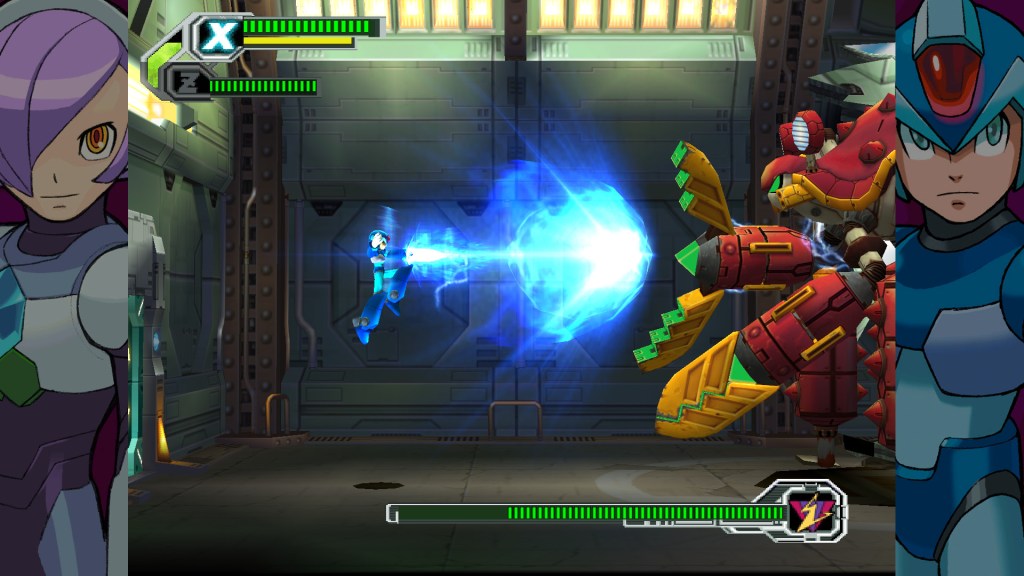 Above: I’d take the pixels over this any day.

Just like with the first Mega Man X Legacy Collection, you have art galleries and every game’s soundtrack to enjoy. You also still have the X Challenge mode, which has you fighting two bosses at a time. It’s a great addition that gives fans of the series a new challenge.

Again, these aren’t the better games in the series. If you’re not someone who wants to play through the whole series, you’ll be better off sticking with the first collection. 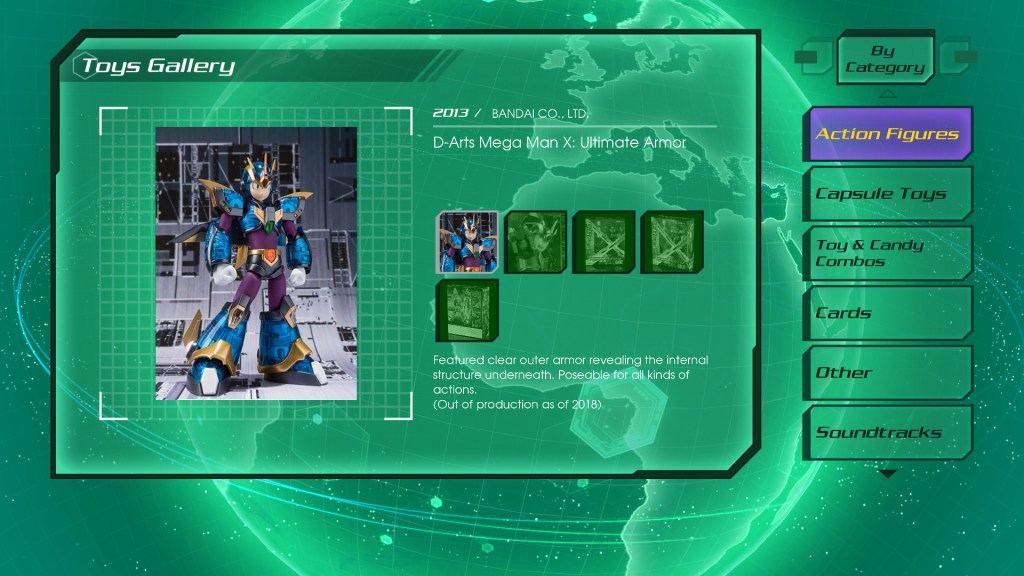 Above: You’ll have plenty of art and other fun images to look at.

I still enjoy Mega Man X5, X6, X7, and X8. They have problems, and they don’t feel as fresh or tightly designed as the first four. But the core of what makes Mega Man X so much fun — the combination of fast-paced traversal with with 2D action — still work in these games.

This collection isn’t for everyone. But if you’re a big fan of the Blue Bomber, this is still a great package that helps you complete your digital Mega Man collection.

Mega Man X Legacy Collection 2 is out now for PlayStation 4, Xbox One, Switch, and PC. Capcom gave us codes for all platforms for this review.