Panasonic has carved out a niche in the handheld business by making machines that can withstand weather and industrial use. Today, the company is debuting a new rugged version of its handhelds with the reveal of its Panasonic Toughbook FZ-N1.

With a 4.7-inch screen, the device looks like a smartphone, but it is a lot thicker and a bulky, angled section at the back houses a handheld scanner, so it could be used for something like checking in passengers at an airline gate.

Panasonic designed the hardware to make capturing, sharing, and analyzing data faster and easier. The model that came out in 2016 was bulkier, while the new FZ-N1 comes in at 0.53 pounds.

“We want to give people a device so they can get the job done,” said Brian Rowley, vice president of marketing and product planning at Panasonic, in an interview with VentureBeat. “We’re in a bring-your-own-device world, and people don’t want the devices to be clunky. We’re designing them to be more attractive than traditional rugged devices without compromising durability and reliability.” 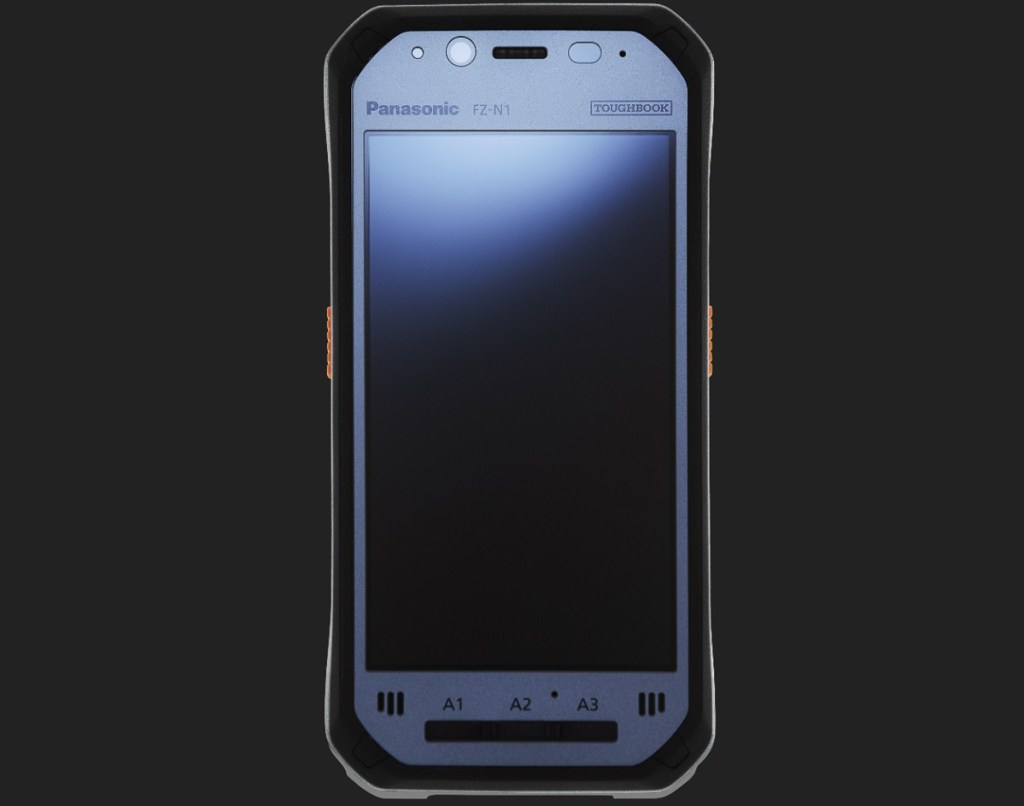 The device can be used for checking inventory in a warehouse stockroom or keeping records of shipments making their way across the globe.

It uses an octa-core Qualcomm Snapdragon CPU, and at 32 gigabytes has twice the storage capacity of the last generation FZ-N1. It has 3 gigabytes of main memory and runs Android 8.1 Oreo.

It also meets the specifications for military-grade ruggedness, dubbed MIL-STD-810G. You can now drop it from up to seven feet, compared to the previous generation at six feet. The screen is a 10-finger capacitive touchscreen.

In addition to its capabilities in the warehouse, the FZ-N1 can deliver connectivity for today’s first responders. As an early participant in AT&T’s FirstNet dealer program, Panasonic is working to ensure that its devices are equipped with the tools needed to access the nationwide public safety communications platform dedicated to first responders.

Panasonic is working closely with its partners to ready the FZ-N1 for FirstNet connectivity later this year. The device will sell for $1,900.

Dan Diliberti, head of mobility product and market strategy at Panasonic, said in an interview that the Toughbook N1 is a good candidate to replace bulky laptops and other rugged devices.