GamesBeat: Are you at a point where you could make more money from arcade than from consumer sales?

Stitselaar: Not at this point. Part of that is we’ve been fortunate enough to have significant success at digital retail with Arizona Sunshine. The amount of money that can be made at arcades is material. I’d say that for most developers it would be a significant shot in the arm for their finances.

For us, obviously, it was big enough to encourage the decision to create a spinoff company, based on that revenue. With a location-based version built specifically for arcades, which is rolling out soon, I think it’s going to scale up huge from there.

GamesBeat: When you make it for warehouse-style locations, are you changing the number of players who can get it at the same time?

Stitselaar: Yes. Right now the version we’re building supports up to four players, but that’s more limited by the size of the play space that you need. Potentially we could go bigger in the future. It’s all running on a local network, so we can move a lot of data around and have a lot of other people on the screen and in the virtual world. There’s not really any limitation in that respect. But the version we’re launching has four players. 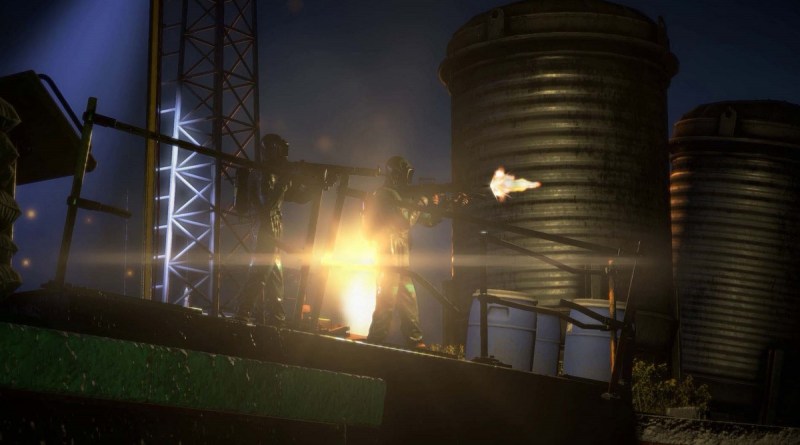 GamesBeat: Do you have to worry about things like players running into each other?

Stitselaar: Yes, you definitely have to consider that. Part of the SDK we’re building is a tool set where—there are a couple of things that can happen. You can get really close to another player, so you’ll get a warning on screen, a visual indication, a very bright version of that other person on the screen that lets you know somebody’s there.

But also, people who are really scared—we’re building a zombie game, and zombie games are scary. Within the demo, there are some points where people panic and can lose track of what’s happening. We’re building a sort of panic button. If you press that, you go into this very clean, white room, and you basically see a dot on the floor where you are, and then a dot representing where you can walk to. The moment you walk through there, the storyline of the game progresses, and you can skip the scary part where you were at.

We can use that system in multiple ways, though. If people are too close together, we can put them into this abstract world. They’re still in VR, so we don’t take them all the way out of the experience, but we can do it in a way where people don’t hurt each other. We’re also, with Arizona Sunshine, when we have players that are under 18 or over 18, we maybe want to show different gore levels depending on different age ratings. If we have four people in the same room playing with each other, one of them might be old enough to see all the blood, and another just gets the not-that-scary zombies.

The age ratings we have in the consumer game, for Germany and other places—the visuals are a bit different than in the United States, say. We can scale that per person within the same game and they can still have fun together.

GamesBeat: Is it still largely the same game? What did you have to change?

Stitselaar: It’s definitely different. We reused models and core mechanics and stuff like that, but there are a lot of warehouse-scale companies out there, and their approach is creating a physical setup and then building content around that. We have a different angle, where first we have this cool zombie game, and then we looked at the technology – what can we do with the game technology we can build? We stripped away all the limitations of the three-by-three or four-by-four playspace. We designed stuff that works around the warehouse scale. I think the result there is really cool.

GamesBeat: What sorts of choices did you make as far as controllers and platforms? Are you going to let somebody carry one of those gun props that a lot of the arcades have?

Stitselaar: There are a lot of peripherals and tracking systems out there. We used the most common versions – the Hyperkin Blaster, the Striker VR weapon, the OptiTrack tracking system. Again, this is all part of our SDK. We support all of that. If the player wants to play with feet tracking, too, they can add the active tracking from OptiTrack, or they can buy the Vive trackers and put them on their shoes. The body of the character will have legs that walk with you, as opposed to having virtual legs that work automatically. Or you can turn the body off entirely. It’s all up to the operator, the way they want to configure it. We have Hardlight haptic suit support as well. There may be other haptic solutions that we add in the future to give locations more options.

The tracking system is the same way. Having something that works in the Vive 2.0 environment supports a certain size of facility, but also the OptiTrack allows us to address another size of the customer and their particular needs. 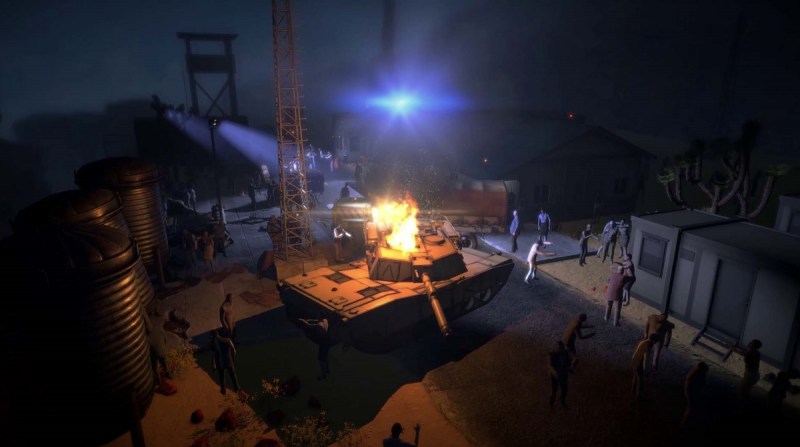 We’re offering a full package. Whatever setup you have, we have a version that works for it. That’s informed by the philosophy we’ve adopted from working with arcades. Each location is very different in terms of the customer base and what they’re trying to build their business around. Something as simple as—when you have a location in a tourist area, they have different needs because of the customer profile that’s coming in, compared to a location in a suburb where they’re pulling in more core gamers.

Whether it’s the tool support with the SDK, where we’re headed with that, or being able to optimize the interaction of the arcade’s launcher tools with the game, or providing as many peripheral and configuration options as possible, so they have the ability to customize the game experience—with the Arizona Sunshine arcade version, that includes things like a one-button reload, unlimited ammo, auto-reload, and invincibility. They can turn all those features on and off depending on whether they’re doing a five-minute session for tourists – something where you want the customer to be able to get through the whole experience – or something for a hardcore gamer, who wants all the active reload mechanics and gore turned up. 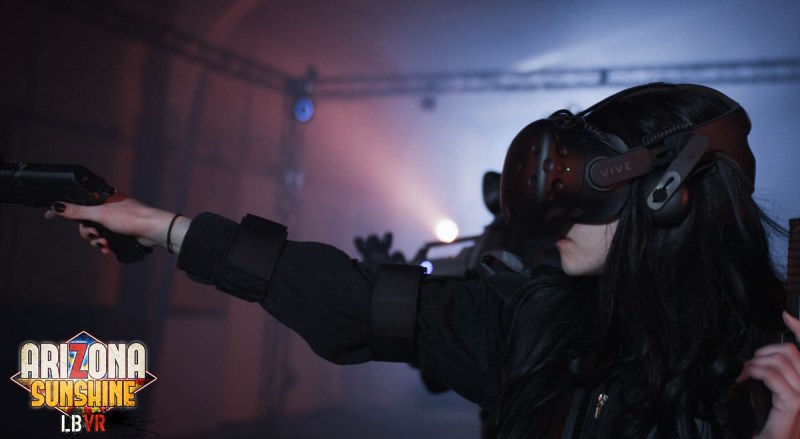 It’s not just as simple as “we want to support this peripheral and so we’re building it in.” There are all these small things that people aren’t necessarily aware of. For example, if you two of the Hyperkin guns, someone who goes to an arcade can pick them up, but which one is in the right hand and which one is the left? On a technical level, they’re each ID’d and paired to a specific hand in the game, but we’ve had people playing through earlier version and their hands were accidentally swapped, or their feet.

We’ve made a system that automatically detects the height of the player. If you hold the left gun in your right hand long enough, or vice versa, it will automatically figure it out and swap. That way the operator doesn’t have to worry about all of these small hassles. There are no standards right now, so we’re trying to make it as easy as possible for everybody in the end.

GamesBeat: When will the location-based version of Arizona Sunshine come out?

Stitselaar: The arcade-specific version for the standard Vive 1.0-sized playspace released two weeks ago, and then obviously we’ve just announced the partnership with Nomadic. They’ll have more information in the near future on the timing of the first available locations.