Microsoft is preparing to launch its Xbox Adaptive Controller, which helps people with limited mobility play games, for its launch in September. And today the company is revealing how it designed the packaging for that controller so that it can be as accessible as possible for people with disabilities.

The packaging makes it easier to open the box, and it is important because the product is directed at people who have a hard time holding normal objects such as traditional game controllers. Microsoft’s designers paid a lot of attention to the needs of such people, and the Microsoft design team plans to roll the same methodology across all of its packages for the sake of accessibility, said Kevin Marshall, creative director of design, global packaging, and content at Microsoft, in a press briefing.

“Packaging creates an emotional connection to the product and brand in that consumer space. Every package is a series of moments,” Marshall said. “And every packaging moment has to be curated and designed.”

It’s not clear how many disabled gamers will use the controller, but in an earlier interview, Phil Spencer, head of Xbox, said, “We have the resources to put millions of these things on the shelf if we need to.” 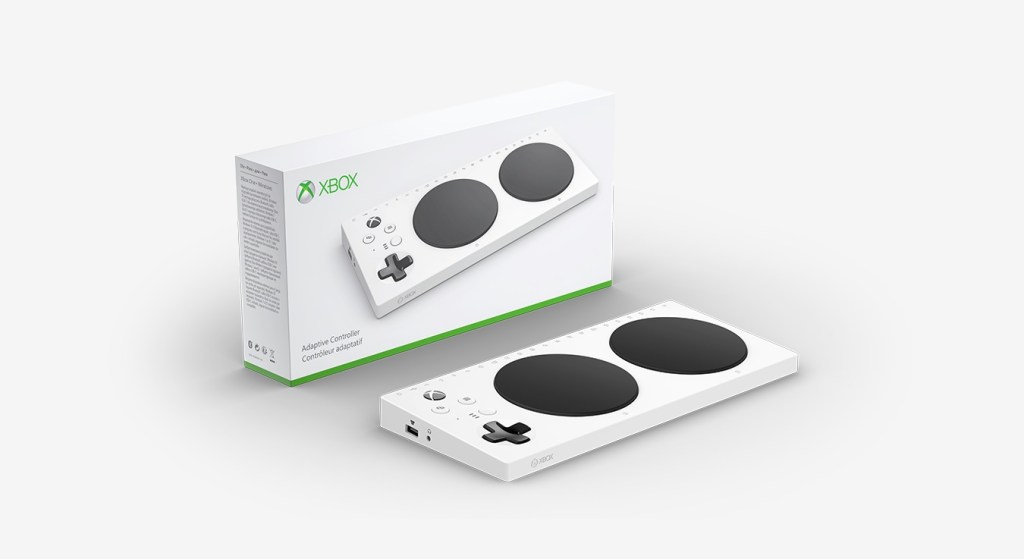 Above: Microsoft’s Xbox Adaptive Controller is aimed at people who have disabilities.

Microsoft said that its commitment to inclusive design didn’t stop at the device itself in the case of the $100 Xbox Adaptive Controller.

The packaging design team started from scratch in order to create a package that was as accessible as possible, relying heavily on research input (both research done by the team on existing packaging standards, as well as taking prototype packages to testers and getting feedback).

They created more than 100 iterations of all the components — everything from the materials used, to the shape and feel of every surface, every step of the way went through rigorous testing to ensure an unboxing experience that matched the intuitiveness and inclusivity of the product inside, said Marshall. 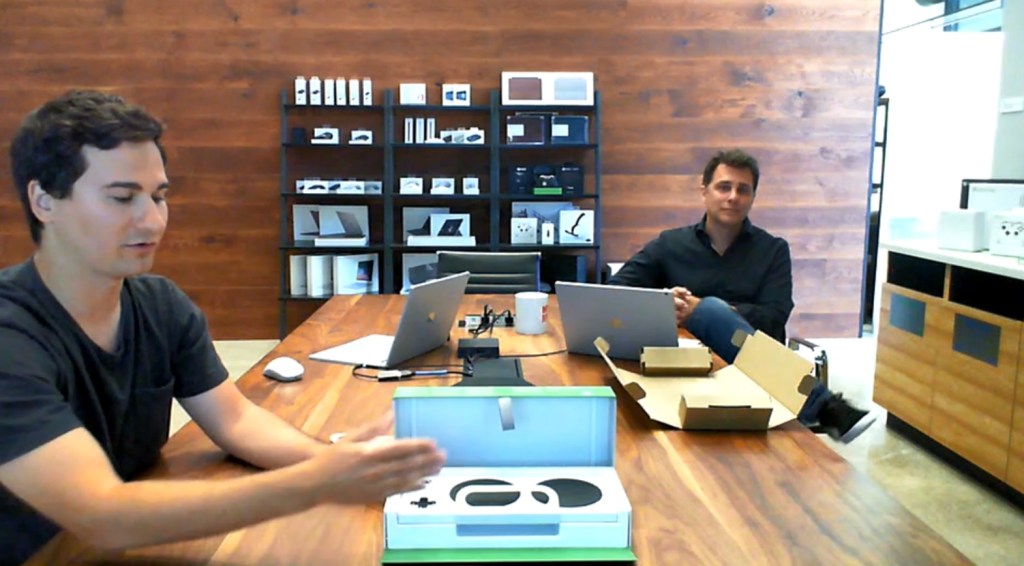 Above: The package for the Xbox Adaptive Controller.

“The Xbox Adaptive Controller package design is unlike any other in our portfolio,” Marshall said.

Marshall said the team obsessed over every detail to ensure an intuitive connection between the package ethic and the product ethic so that the package itself could help drive consumer satisfaction higher.

Mark Weiser, industrial designer on Marshall’s team and package designer, said he was very excited when he first heard about the product, which took about two years to make.

“We wanted to end up with an empowering experience so these gamers can unbox themselves and kick off into gaming confidently,” Weiser said.

The designers partnered with Microsoft’s Scott Wong, who did the research on products for people with limited mobility. They did beta testing of the product with disabled gamers to see what they wanted in.

“We heard early on a very important phrase that we wanted to integrate into everything we did with the package, ‘Nothing about us, without us,'” Weiser said.

The team did package prototyping with 3D printing and it got feedback on these quick iterations on components. Then the team had to distill the components and create a unified unboxing experience. 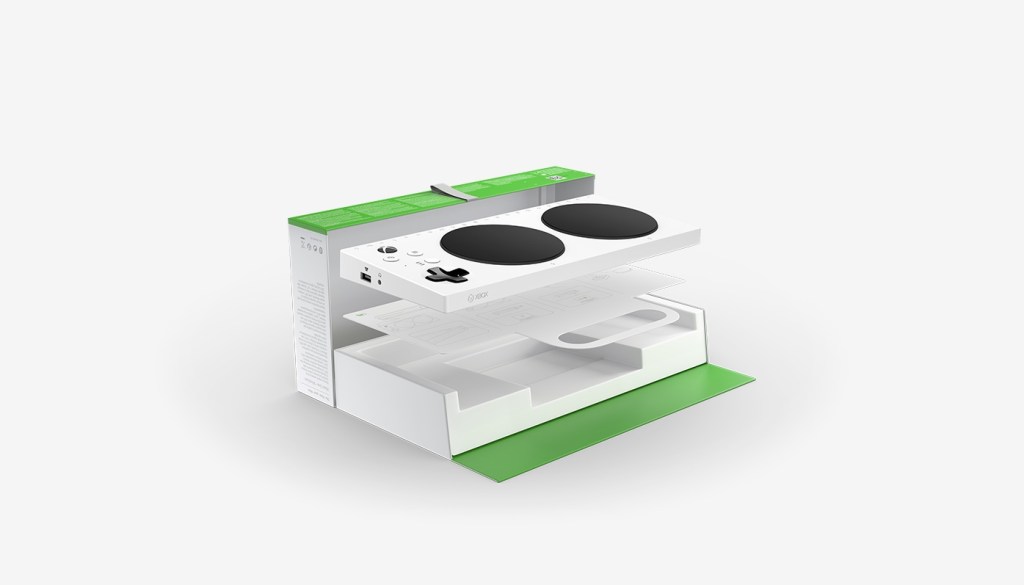 Above: The packaging for the Xbox Adaptive Controller.

The packaged balanced the demands of the Xbox brand and the product for gamers with limited mobility. It looked like other products in the family because the designers didn’t want it to stand out as an “othered” product. At the same time, the team paid attention to minimizing the footprint of the package and keeping its costs low.

Materials mattered a lot. That meant no metals, like the tabs on soda cans.

“They wanted something that was simple, as a lot of these people with limited mobility are used to opening packages with their teeth,” Weiser said.

That can damage the package, and it doesn’t do any wonders for your teeth either. Adding cardboard loops was also important so that someone could easily tug on the loop to remove an element of the package, Weiser said.

“If you are unable to grasp or had low dexterity, you are able to get your appendage in the loop and use that as a level to remove the component,” said Weiser.

Once you get the brown cardboard outer package off, the box has white and green colors that resemble the style of other Xbox hardware products.

Weiser said the box was designed with multiple access points. If someone isn’t successful with unboxing it in one way, then they can resort to another way. 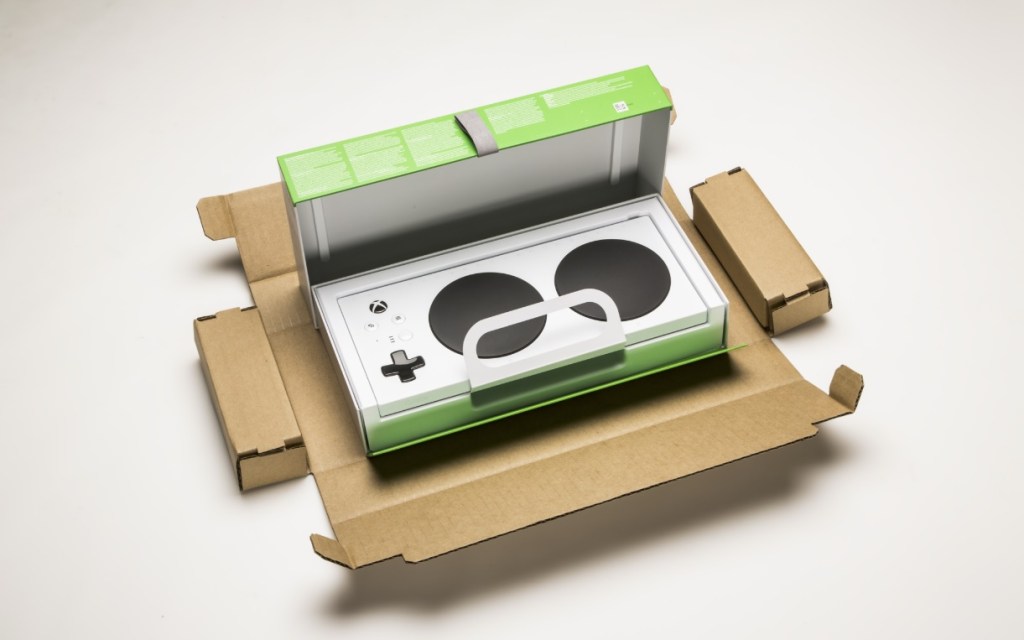 That was about giving people the most accessibility that they needed to get the product open. It has a seal that you can pull away from either side. The top of the white package has a soft cloth loop that you can pull to open the box with a single appendage.

A loop under the controller allows you to pull it out easily. The loop is big enough you can pull it with your entire hand or even your foot.

“It doesn’t take a lot of pulling power to open it,” Weiser said.

The front panel slides down so you can then grab the product in multiple ways. Attached to the big loop is a quick-start guide that tells you how to get the device working.

“Every single step of the process we wanted to make as simple as possible,” Weiser said. “It was really the insights we got from the beta testers to see clearly what these gamers needed.”

Marshall said, “It was important for us to create an empowering unboxing experience for brand fans and gamers with limited mobility, to really show them we had considered them in our creative process, that their voice and their feedback had been heard. It was created for them, but also lives seamlessly within our existing portfolio, and creating no sense of otherness.”

Weiser said the team is now excited to use its insights from this package in creating its other packages for the future.