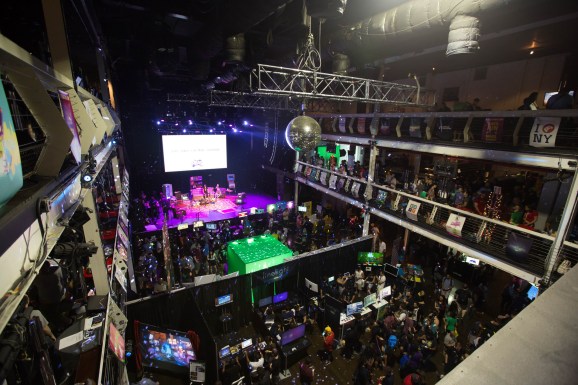 This year’s Play NYC game festival will be at the Manhattan Center, a little over 10 miles from Ellis Island, where over 12 million immigrants arrived in the U.S. over the course of 62 years. Today, New York City is one of the most diverse cities in the world, and Play NYC is celebrating that with its Graffiti Games installation, which will feature eight developers who are first-generation immigrants. The event will run from August 11 to August 12.

Five thousand people showed up to last year’s Play NYC, and this year the event expects 10,000. It has also picked up partnerships with the International Game Developers Association (IGDA) Foundation and the Bigglesworth Family Foundation, which seeks to fund nonprofits. The festival was started by Playcrafting, an organization that hosts game development classes and meetups in five cities around the U.S.

“The Graffiti Games initiative was launched at Play NYC last year to celebrate a small group of all-star developers, giving them free reign to create original games that reflect their creativity and personal stories,” said Playcrafting founder and CEO Dan Butchko in a statement. “From the exhibiting studios to the thousands of players who attend from around the world, Play NYC reflects the diversity that makes New York City so special.”

Earlier this year at the Game Developers Conference industry event, Vlambeer cofounder and diversity advocate Rami Ismail was vocal about how visa rejections affect developers from around the world. Like many others, the game industry is struggling to be more inclusive of women and people of color. Some companies, such as Zynga and Google, have launched diversity initiatives. Other studios like Double Fine provide mentorship for programs like Gameheads, which seeks to teach development skills to underserved students.

From its inaugural year, Play NYC has incorporated diversity with its Graffiti Games showcase. It’s not the only event in town that’s trying to show off the talent from developers of color either; New York is also home to the Game Devs of Color Expo, which wrapped up earlier this month.

Here are the developers who will be showcased as part of this year’s Graffiti Games: