Final Fantasy is one of my favorite game series, and its 16-bit era might be its best. You have the groundbreaking Final Fantasy IV, the systems-based Final Fantasy V, and the epic Final Fantasy VI. But if you want to play these games today, you have to make compromises. 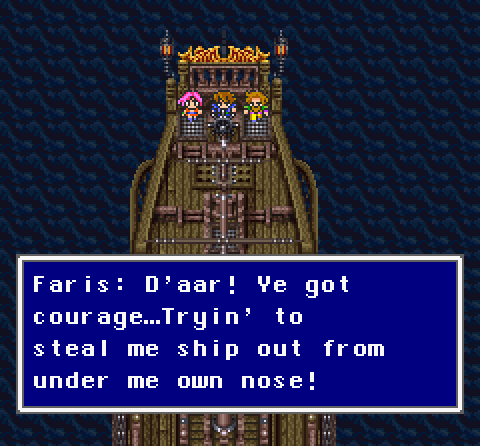 Above: It’s hARRRRd to read this for 30 hours.

All three of these games would get their next major releases on the Game Boy Advance. This is the best effort yet. The localizations are all improved, resulting in the best English versions we have. The Game Boy Advance ports even add features such as extra dungeons and bosses. But they still aren’t ideal. Because of the portable’s limited hardware, the soundtracks lose a lot of quality. For Final Fantasy, that’s a big deal. Music has always been an important part of the series.

So what we need are versions of these games with the Game Boy Advance translations, extra content, but the original soundtracks. That shouldn’t be too hard, right? But what did we get instead? This: 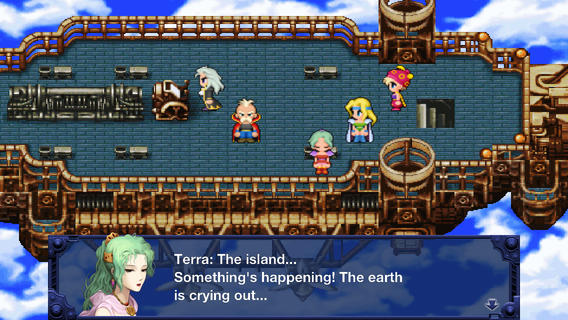 Square Enix decided to “remake” Final Fantasy V and Final Fantasy VI for PC and mobile by replacing the original pixels with a new art style that is plain and devoid of any charm. Just look at the above screenshot and see how the colors on characters blend together. In the grand scheme of things that don’t really matter in this world, few things infuriate me like these ports. Square Enix spent a whole bunch of time and money making great games worse.

Final Fantasy IV’s fate is a bit different. Square Enix remade it as a 3D game for the DS, and that version is also available on PC and mobile. It looks better than the awful Final Fantasy V and Final Fantasy VI hack jobs, but this version of Final Fantasy IV is pretty much a different game than the original. Even aside from the new look, it has a bunch of gameplay changes. A PSP version also has updated graphics, but it’s much more faithful to the original sprites. Of course, you need a PSP or Vita to play it. A lot of people want to play the RPG in its original 16-bit style.

This should not be a problem. Digital games are popular, and we’ve seen companies like Capcom and Namco release recent bundles of their retro classics on moderns systems like PlayStation 4, Xbox One, and Switch. Why can’t we have a collection of these three Final Fantasy games that finally gives a definitive experience? 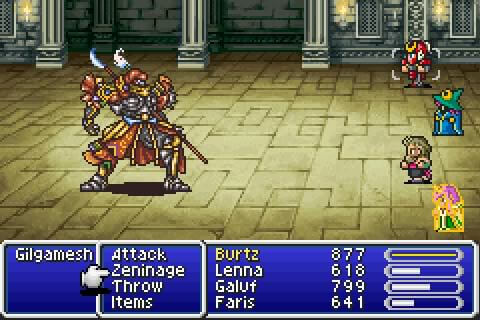 Above: The fight with Gilgamesh is a highlight from Final Fantasy V.

At the very least, fix those awful PC/mobile versions. Earlier this year, Square Enix released another 16-bit RPG classic to Steam: Chrono Trigger. While it didn’t redo its graphics as drastically as it did with Final Fantasy V and Final Fantasy VI, ugly pixel filters and a bad user interface again made the experience look far worse than it did on the Super Nintendo. Following complaints from fans, Square Enix has been updating this PC version to make it more faithful to the original.

Can’t Square Enix do the same thing for Final Fantasy V and Final Fantasy VI? And why are developers so insecure about their old pixels anyways? Even the recent Mega Man X Legacy Collections turn on a filter that “smoothes” the original pixels by default. It looks awful.

I want to play these 16-bit Final Fantasy games again, but I’m waiting for Square Enix to smarten up and give us the ports these classics deserve.