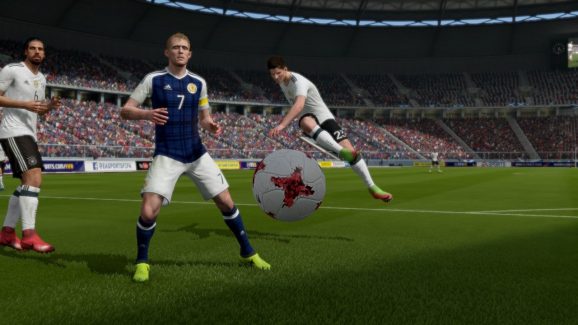 Though Electronic Arts didn’t have any big releases in the first quarter of fiscal year 2019, it found plenty of opportunities with its top-selling soccer series FIFA 18. This is thanks to the hype around this year’s World Cup, moves into new markets like China, and EA’s esports strategy.

France may have emerged the victor on the pitch in Russia, but the champion has yet to be named in EA and Fédération Internationale de Football Association (FIFA)’s esports competition. Thirty-two players will participate in the FIFA eWorld Cup Grand Final from August 2 to August 4, but the overall tournament has drawn over 20 million participants. Viewership for the tournament is also up 80 percent as compared to its previous season.

In addition to bolstering interest in EA’s tournament, the World Cup also drew over 15 million players to FIFA 18, which rolled out a free content update to coincide with the event. Though FIFA 19 won’t have the benefit of the global competition to boost interest when it launches on September 28, the franchise is going strong (as it has for years now).

Last year, EA reported that its FIFA series has more than 21 million players, and it’s growing that base now by moving into China. This quarter, it launched its mobile game FIFA Soccer there and was No. 1 on the Apple App Store. Globally, that title earned $22.2 million in Q1 of 2019, up 40 percent year over year from $15.9 million Q1 of 2018, according to market analyst Sensor Tower.