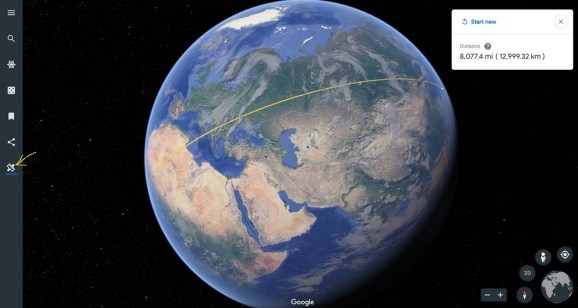 Ask anyone that has experienced a true, high-production virtual reality experience and nearly all can remember our “first time.” The immersive nature of the technology tends to evoke such a visceral response that it often remains with us long after our dive into the virtual realm. Most people I’ve spoken with recall even more clearly the particular VR experience that changed their appreciation of the technology from mere entertainment novelty to fundamental paradigm-shift.

For some, lightning struck early with the rough-hewn content during the Oculus DK1 days, while for others it took the more polished productions of the past few years. For most, it was an experience that resonated on a personally emotional or practical level as immediately applicable to daily routine, professional practice, or unique interest. For me, it came when I least expected it.

After more than a year of research, experimentation, and cognitive dissonance, I finally convinced myself to pull the trigger on a VR-capable workstation and HTC Vive during the late summer of 2017. I had previously experienced a number of less-immersive experiences, but I was now, for the first time, able to do a deep-dive into the virtual landscape, slowly coming to understand what kinds of experiences amazed me and those that simply didn’t.

I started, of course, with the most-hyped experiences of which I was aware, from zombie-invasion jump scares to troll-infested social experiments. I certainly had my share of fun, but after honest reflection I remained skeptical of the long-term potential for VR. Over time, however, I continued working my way down to what I at the time considered a sort of second-class-citizen of the virtual ecosystem: apps which existed previously in 2D form but were ported over during the VR hype-cycle. Low and behold, when I had finally lowered my expectations and let my guard down just enough, an old and familiar friend from the desktop days popped up and changed everything. Of all possible experiences, my personal “killer app” turned out to be Google Earth VR.

Don’t get me wrong: Google Earth is a stunning technological endeavor even in its traditional format. It’s just a vastly more satisfying and remarkably beautiful experience in VR. I just hadn’t expected that something I used on a more-or-less weekly basis, something that was literally lying directly before my eyes, would turn me from a cautiously optimistic skeptic to a die-hard believer in the potential of VR tech. There are, of course, some fairly obvious ways in which Google Earth VR and related experiences could change the way we think about education, leisure, and science. But just as I had never expected Google Earth VR to shatter any preconceived notions, I certainly didn’t expect it to enlighten my understanding of the future of healthcare and behavioral health therapy.

Jumping back a few (or, 16) years will provide some context. It was during my senior year of high school that I first began to notice some unusual patterns in my thinking and general sense of wellbeing. Genuinely minor “hiccups” in my day led to disproportional consternation, with racing internal dialog convincing me of surely catastrophic outcomes. My mental anxieties began manifesting in physical symptoms, from a tightness in my chest and knots in my stomach to dizziness and nausea. Mental exhaustion eventually turned to physical exhaustion, leaving me bedridden with an overwhelming sense of fear, sadness, and despondency. Seemingly out of nowhere, I had developed (and was professionally diagnosed with) generalized anxiety and depression. Fortunately, a combination of family support, professional counseling, and, yes, medication had me back on my feet and feeling like my old self in relatively short order.

While there have been a number of painfully difficult and dark times that followed, now sixteen years older, I find myself with a much better understanding of my own mental health and a much better ability to manage my symptoms. Over time I discovered a combination of medication, counseling, and healthy lifestyle changes that has allowed me to stay grounded and hopeful, present and at ease. What has always intrigued me most, however, is the number of particular places and experiences that I’ve noticed to almost immediately and without failure invoke a sense of calm, peaceful connectedness, and I’ve only recently realized that this phenomenon is not only not unique to me but is actually a part of the larger, shared human experience.

Measuring in at roughly 93 billion-light years (per Wikipedia), the currently observable universe is an almost inconceivably large expanse. It seems natural, then, that many of us have experienced the feeling that as individual humans we are but imperceptibly tiny actors on an infinitely grand stage. For some, this feeling is invoked by the sandy beach at the edge of a seemingly endless expanse of ocean, and for others it occurs while at the summit of one of the world’s great mountain peaks, but many of us have shared the sense of serenity and mindfulness that tends to accompany such amazing experiences.

As it turns out, this feeling is so commonly described and reported that it has a name: the Overview Effect. As describe in Jeremy Bailenson’s “Experience On Demand” (a wonderful book on the power of VR that I endorse as frequently as I’m given the opportunity), the Overview Effect technically refers to a very specific experience frequently reported by astronauts returning to Earth from space and having seen a perspective of the planet in which it appears almost inconsequentially small, yet more beautifully vibrant than ever amidst the endless, black void of space. Just like our more common experiences of the vastness of an ocean or mountain range, though, the Overview Effect seems to tap into some natural human tendency to the realization of not only our own physical insignificance, but also the insignificance our daily problems and fears when compared to the enormity of existence. Given the seemingly ubiquitous nature of this phenomenon, it begs the question: what if it were possible to tap into this natural predisposition to self-reflection and calm using VR? Re-enter our old friend, Google Earth.

During my first experience with Google Earth VR using the HTC Vive, I was amazed. The 3D renderings of everything from the skyscrapers of Dubai to the natural formations of the western United States are beautiful, and the ability to immediately transport oneself to the farthest reaches of the world is giggle-inducingly fun. As soon as I finished the tutorial, I headed straight for one of the places I’ve always found incredible: the Bavarian hills of southern Germany, home to the inspiration of Disney’s Cinderella’s Castle, Neuschwanstein.

When I (virtually) arrived, I found it to be everything I hoped it would be, but it wasn’t until I lowered the sun in the sky and cast a beautifully picturesque sunset glow over the scene (a favorite feature of mine) and turned around to find myself floating over a small pastoral village at the foothills of the castle that I immediately and unexpectedly experienced the Overview Effect wave over me with nearly the same force and effectiveness as I’ve ever felt. Despite not even realizing I was physically tense, I felt a warm rush of blood flow across my chest, easing my muscles. I found myself smiling and appreciating the natural beauty of the world in a way that is normally reserved for vacation and travel to exciting new places.

It was at this very moment that I finally understood the power of virtual reality and the potential it holds for truly revolutionizing behavioral healthcare. By simply escaping from my current reality for a few short moments into the peace of the virtual world, I and millions of people just like me could effectively head-off the creeping effects of depression and anxiety early and before the point of overwhelm. Suffice it to say, I suddenly realized that I had found an amazing additional tool for managing my own health and wellbeing that I never expected would exist during my lifetime.

And just like that, almost in spite of my lowered expectations for what Google Earth VR could possibly add to the cannon of virtual reality experience, mine was so moving that it changed not only the trajectory of my career but also my sense of purpose as a contributor to the cause of improving the lives of the millions of people affected by mental health conditions around the world. How’s that for revolutionary?

David Waltenbaugh is the founder and Creative Director of Media Plural, an immersive media production and strategy company focused on stunning 360-degree video, spatial audio and music, and interactive content for brands, entertainment, education, and beyond.