The developers at We Are Fuzzy was once a bunch of kids who feared the monsters under their beds. But now they’ve created a game where the kids are empowered to fight back against those nighttime beasts. We Are Fuzzy’s Sleep Tight twin-stick shooter debuts today on Steam on the PC and the Nintendo Switch in North America.

Sleep Tight does a great job of making fun out of a universal nightmare. It is a small, contained game with a Pixar-like art style from a Los Angeles-based indie team that has worked on the game for more than two years. In the game, you play a kid who builds a base with pillows and furniture during the day. When night comes, he hides and shoots his Nerf gun at the monsters as they attack from all directions.

It’s kind of like having the creatures in the Monsters, Inc. film creep out of the closet and start attacking the lone kid. He has to fight back against them using his customized toy Nerf guns and use barriers to block them. It’s like an arcade shooter and a tower-defense game combined. For kids or adults, the game is “wrapped in blankets of nostalgia.” 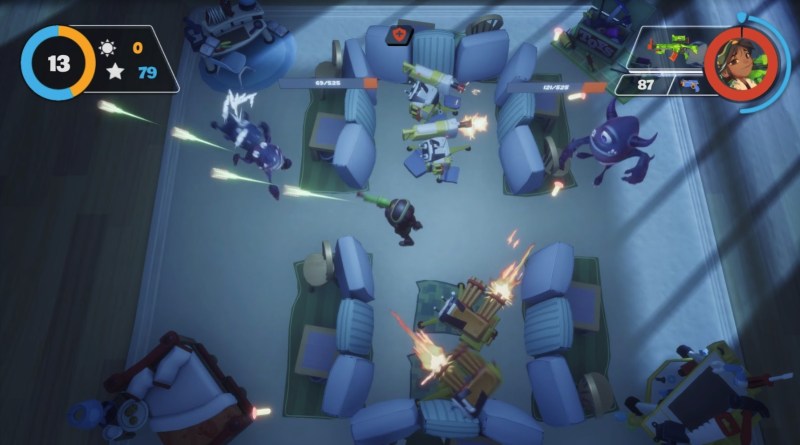 Above: You can enlist auto turrets to fight monsters in Sleep Tight.

Five of the 12 unlockable characters will feature their own game modes. For instance, Tommy has an Operation Commando mode. Picasso has an Ultimate Pillow For mode, and Kodie has a Trial of the Teddy mode. Sleep Tight will also feature Mixer functionality, allowing players to help or harm livestreamers by doing things like dropping items, spawning more monsters, turning out the lights, or putting a time limit on how long players have until the next night begins.

We Are Fuzzy was formed in 2017 to build the game by Maxx Burman, the creative director, who rounded up his friends from work as a visual effects artist on properties such as Far Cry, League of Legends, Westworld, Game of Thrones, Call of Duty, Destiny, and Titanfall. He was joined by former Disney character artist Dylan Ekren and ex-Ubisoft designer Oscar Mar. 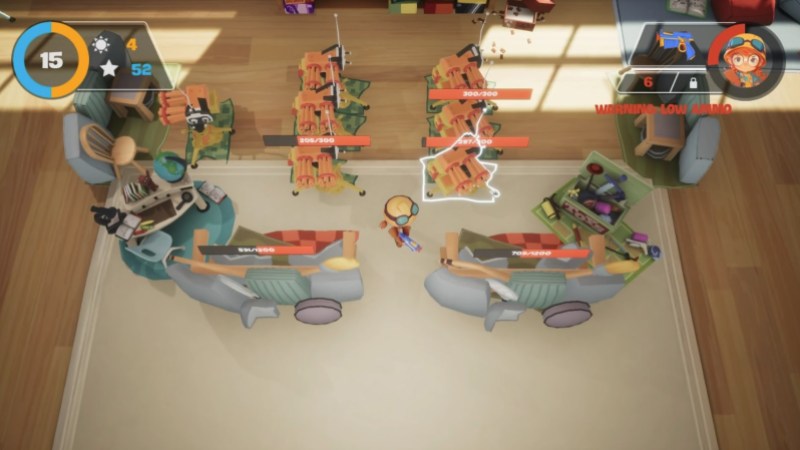 Above: You can shop for more gear in Sleep Tight.

It makes creative use of bases and toy weaponry like dart guns and water balloons so the lone kid can defend his or her bedroom against endless hordes of monsters that creep out of the shadows at night. Those monsters come in waves, and you can repair the damage they do in between rounds or upgrade weapons.

You can hide behind a fort and let turrets do the work for you.

“Sleep Tight started out as a dream we had as children,” said Burman, in a statement. “It’s been an incredible ride bringing that dream to life and we’re proud to finally share it with everyone today as we launch on Nintendo Switch and PC.”