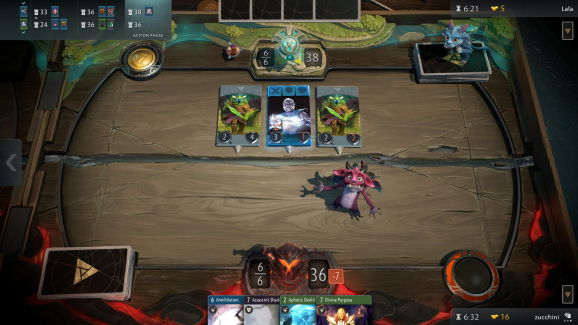 Valve announced today that is targeting a November 28 release for its digital card game, Artifact. The $20 game will be available on Steam, Valve’s digital PC gaming store.

Card games are an important and growing market in video games worth $1.3 billion in 2017, research firm Superdata reports, and should hit $1.7 billion in 2019. Blizzard’s Hearthstone rules, making 3.3 times more than its closet competitor.

Artifact takes cues from another Valve game, Dota 2. The MOBA’s heroes and characters serve as the inspiration for Artifact’s cards. Artifact also has similar gameplay ideas. Action takes place in three lanes (represented as three different boards), and you have to attack the enemy’s towers while defending your own.

Even if you aren’t a fan of digital card games, this is a big event for Valve. Artifact will be the developer’s first major game release since Dota 2 came out in 2013.

When I played Artifact earlier this year at Valve, I appreciated its complexity. Valve is also bringing ambitious features to the game, including giving players the opportunity to trade digital cards or sell them for real money. Valve is also letting fans create their own artwork for cards.