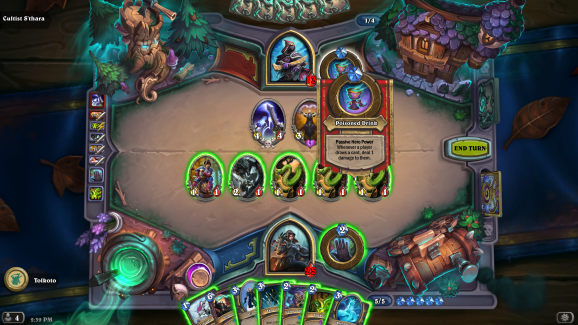 Gaming intelligence group SuperData has released a new report on the digital card game market, noting that it expects this segment to earn $1.5 billion in 2018 and that this should increase to $2 billion by 2020.

Blizzard launched Hearthstone in 2014, and it helped start the digital card game explosion. While it has competitors with games like The Elder Scrolls: Legends, Magic: The Gathering — Arena, and Gwent, Hearthstone is still at the top.

Hearthstone also one of the most popular games on the livestreaming site Twitch, and its viewership grew 14.5 percent in the year’s second quarter. On Twitch, fans like to watch players like Octavian “Kripparrian” Morosan play casually and competitively. Blizzard supports Hearthstone’s esports scene with a steady supply of sponsored tournaments.