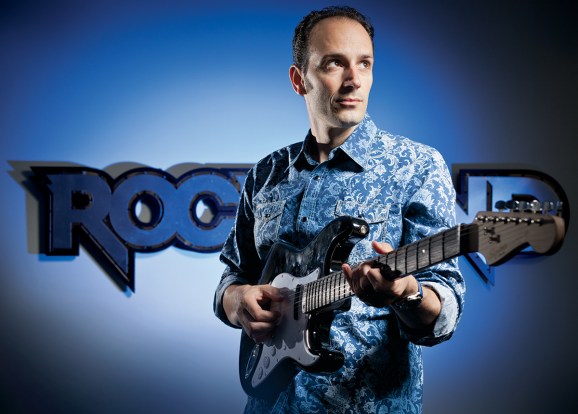 Rock Band creator Harmonix Music Systems said that Lineage creator NCSoft will publish its next game as part of a strategic partnership.

The companies didn’t say what game that will be and noted it is still in “extremely early stages of development” for the PC and consoles. More details will come later. But while NCSoft specializes in massively multiplayer online role-playing games (MMORPGs), it looks like this one will go beyond that category. It is one more sign of increasing U.S.-Asian collaboration in the games business.

“This partnership is representative of NCSoft’s ambition to reach beyond the PC and mobile MMORPG space with new and innovative titles,” said Songyee Yoon, president of NCSoft, in a statement. “Harmonix’s decades of expertise at the intersection of music licensing and video game development are second to none, and we can’t wait to introduce their upcoming project to the world.”

Harmonix has created a wide variety of music games over the years, most recently the fun Dropmix electronic board game.

“We’re thrilled to team up with NCSoft as a publisher that shares our vision for the evolution of entertainment, and what it takes to build a community on modern gaming platforms,” said Steve Janiak, CEO of Harmonix, in a statement. “NCSoft’s stellar reputation as a partner, combined with its incredible publishing expertise, means that we can focus fully on developing our next genre-defining music experience. I am fully confident they will help deliver what I genuinely believe will be a one-of-a-kind game.”

The partnership with Harmonix is the latest high-profile partnership NCSoft has made in recent years and is part of the company’s current strategy to expand its presence in the digital entertainment space.

It follows the recent investment of approximately $19.7 million in the VFX studio 4th Creative Party (Okja, Snowpiercer) and other third-party game developers, including This Game Studio.