Reviews of Microsoft’s Surface Go came out yesterday, and the results were mixed. There are a few reasons why that isn’t bad news for Microsoft, but the main explanation comes down to the company’s Surface strategy.

To summarize all the reviews: If you’re looking for a small laptop-tablet hybrid, the Surface Go is a serious contender, even if you must pay more than the starting $399 price tag. But that doesn’t mean you can’t find something cheaper, more powerful, or more to your liking. And that’s fine — Microsoft did not set out to create a device that caters to everyone.

In fact, this serves as a good reminder that Microsoft’s taking the opposite approach — “a rising tide lifts all boats” tactic, if you will. Don’t like what the Surface Go has to offer? That’s fine, there are plenty of Windows devices to choose from, and they’re about to get even better.

(Side note: I really like the short and sweet name. Not only does the two-letter word underscore the device’s diminutive size, but I’m hoping that someone says they did/read/wrote something “on the Go” without realizing the double meaning.)

Despite the fact Surface is a billion dollar — and growing — business for Microsoft, it’s still tiny when compared to the larger PC and tablet markets. The Surface brand has been around for almost six years and it still doesn’t register in the top five for PC makers or tablet makers.

While I’m sure Microsoft wants Surface to capture market share, the goal is not to unseat leaders Lenovo, HP, and Dell. Indeed, the primary mission is to push the envelope for the whole industry.

This is exactly why people want one, even if they have no use for it. They recognize the full desktop operating system, lack of bloatware, and superior build quality that simply are not seen in devices of such small sizes. 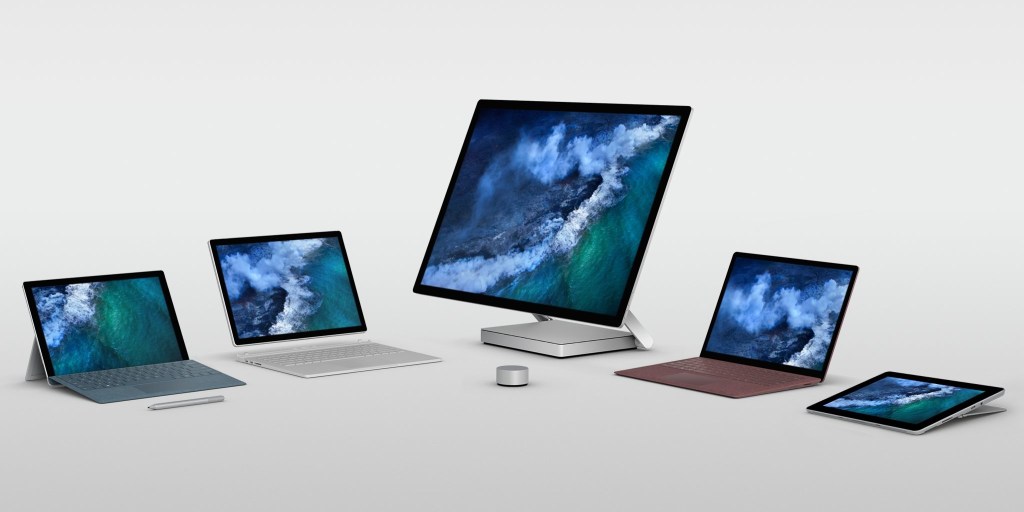 I also have no use for a Surface Go. Microsoft now has a full — if not overflowing — Surface lineup and my personal preference happens to be on the opposite end of the spectrum: My ideal laptop is probably a 15-inch Surface Book 2.

But if you’re not like me, I would recommend you go try a Surface Go. See if the size, weight, and feel of the device is up your alley. Maybe it makes sense for your employees, your students, or your kids.

And if it’s not quite right, just wait a bit. There will soon be plenty of Surface Go competitors.